Watch out, Huntington Beach. Another California city wants the title of "surf city." 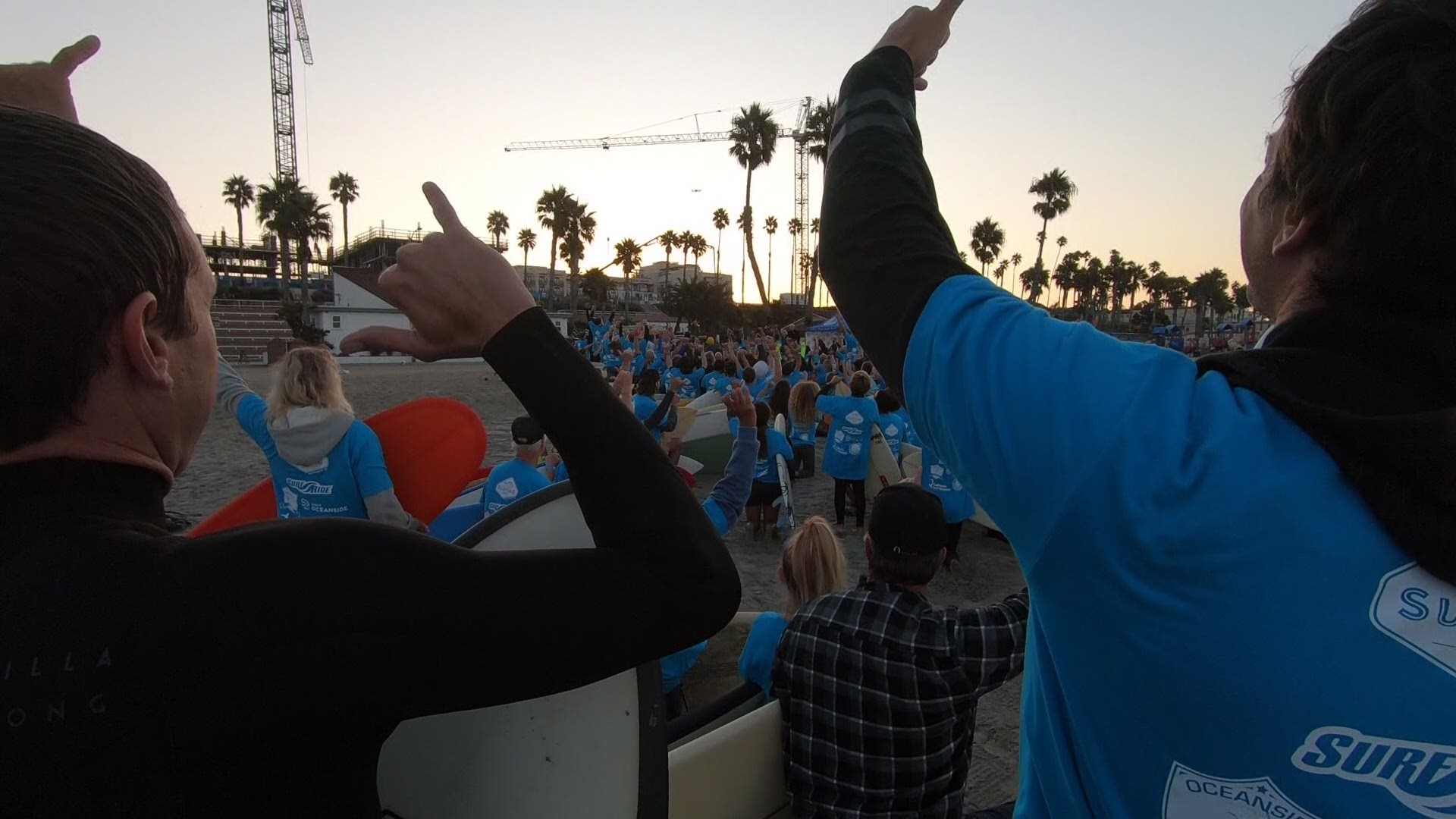 I suppose if the mayor of a major San Diego County city tells you it's okay to be late to work, you should go surfing.

In this Zevely Zone, I went to Oceanside for the “Stop, Drop and Surf” event.  It was an early morning "board meeting" called by the mayor of Oceanside himself.

Last year, state lawmakers authorized an official California surfing day and proclaimed surfing the state's official sport.  The surfing greats of Oceanside figured why not organize a Stop, Drop and Surf event?  The mayor himself told local businesses to allow surfers a grace period to be late the work.  Oceanside's Mayor Peter Weiss honored the holiday with an official city certification at the Sept. 11 City Council meeting.

"As California's ‘surf capital,’ Oceanside is the birthplace of some of the greatest surfers, many beloved surf brands plus renowned surf shops, shapers and manufacturers," says Jeff Warner, vice president of the Oceanside Longboard Surfing Club, which is helping coordinate the event. "Oceanside is truly the epitome of living the surf lifestyle, so it is fitting that we come together and honor this day."

Want to be known as California's surf capital?  You better have a surf museum where visitors can drop in.  The museum's most popular attraction is its Bethany Hamilton exhibit which features the board she was riding when the shark attacked her.

Rick Wilson, a six-decade surfer, is a docent at the California Surf Museum.

Hamilton's surfboard is arguably the most famous board in the world.

"You know, one day we got a call and ‘would you like to have her board on display?’ and we said ‘are you kidding? Of course!’" said Wilson.

The museum also offers a history of surfboards dating back to ancient Hawaii when boards were huge hunks of wood, all the way through to modern times.

"Yeah the white board that you are pointing out is a board Kelly Slater, an 11- time world champion, used in 2013," said Wilson. "It's great. We are very proud to have that board here."

Not everyone can surf like Kelly Slater, but every surfer can feel the rush of catching a nice wave and missing a little work on California's second annual surf day.