'One human helping another human' along La Mesa freeway

La Mesa woman is helping an Albanian homeless man who does not speak English. 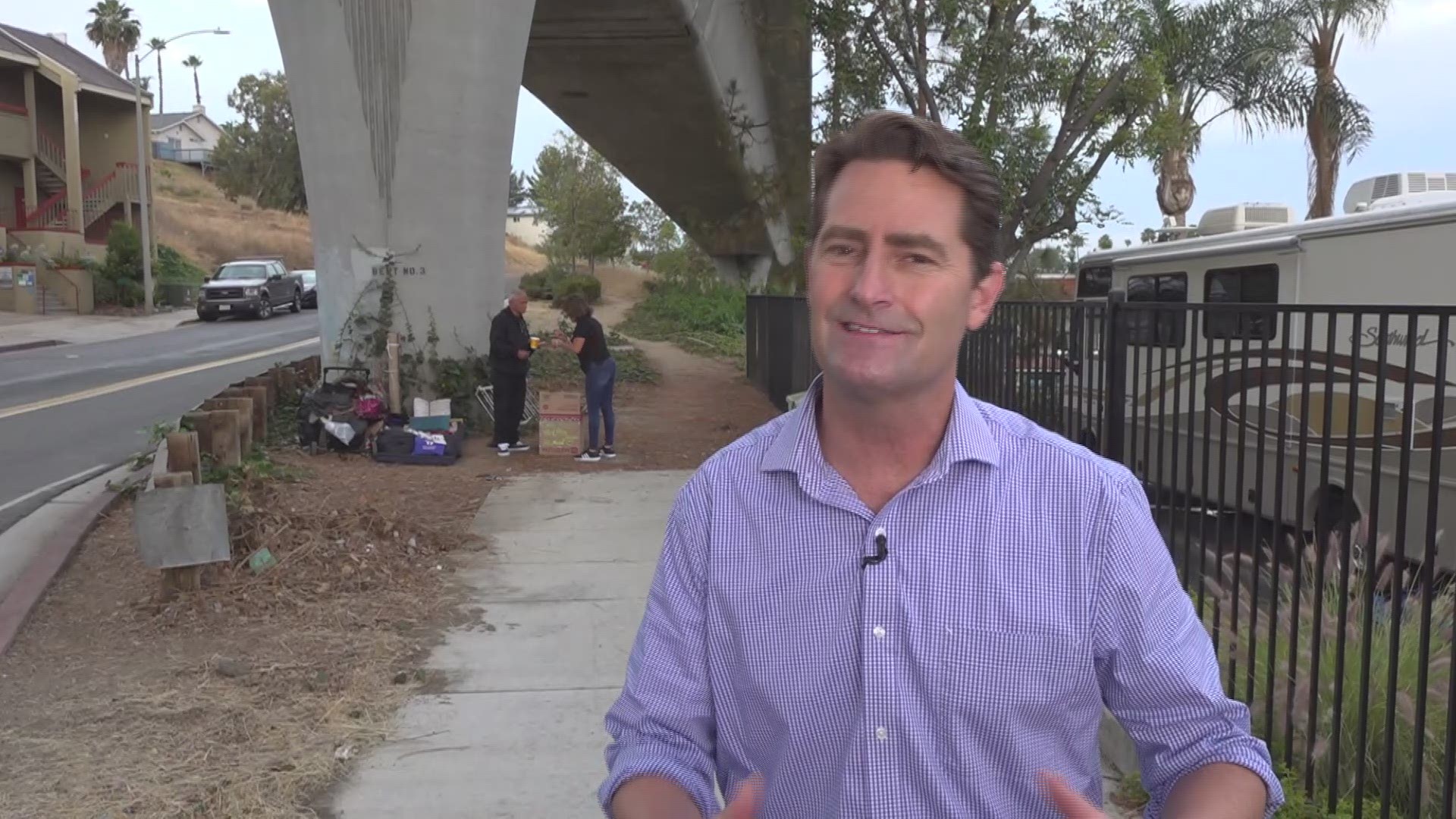 LA MESA, Calif. — Even when two people speak different languages, no words are needed to understand an act of kindness. In this Zevely Zone, I went to La Mesa where one human is helping another. "I see this gentleman, this homeless man. He's a good man," said La Mesa resident Michelle Margott.  We've all seen, people down on their luck but a few months ago Michelle decided to do something about it. "My heart was struck literally I just felt this need to help him,' said Michelle.

On this day, she brought coffee, breakfast, and a box. "It says One Human helping another Human," said Michelle. "I didn't know his name and so I am human and so is he. We are all equal, we are all human beings."

Michelle started handing the gifts to the man who appears to be in his late 60's or early 70's. "A new jacket," said Michelle. "I want you to put these shoes on." Michelle bought the man a new pair of Vans along with deodorant, toothbrush, a blanket, and gift cards. "This is Target," said Michelle. "This is from 7-11."

She even bough the grateful man hair clippers for a shave and haircut. "We cut his hair the other day and he tried it by himself," said Michelle.  Both she and the man laughed at the same time because he accidentally cut a bald spot on the side of his head with the clippers.

You'd be surprised how complicated an act of kindness can be. The man is from Albania, and he doesn't speak English. "I wish I spoke Albanian," laughed Michelle. The homeless man also laughed and said, "Albania, yes, ha, ha, ha."

They tried to communicate by drawing in the dirt. Michelle even downloaded a language translation app on her phone. "We need a translator we need an Albanian translator please," said Michelle. Asking for help is the reason Michelle contacted News 8. She wants to learn more about the man's story and help him find a job.

They're making progress and finally figured out their first names.  "Joc," said the man pointing to himself and then said "Michelle" while pointing as his new friend. "I see quite a few people asking for money and a handout, he needs a hand up, there's a difference," said Michelle who said she has never seen Joc ask anyone for money. "There is something good about this man, I just know it, I don't see alcohol, he cleans up every day his little camp and you don't even know he's here, this is not where he is supposed to be in life," said Michelle.

We've all had our struggles in life. Michelle's been unemployment herself. "You know we all deserve second chances," said Michelle. La Mesa neighbors are all getting behind Joc as well.  Several stopped to say hello. "I hope everyone sees and as a community of San Diego we can help one another so help me to help him," said Michelle.

Joc continued to smile and joyfully speak Albanian. Michelle may not know what Jock was saying, but she figured if Joc kept pointing at heaven, she was on the right path. "He wants to live, he has zest for life, it's just he has a language barrier," said Michelle.

If you'd like to help Joc find a job and perhaps a place to live, send an email to ZevelyZone@kfmb.com.