During the event, people are encouraged to donate their hair so it can be made into wigs that are then given to cancer patients. 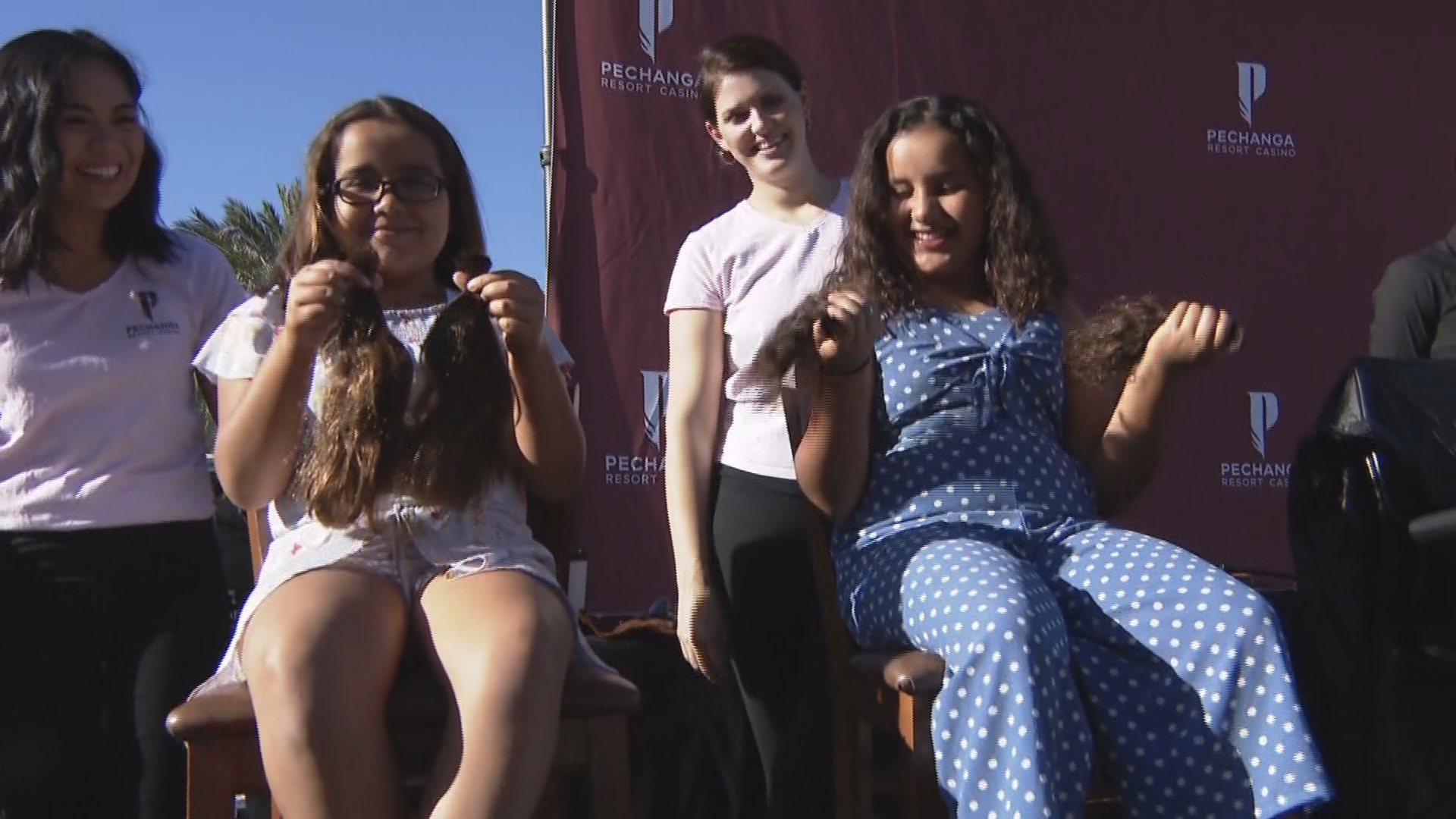 TEMECULA, Calif. — Sometimes beauty in a hair salon has nothing to do with mirrors and makeovers. Over the past seven years more than 500 ponytails have been donated to help make cancer wigs at Spa Pechanga. In this Zevely Zone, I went to Temecula for Spa Pechanga's seventh Annual "Mane Campaign" in support of Breast Cancer Awareness Month.

Janet just slipped on a cancer wig. Chemotherapy left Janet bald and she said the wig is a gift she'll never forget.

"I don't go in public, you know I always have a hat on or a scarf to hide it, but I'm finding it's nothing to be ashamed of," said Janet. "It takes a lot out of you going through this and you depend so much on everyone else's strength to help you."

This is the seventh year Pechanga Resort and Casino has hosted a Hair-A-Thon. Dozens of women and men arrived to donate their hair.

"Does it take guts for these girls to make this sacrifice?" I asked.

The spa set up a stage for the Hair-A-Thon. Two sisters Aaliyah, age 11, and Alissa, age 9, donated their ponytails for their mother who survived breast cancer.

But so many others are fighting for their lives.

"Just this past Monday, my friend had a double mastectomy. I saw this and it's the least I can do," said Melissa Dooling.

She donated her hair in honor of her friend Michelle.

"She passed away five years ago from breast cancer," said April.

Another donor took the stage by the name of Leticia Renteria. Her step mother, Rowena, died in 2008 so she is always growing her hair for the cause.

Whether the donations come from women or men, they are used to make cancer wigs for people like Janet going through chemotherapy.

"When somebody gets a wig made out of human hair the feel of it is soft and beautiful and nice and comfortable and it gives them a piece of their dignity back," said Suzanne Chimera, Founder of Hair We Share.

Suzanne flew here from New York City to give Janet Mroz her wig.

"Thank you so much," said Janet. Suzanne says she flew across the country for this moment and to hear these words, "I feel prettier again," which Janet said with tears in her eyes.

If you'd like to grow your hair out for next year, Spa Pechanga offers free cuts and styles throughout the entire month of October.  For more information on what you can do to help, click here.

RELATED: 'Miles for Melanoma': Taking steps towards a cure