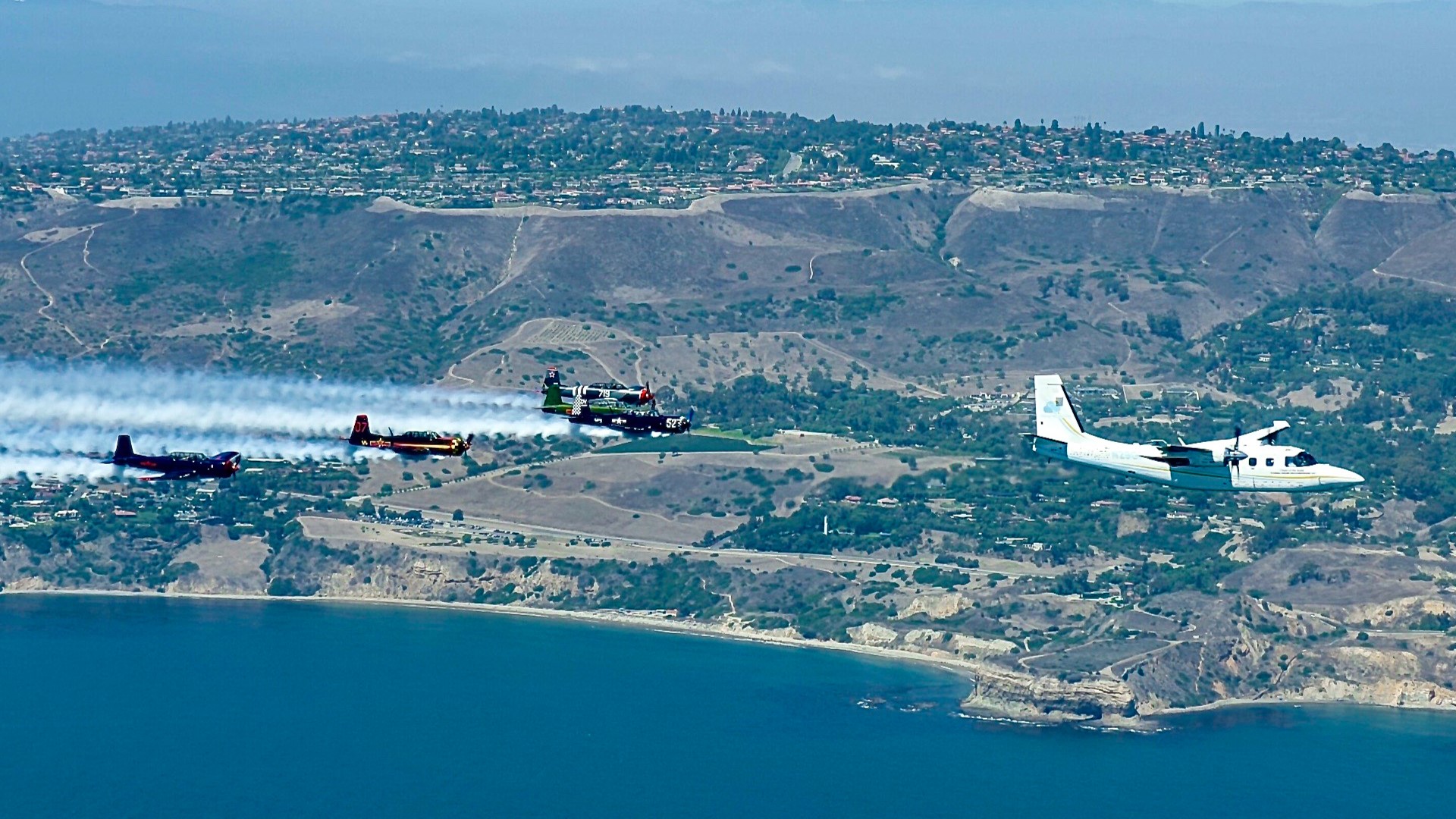 EL CAJON, Calif. — During the last few months, while many Americans were under quarantine, a San Diego pilot was circumnavigating the world in the name of science and peace. In this Zevely Zone, I went to Gillespie Field for the first interview with the Zen Pilot.

Robert DeLaurentis just finished flying his plane the Citizen of the World to the South, then North Pole, and back again.

"You know it's a little overwhelming actually I've been thinking about this for nine months and to actually be here is kind of hard to believe really," said Robert.

DeLaurentis set out on a record-setting 26,000 mile, 22-country, six-continent flight to connect the only two places on the planet where there has always been peace: the North and South poles.

Along the way, he interviewed leaders and local residents for an upcoming documentary "Peace Pilot to the Ends of the Earth and Beyond," asking them, "What does it mean to be a "Citizen of the World for the World?" In addition, Robert also set multiple first-time aviation innovation records.

"It's like the universe threw everything at us it had cyclones, pandemics, bursting fuel tanks, but we were not going to walk away from the mission," said Robert. "I took the biggest chance of my life with this Pole to Pole peace mission."

During his flight, Robert conducted experiments for both NASA and Scripps Institution of Oceanography. One of those experiments included putting tape on the nose of his aircraft to collect micro-fibers and see if by chance COVID-19 is floating in the atmosphere. Robert risked his life collecting those samples. For eight hours on his way to the North Pole, he flew in confusion with both communication and navigation failure.

"Through the clouds, there was just a sliver I could see and it was all water and ice," said Robert who said without a stroke of luck he would have run out of fuel.

He had $150,000 worth of equipment that failed but thank goodness he had a backup plan.

"My back up plan was the iPad and the reason why it worked, we believe, is because it could pick up the Russian satellites," Robert said.

The Navy veteran relied on his training to stay focused and walked away from his Pole-to-Pole peace mission with these thoughts.

"What we realized was the thing that connects us all is humanity," Robert said.

While approaching Southern California, Robert was met by the Tiger Squadron.

"That was an amazing welcome home," said Robert.

I asked him, "Is that the equivalent to an aerial red carpet?"

What is the first thing he will do now that he's home?

"I am going to go for a walk in Balboa Park, it's a favorite place," said Robert with tears in his eyes. "It's been a very emotional trip you know. It wasn't a mission of one it was a mission of many."

RELATED: San Diego pilot flying around the world is grounded in Spain

Robert tested negative for COVID-19 at the end of the trip. He hopes a ten-part docu-series of his trip will possibly air on the Discovery Channel. Learn more at www.PoleToPoleFlight.com.