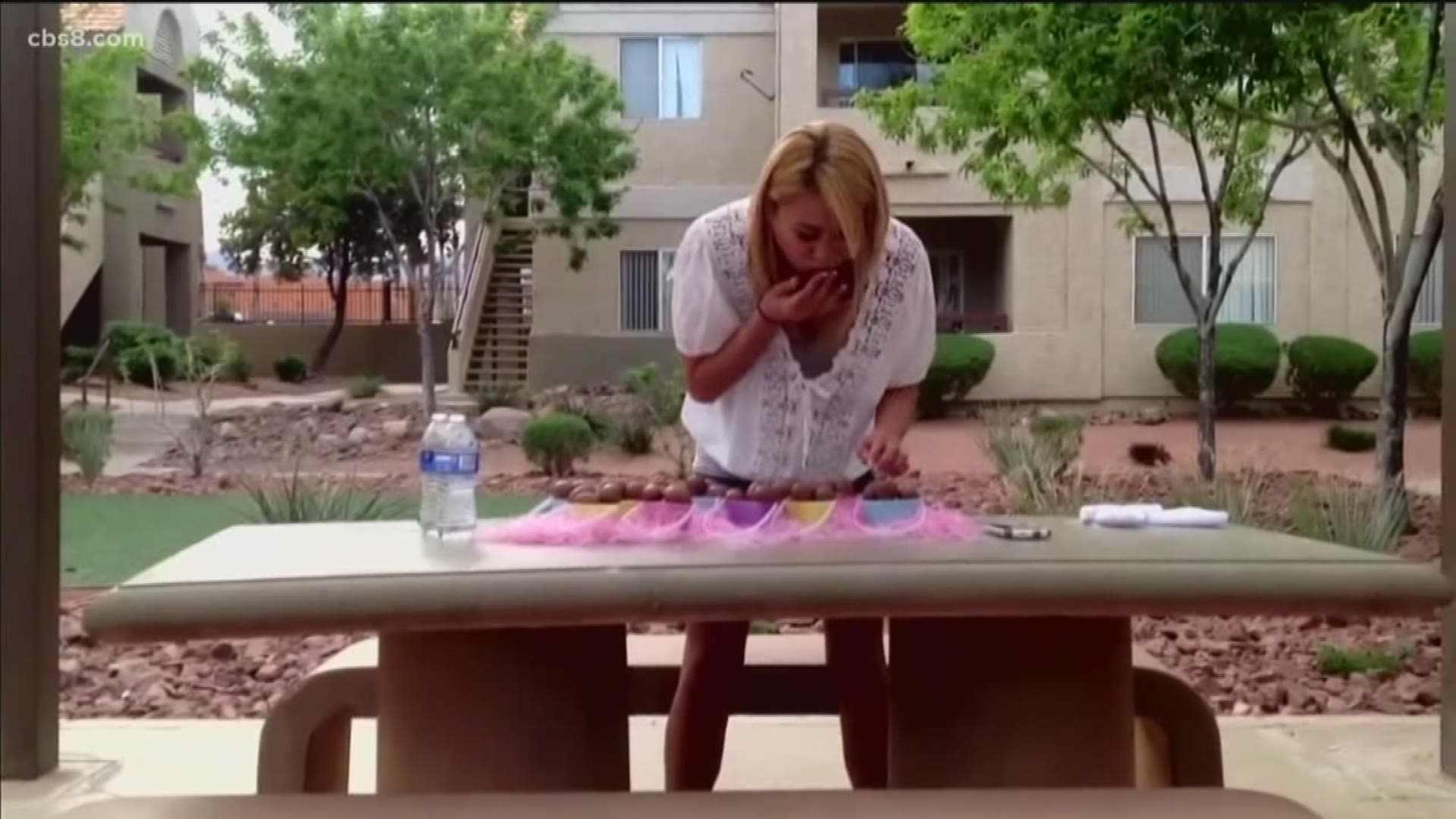 SAN DIEGO — Ask Miki Sudo what she does for a living, and she might avoid the question.

"I usually just tell them I went to school for international business. I try to avoid the whole competitive eating aspect because it raises more questions than it answers," said Miki.

"I've never lost a hot dog contest in my life and I don't plan to start this year. I am going for my sixth belt and I hope everybody back home wishes me luck," said Miki.

The Arizona resident is in San Diego for The Salvation Army’s National Donut Day Donut Eating Championship aboard the USS Midway Museum. The top-ranked female competitive eater Miki Sudo will square off with the legendary Matt Stonie on the flight deck of the USS Midway for the competition.

The Salvation Army’s long history of support to the men and women in uniform began in 1918 when more than 200 “Donut Lassies,” traveled to the fields of France and served the comforts of home (donuts and coffee) to soldiers during World War I. More than 100 years later, The Salvation Army still serves veterans with shelter, counseling and employment services.

Donut shops from San Diego to L.A. will participate in the event, raising funds for The Salvation Army’s many programs. There will be music, recognition of a World War II veteran, free donuts and the crowning of a new donut-eating world champion.

"They would use shell casings to roll the dough. They would cook some of the donuts in helmets that they found," said Robert Brennan from the Salvation Army.  "We are asking people to help others, so that is a good thing and we are not asking for anyone to do anything but come here and have a great time. Have some free donuts. Maybe make a donation. We are going to have Red Kettles, we will be selling T-shirts and all of the proceeds go to help veterans."

Who doesn't want to help a veteran, if that means dunking a few donuts?

"Count me in and count me down," said Zevely as he challenged Miki to a single donut eating race.

Miki downed her entire donut before Jeff could finish his first bite.

"Don't try this at home, be safe children," said Miki.

The Salvation Army’s Donut Day takes place on the USS Midway Flight Deck on Friday, June 7 at 10:30 am. Donut Day guests arriving before 10 am can enjoy the Donut Eating Contest for free on the flight-deck and afterwards tour the USS Midway Museum.