All proceeds generated from the race go directly to the Chula Vista Firefighter’s Foundation. Are you up for the challenge? 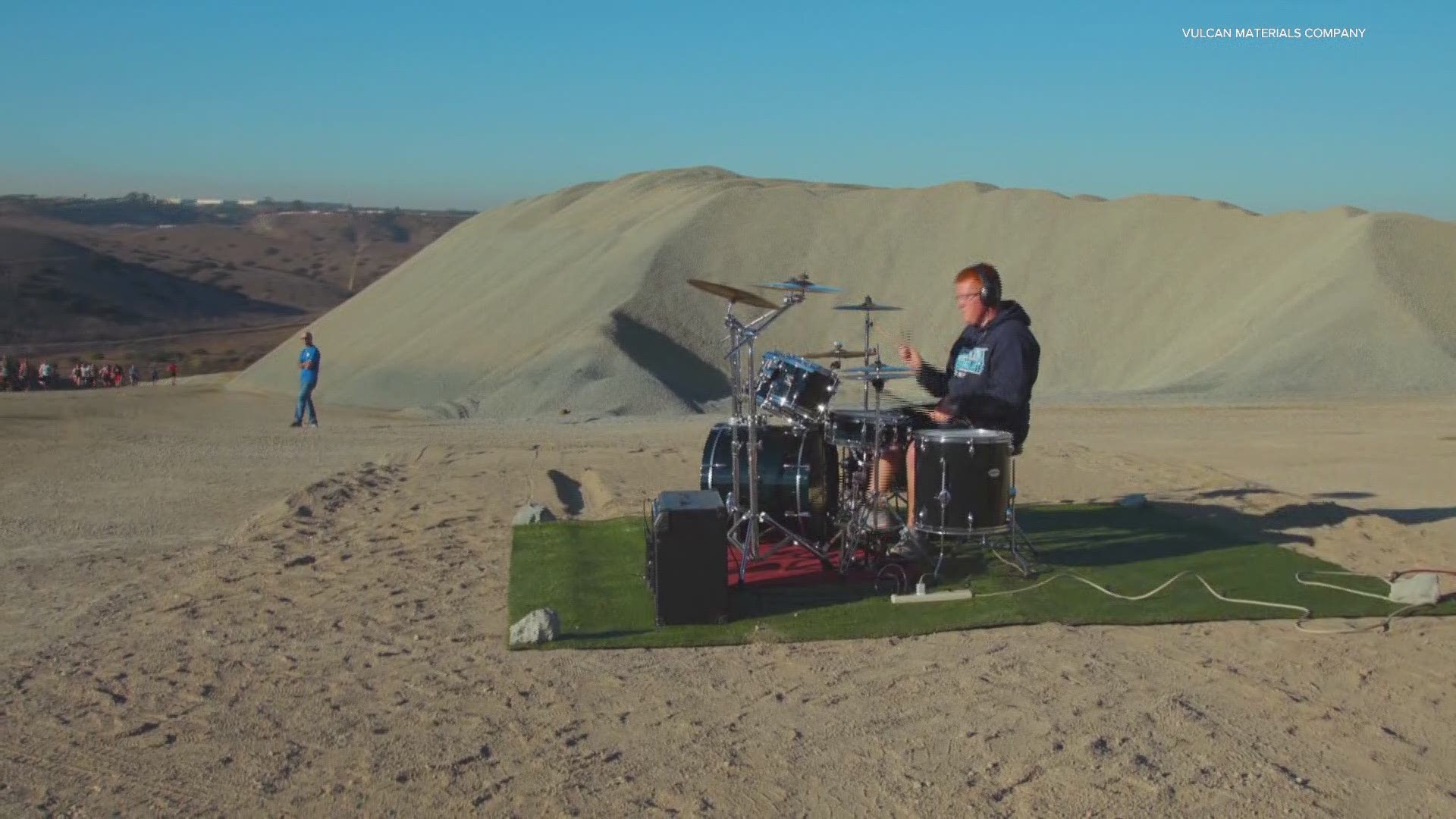 CHULA VISTA, Calif. — If you've ever wanted to rock out in a quarry, Nov. 2 is your chance to plunge into a pit of pain.

Barbara Goodrich-Welk is from the Vulcan Materials Company. She says you can walk or run for a good cause, but while you are surrounded by steep stone, you'll be huffing and puffing either way.

"We have found that people who are slow walkers enjoy it just as much as the hardcore ultimate racers because there is a lot of grade here, so if you are into the hardcore, racing you have about a mile and half of 16% grade, which if that doesn't wake you up first thing in the morning, I don't know what will," said Barbara.

All proceeds generated from the race go directly to the Chula Vista Firefighter’s Foundation, an organization dedicated to providing disaster relief, safety, education and community needs to the citizens of Chula Vista and surrounding areas.

Last year the Quarry Crusher Run was the most successful single-event fundraiser in the history of the Foundation. Race organizers hope to surpass last year’s numbers.

"Who wouldn't want to come running up a hill, down a hill and into a rock quarry?" asked Battalion Chief Sean Lowry.

He says the non-profit organization puts money in the hands of disaster victims when they've hit rock bottom.

"When we are showing, up it's usually your worst day, but we are able to show some compassion and prove some sympathy and empathy afterwards by direct disaster relief," said Lowry.

Although a Quarry Crusher Run sounds dangerous, the mine hasn't had an accident in more than 3,200 days. That's why you plan and train for the worst.

After all, organizers say you can sprint or stroll, because when you're helping others while enjoying an ocean view, that's just stone beautiful.

The Quarry Crusher Run is on Saturday, Nov. 2. It's presented by Hawthorne CAT. The Quarry Crusher Run offers two race categories: Single Crush-er (~3.5 miles) or racers can double down with the Double Crusher and run the course twice (~6 miles). Both races start at 8 a.m. at the Vulcan’s Chula Vista Quarry, which is located at 2275 Hard Rock Road in Chula Vista near the Mattress Firm Amphitheatre.

Race organizers hope to contribute $100,000 to the Chula Vista Firefighter’s Foundation. Organizers are offering $5 off registration if you type in the code "Zevely Zone." For more information, click here.