Ralph Rubio estimates that he has sold over 200 million fish tacos in his restaurants. 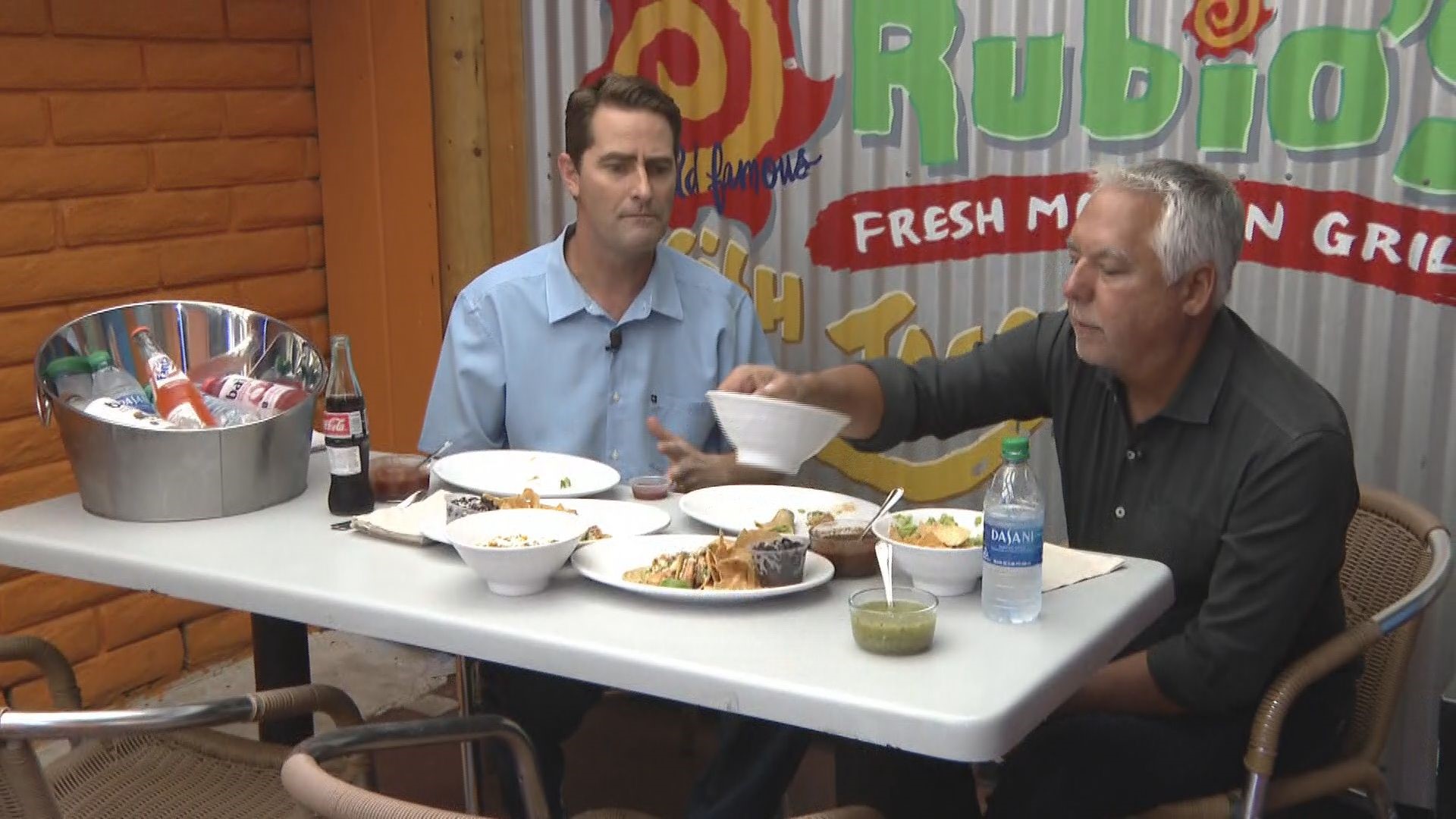 SAN DIEGO — Many people know Ralph Rubio as the San Diegan who brought the fish taco to America. In this Zevely Zone, I met Ralph for the first time at his original Rubio's in Mission Beach. We started by going down memory lane with some old pictures. We looked at one in Baja California from the 1980's where Ralph is taking on a bull in the street. "What's going on here?" I asked. He responded, "Ha, that was on the way to San Felipe." It's a classic San Diego story that's no bull.

San Felipe is where Ralph fell in love with fish tacos and decided to bring them back to the United States. In 1983, when Orange Julius closed it's doors at this Mission Beach building, Ralph Rubio opened his first taco shop. "I really like Orange Julius," I joked. Ralph laughed and said, "But you'd rather have a Rubio's taco instead that's what you were going to say right?"

I grew up eating fish tacos in Baja and so did Ralph. "My first fish taco experience was in San Felipe which is on the Sea of Cortez," he said. Ralph graduated from SDSU on the five year plan. "Living at the beach, going to college," he said with a chuckle.

Ralph took his time in college mostly because of his surf trips to Baja. We looked at another picture of his classic Honda station wagon. "Ha, Rhonda Honda, that was the name of my car, Rhonda was a great car that lasted for like ten years." he said. Ralph loaded loaded Rhonda up with surfboards and his belly with tacos.

We sat at a table and instead of talking about the waves in Baja, we are hit with waves and waves of food. "Shrimp tacos. This is our Mexican street corn. The yellow, the green the fresh guacamole. This is our chipotle orange salad. This is our cilantro key lime bowl which is one of my favorites," said Ralph.  I told Ralph there was only so much food I could eat in one sitting.  "You got to be prepared for this I mean you signed up to eat some delicious food with me," said Ralph.

With my stomach nearing full capacity so was the restaurant. "Come on in sir," Ralph said as he opened the door for a customer. "We love Rubios thank you so much," the couple said.

The restaurant opened six minutes ago and Jim and Edna were standing at the the door with a crazy story. "You came from Utah to have a Rubio's taco?" I asked.  "We did," said Jim. "We drove all the way from Utah to come here to Mission Bay just to stop here at this particular Rubios," said Edna.

Later I asked Ralph about his super fans, "Does that happen all of the time?" He told me, "It does, it's a wonderful thing."  Who else could take street tacos to Wall street. We then looked at an old picture of when Rubio's launched it initial public offering. "This is when you hit the big time?" I asked.  "Yeah, yeah we did," said Ralph. What started off as one restaurant is now nearly two hundred. The menu is growing and so is my waistline.

More food arrived.  "Ah the original fish taco," said Ralph. He estimates he's sold 200 million of them.  "Whew," I said waving the white flag. He lets his food speak for itself. "Tell me when you want me to slow down," said Ralph. Right now his food is telling me I've had enough. "Come on Jeff you can do this," he said when a plate of burritos arrived with two salads.

Take a trip down memory lane with Ralph Rubio, "Any chance we could bring the mustache back?" I said.  "Ha, ha, no it's not coming back," said Ralph. You meet a man brave enough to take on the fish taco and bulls.  "Any tequila in your system back then?" I asked.  He said, "Ha, ha, ha, I can't speak to that it's been a long time."

Ralph Rubio told me he bought his favorite salsa recipe from a lobster restaurant in Baja for twenty dollars.  He's made millions of gallons of that salsa and says that was the best twenty dollars he's ever spent.

RELATED: Joshua the Jedi: Blind surfer shows off his skills