Sharp Grossmont is the first hospital in San Diego County to land the $500,000 device called the Monarch. 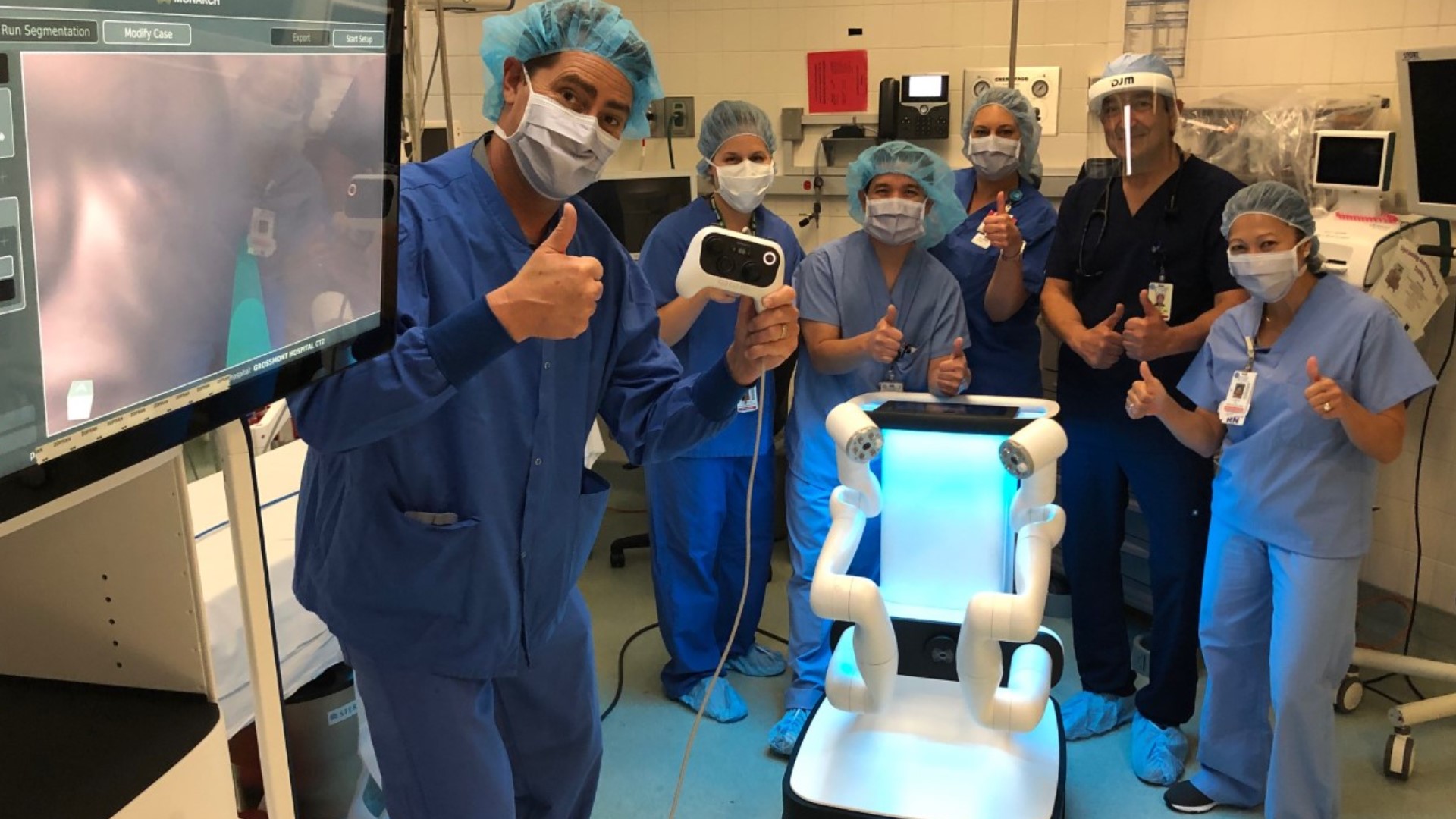 LA MESA, Calif. — A new robotic procedure is saving lives by helping to catch lung cancer earlier than ever. In this Zevely Zone, I visited Sharp Grossmont Hospital for the first look at the Monarch.

After gowning up from head to toe, I met Dr. Kaveh Bagheri who was scrubbed up and waiting for me in the O.R. He invited me to Sharp Grossmont to show me his new toy.

"We are very excited because now we able to do things we were not able to do previously," said Dr. Bagheri.

Sharp Grossmont is the first hospital in San Diego County to land this $500,000 device called the Monarch. Each year, more people in the U.S. die from lung cancer than any other type of cancer. Lung cancer is typically diagnosed in later stages when it has already spread.

This often happens because the cancer is not detected until symptoms appear or because traditional diagnostic methods cannot reach small nodules - masses of rounded or irregular shape - deep in the lungs. Robotic-assisted bronchoscopy catches cancer at its earliest stages.

"So the patient is lying down here. The patient is under general anesthesia and has a breathing tube going into their lungs," said Dr. Bagheri.

Using a joystick, Dr. Bagheri guides the robot to twist and turn a scope down into the tiny airways of the lungs.

"So these are the two robotic arms," said Dr. Bagheri. "The computer will give us the roadmap, and this is where we will be passing our bronchoscope and follow this path until we reach the nodule that we would like to biopsy."

Using a patient's CT Scan, the Monarch works just like GPS to guide you directly where you need to go.

"This isn't my first robotic procedure," I said.

Three years ago, at Sharp Coronado, I operated with the DaVinci robot extracting a black piece of licorice from a Channel 8 pinata.

"I see the offender," I said at the time. "That is disgusting that needs to come out."

It was as easy as taking candy from a baby.

RELATED: Be patient as Jeff tests out a surgery robot

Now with the Monarch, patients can get answers in 30 minutes or less.

Robotic-assisted bronchoscopy allows doctors to access and take samples of suspicious nodules in hard-to-reach areas of the lungs in order to determine if they are cancerous. The Monarch™ Platform at Sharp Grossmont provides greater control and precision along with 3D vision that enables doctors to reach parts of the lungs that are not accessible with conventional diagnostic methods.

RELATED: 14 staff members at San Diego hospital pregnant at once

So breathe easy San Diego, your lungs have a new lifesaver.