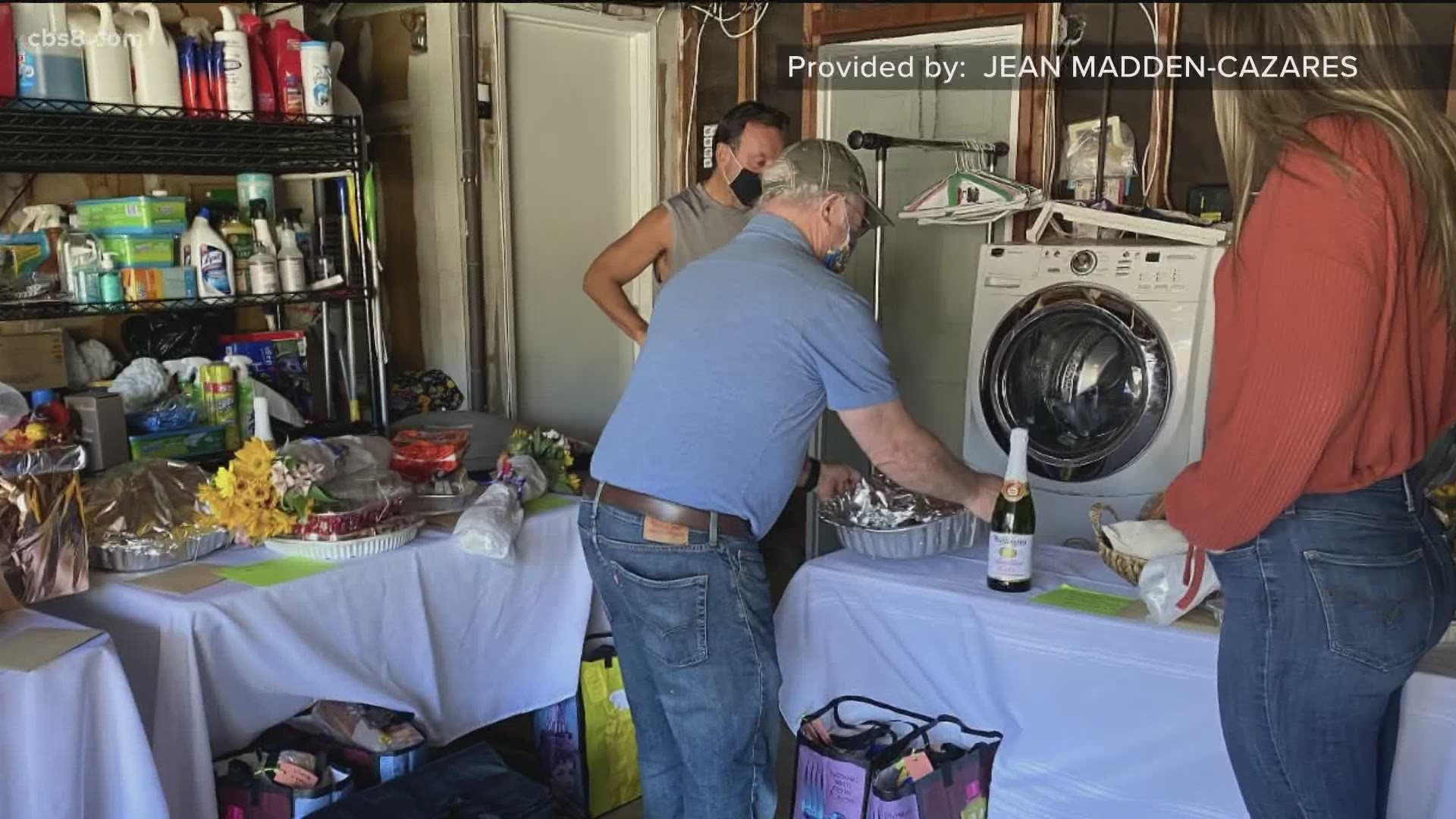 SAN DIEGO — A lot of people get overwhelmed cooking just one Thanksgiving Day dinner, but what about nine? In this Zevely Zone, I went to San Carlos where a whole neighborhood teamed up for an act of kindness.

"A little overwhelmed at first," said Jean. Most people would have panicked, but not Jean. She knew she could rely upon her husband Armando and daughters Ashley and Casey.  "I made gravy for the first time," said Casey.

There were a few firsts, like when Armando mistakenly bought frozen turkeys. "A little too hard, ha, ha, we thought they were cold not frozen," said Armando and Ashley.

Again, most people would have panicked. "My mom was our Girl Scout Troop leader for many years. It explains a lot," laughed Ashley.

What was harder to explain were the unexpected reinforcements. 35 neighbors in all, most of them strangers who pitched in to help.  "Wonderful, it was amazing just how many people just immediately responded," said Jean.

From a San Carlos kitchen, food was driven to families in Santee, Chula Vista, Spring Valley and El Cajon.

"The families that don't have a lot to share are always the quickest to offer to others, oh excuse me," said Armando on the verge of tears.   "I think it's allergies, ha, ha, ha," said Armando.

The families in need were either unemployed or lost loved a one to COVID and just couldn't cook for themselves this year.

"There was a person that was in a tragic car accident," said Jean.

RELATED: Need a hug? How about a hug from a free teddy bear?

So why not fill them up with love and a meal to remember.  The family told me what they delivered. "Turkey, macaroni and cheese, Brussel sprouts, mashed potatoes, stuffing, rolls, salad, appetizers, wine, cranberry sauce, sweet potatoes, pies, cinnamon rolls."

The only thing left to do was loosen your belt and thank the people who put the giving back in Thanksgiving.

"Thank you!!" yelled one of the many families who received the gift.

Along with the Thanksgiving dinners, those in need were given boxes of extra food for the weeks ahead.