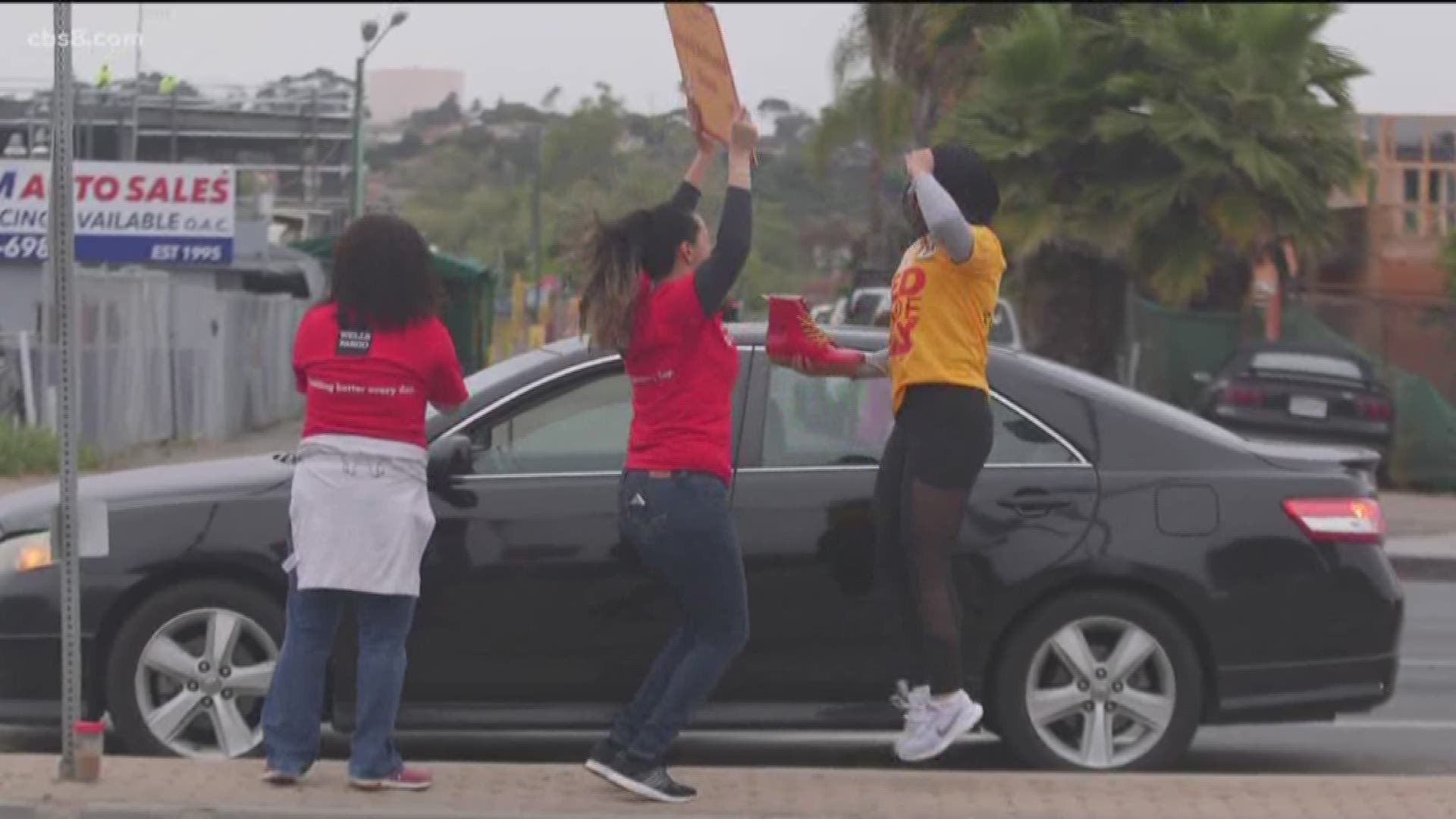 SAN DIEGO — Filling the Big Red Boot with loot may be a San Diego tradition, but on Thursday the Ronald McDonald House Charities of San Diego had to break in a Red Shoe rookie.

"They'll pull up. The money goes in here and then it goes to the Ronald McDonald House," said Ronald McDonald who explained to Jeff Zevely from the Zevely Zone how to collect money from San Diego commuters with a big red shoe.

Jeff needed all the help he could get because it was a crowded corner with a heavy hitter by the name of Mike Slater from AM 760. Mike was a blur dashing in and out of traffic collecting donations.

"Look at the boys helping out the Ronald McDonald House," said Slater as he ran up to a truck filled with San Diegans wanting to pitch in.

"Jeff is a rookie at this," said Mike collecting another twenty dollar bill.

Proceeds help provide a range of services to families of children in medical crisis, being treated at county hospitals. Services include meals, lodging, emotional support—providing a home away from home for 15,000 family members yearly.

Jeff admitted early on, he was searching for a strategy and in a donation dry spell.

"Get down low for the dough," said Jeff holding a Red Shoe Day sign a foot off the ground.

"Wax on. Wax off, " said Jeff trying to bait donors with his favorite Karate Kid move.

Mike Slater just smiled and said, "It's a marathon not a sprint, he's coming out real hot. He thinks he's a big timer but he's going to miss some donations. He's out here hooting and hollering. But you got to stay focused. He'll learn."

It was Ronald McDonald himself who suggested that Jeff step into a tutu.

"Taking it to the next level," said Zevely as he tried it on.

"I think you need all the help you can get Zev. I'll let you have all of the props and the gimmicks. I win with the heart," Slater responded.

Hundreds of thousand of dollars are raised on Red Shoe Day to help families of sick children all because San Diegans know how to dig deep.

"We got a hundred dollar bill which is always an exciting thing," said a volunteer on the other side of the street from the TV-Radio rivalry.

Jeff is now dancing in his tutu and the donors are responding.

"Thank you so much. That's a 20 dollar bill right there," said Zevely.

"Yeah he does have the moves I'll admit it. ⁬I thought he looked ridiculous but I admire him," said Slater.

"Hey Mike can you hold my boot? It's getting to heavy to hold," said Jeff

"We got Jeff broken in and it all changed when he put on the tutu," said Day.

This a day for everyone to be loud and proud.

When the Ronald McDonald House needs help all of San Diego knows how to bring it home.