Jeff met a San Diegan with all the right moves and is willing to roll the dice and bet you've never seen a basement filled with more than 600 board games. 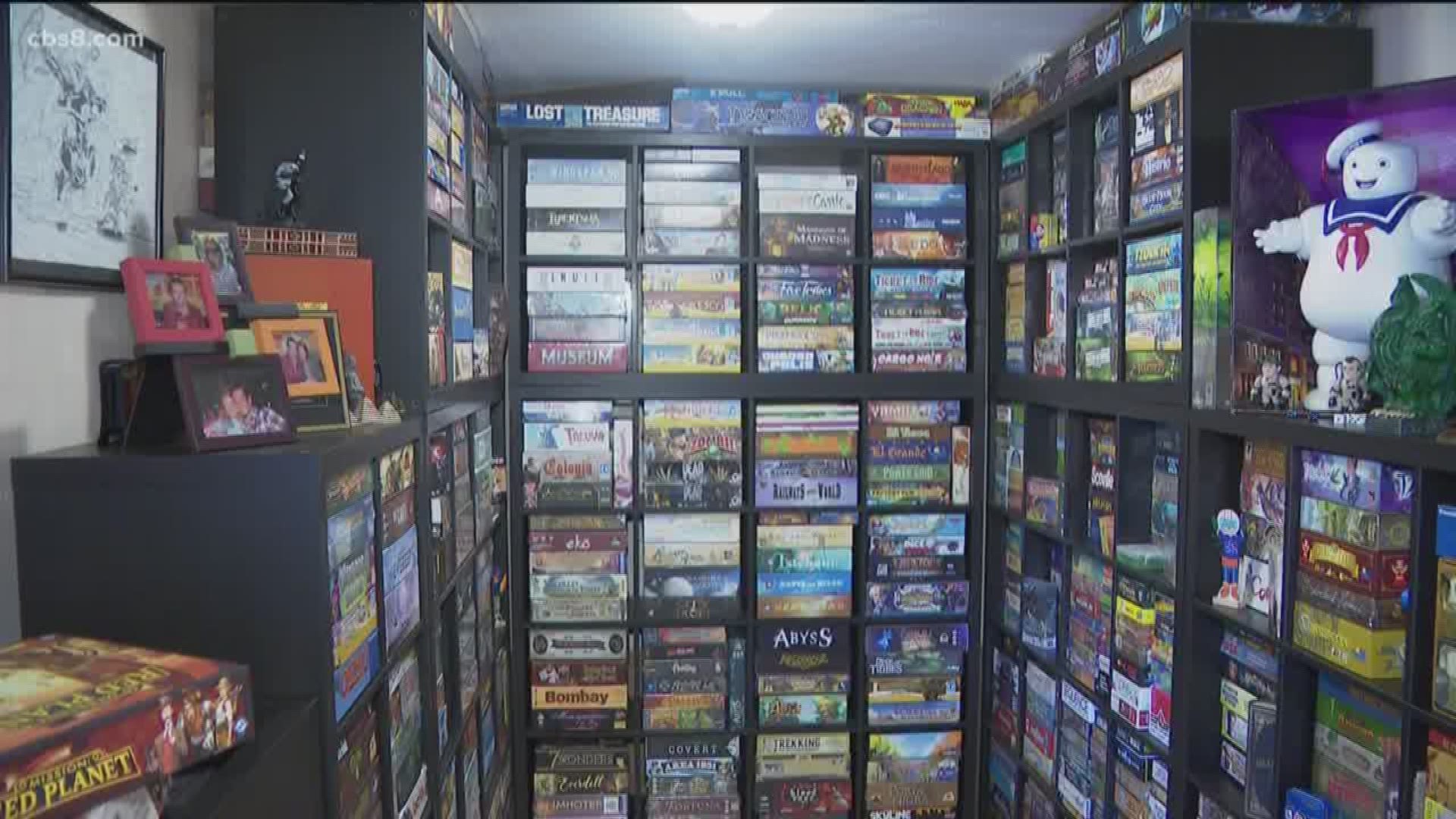 SAN DIEGO — Somewhere in your house you probably have a closet set aside for board games. Monopoly. Life. Maybe Battleship?

In Tuesday's Zevely Zone, Jeff met a San Diegan with all the right moves and is willing to roll the dice and bet you've never seen a basement filled with more than 600 board games.

The owner of the board games is a 42-year-old architect named Julian. He grew up in Columbia with a dream to travel. Board games allowed him to go anywhere in his imagination.

"It's just that experience of being transported somewhere and getting put into that role," said Julian.

As a child, Julian never got bored playing board games. Julian admits he used to be in love with video games.

"I just got tired of doing that on my own. These are things that you would do solo you just sit on the couch and play and I wanted something I could share with my wife," said Julian.

Julian and his wife, Bonnie, don't have kids but they sure act like children every Saturday and Sunday when they head to the game room for hours of fun. From Wolverine claws, to action figures, the fun flies every third Friday on game night when they invite friends to the house.

"I am more of a Scrabble type person," said Adele, who is one of Julian's board game buddies.

She took one look at his collection and thought, "I was just amazed I even asked Julian if I could take pictures because I've never seen a collection like this."

Julian started collecting when he was 8 years old and it won't surprise you to hear, he once owned his own comic book store.

"I ruined it myself by keeping all of this stuff for myself that would arrive and I would say I am keeping this one for myself," said Julian.

When you'd rather play with friends than sell to strangers, you don't even mind losing at your own game.

"Better to be lucky than good," said Jeff after drawing the perfect card to win a game called Cartagena.

Julian's game room is also filled with hundreds of action figures and his wife's record collection, but that's a Zevely Zone for another day.