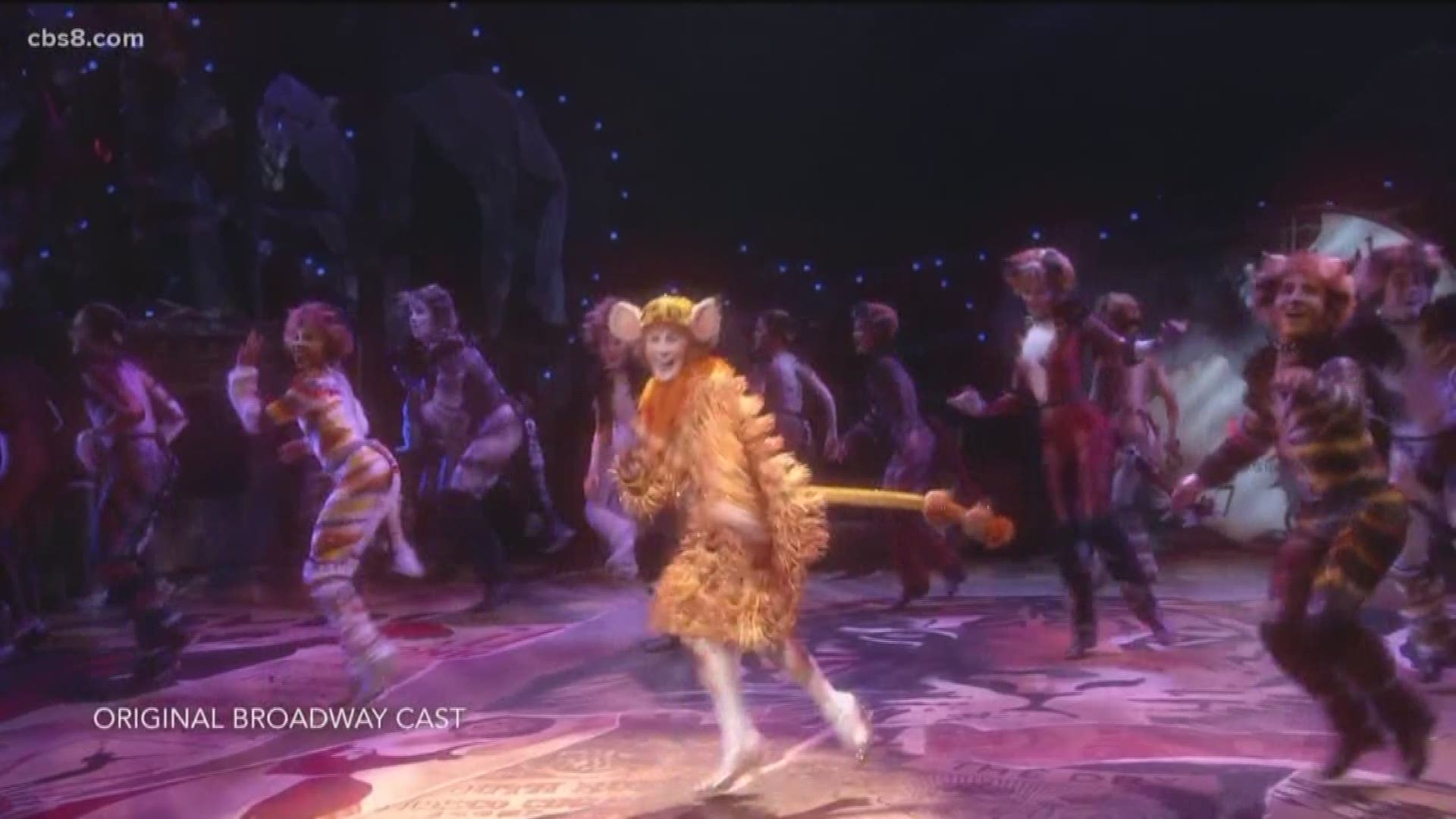 SAN DIEGO — A lot of people love the musical "CATS."

Seventy three million people have seen it worldwide. But would you travel the country to see it from the front row more than a hundred times?

Christine owns a large collection of "CATS" memorabilia. Broadway San Diego added to her collection with a goodie bag filled with posters, t-shirts and cat ears.

"Thank you, that's so awesome," Christine tells the theater staff.

Christine first saw the show when she was 16 years old.

"I just love the music and the dancing and the costumes," she said.

The first time Christine watched the show in 1986, it was from the back row.

"About my fourth time in Los Angeles, I saw it in the front row and since then I was hooked. I was like, I can not see the show in the back. I have to be in the front."

That's just where she sat on this night. In the front row, she can be extra close to her favorite "CATS'" character.

"The character, Grizabella, appeals to me. Her story about redemption and forgiveness means a lot to me," said Christine.

Christine is unaware that Jeff Zevely and Broadway San Diego have arranged for Christine to meet Grizabella one on one after the show. As the musical ends, Christine tells Jeff she suffered from mental illness and abuse earlier in life. It was Grizabella's character that carried her through the hard times. Which is why the surprise was so special.

"Meow, how are you?" said Christine almost as a loss for words.

Keri Rene Fuller, who plays Grizabella, had just brought down the house with her bittersweet ballad "Memory".

Keri asks Christine, "Can I have a hug?" As they embrace, it's clear we are making memories.

Following the presentation of "CATS," those who attended the show donated money to Broadway Cares Equity Fights Aids.

The nonprofit organization has raised more than three hundred million dollars for people with HIV and AIDS. For more information, Broadway Cares.