Son of a Navy sailor is asking for donations big and small from military community. 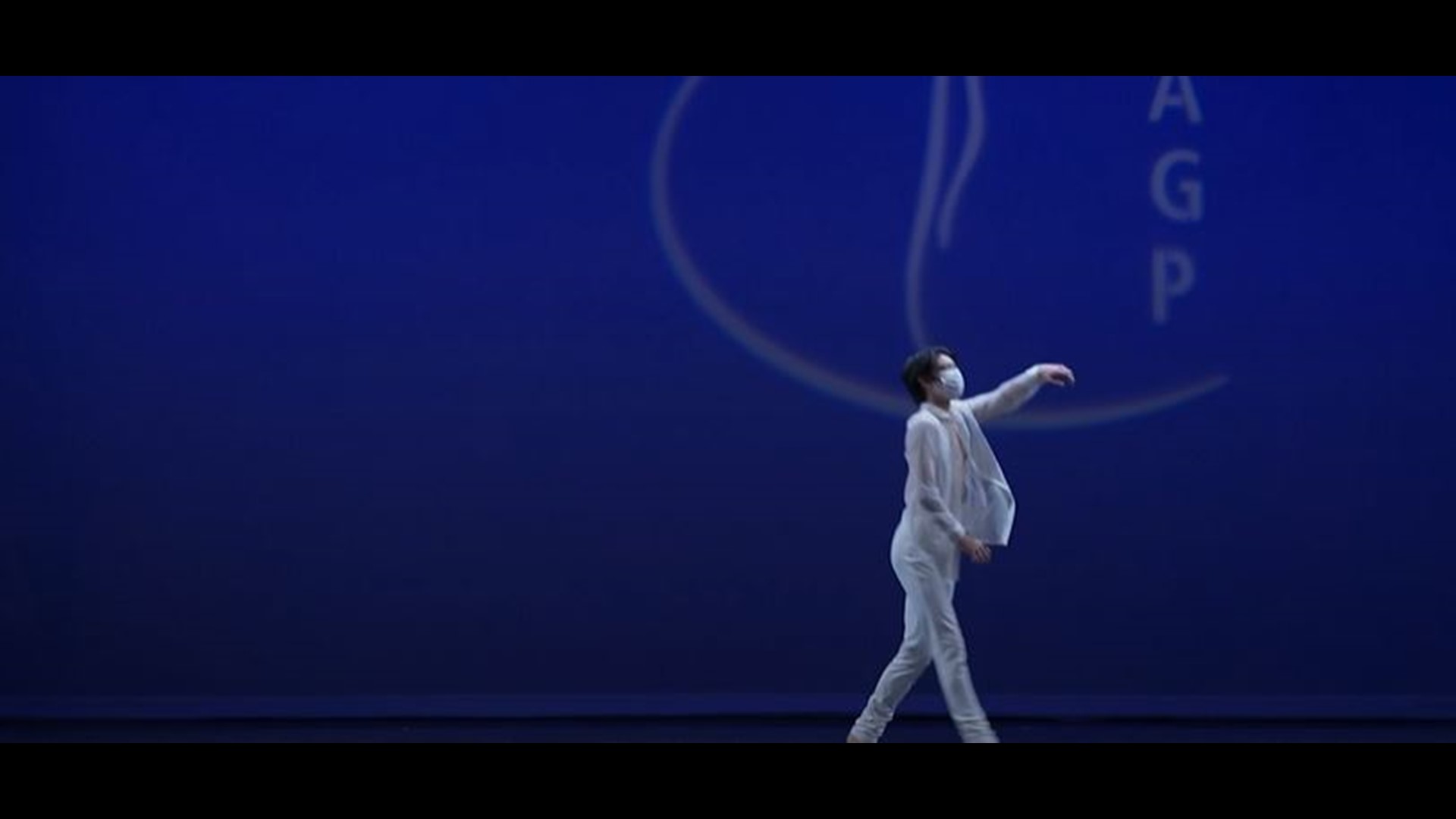 SAN DIEGO — A San Diego ballet dancer is raising money in order to attend the Princess Grace Academy in Monaco. In this Zevely Zone, I went to Mission Valley to learn how San Diego's community can help a military family.

"I love expressing myself and the art," said 14-year-old Marcus Taylor.

In May, Marcus Taylor went to Tampa, Florida and danced his heart out at the Youth America Grand Prix.

The San Diegan teenager won the national ballet championship in his age group.

"It was super amazing. I love performing on stage and meeting everyone such an awesome experience," said Marcus.

In person Marcus is quiet and reserved but when he steps on stage he explodes with energy.

"Yes, the stage is really the best way to express myself," said Marcus.

After becoming the national champ, Marcus was awarded a scholarship to attend the prestigious Princess Grace Academy in Monaco.

"He is just such a beautiful dancer," said Rebecca Ojeda from Golden State Ballet & Pilates in Mission Valley.

Rebecca told me discovering Marcus' elegance on a dance floor is a rare combination God given talent or hard work.

"Oh, definitely a mixture of both. He has definitely put in the work, and I definitely think he is an incredible talent as well," said Rebecca.

Marcus is from a military family. His father, Phil, was born in Columbia but has served in the U.S. Navy for 22 years. Phil Taylor has been deployed into combat multiple times as a member of the Navy's Bomb Squad.

Marcus' mother, Ann, was born in the Philippines and has supported her son since he learned how to dance at four years old. Marcus will receive tuition to attend the Princess Grace Academy in Monaco, but his family needs assistance with room and board and that's where you come in San Diego.

Marcus has launched a GoFundMe page in hopes of raising $16,000.

"Here we are at a time to support a military family when they need it the most," said Tim Ney with Armed Services YMCA.

Tim is helping to promote the GoFundMe page and has a donor willing to match the first 500 dollars following this story.

"Every dollar counts and if we can help this young man get to his goal and get to Monaco to the Princess Grace Academy that would be fantastic," said Tim.

San Diego is a military town and this is a way for the community to support a family with a father who was often overseas.

"It's been hard having him leave home, he has not been around that much, but I am so glad he is still in my life," said Marcus.

RELATED: Bonsall ballerina will dance at the Royal Ballet School in London

Marcus' career is about to take off and this is San Diego's chance to support a sailor's son.

"Super excited. Yes!" said Marcus when asked about the years to come and where he might live and dance. "I would love to be in New York and maybe Europe anything works just as long as I am dancing." said Marcus.

I am a recipient of the highest achievement for the Youth American Grand Prix semi-final. This award is known as the Youth Grand Prix Award, which was awarded to Marcus in 2020 and 2021.

If you'd like to make a donation to help Marcus fulfill his dream, click here for his GoFundMe page.

WATCH RELATED: How a harp is helping horses heal in Escondido (June 2021)