The leashes and collars and are made from neoprene, the same durable quick drying material wetsuits are made out of. 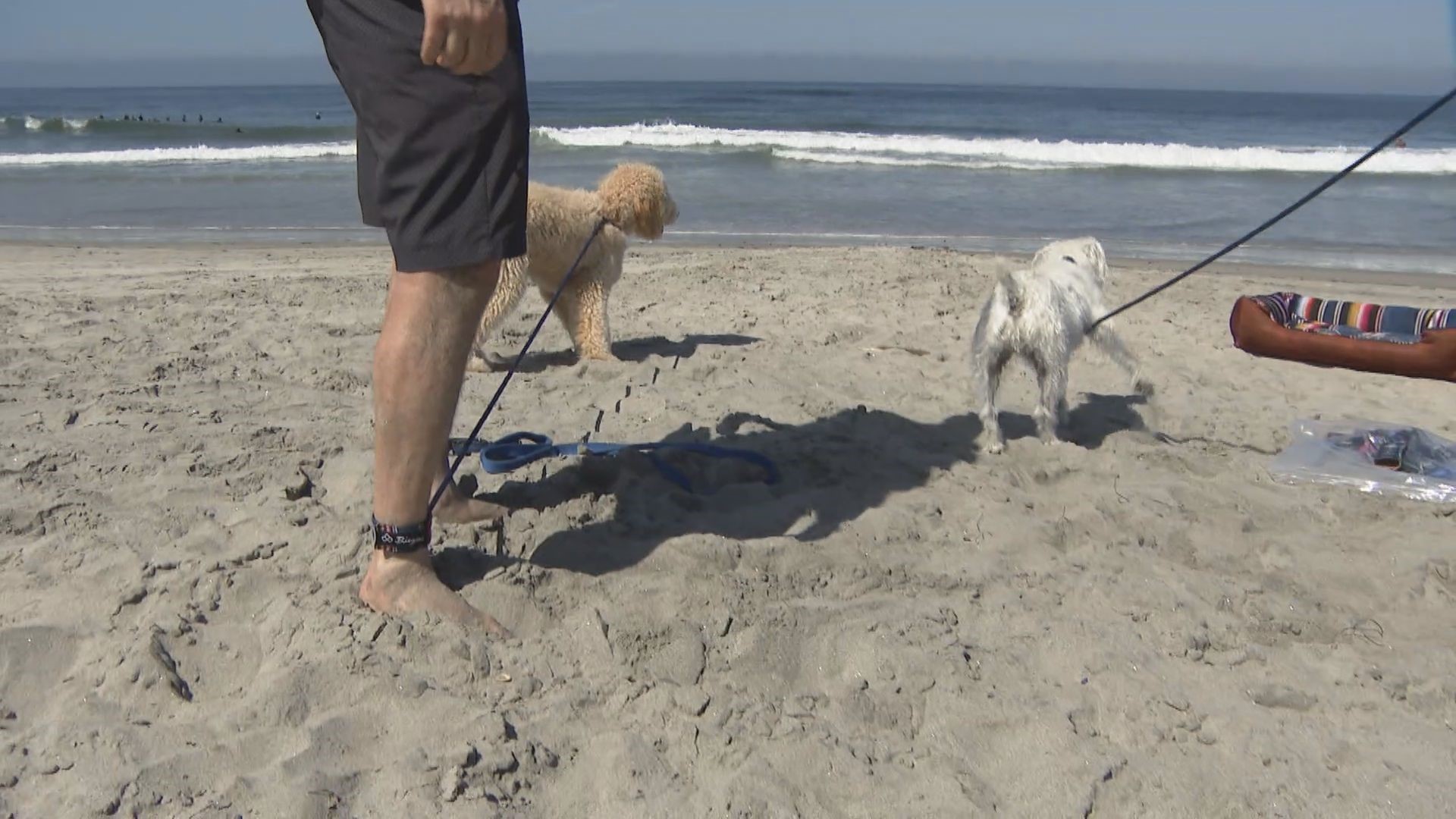 SAN DIEGO — You're about to meet someone who has the world by the tail. A man who quit his job to hang out with his dog at the beach. In this Zevely Zone, I took my puppy to Seaside Beach in Cardiff to go 'hands-free.' "So this is Russel. This is like my child. He just turned thirteen," said Travis Day. Travis loves two things in this world - his dog Russell and going to the beach. "We've been to college together," said Travis. "I studied Kinesiology."

Problem is, after college, a job in physical therapy included neither his dog or the beach. "You were indoors?" I asked. "I was indoors all the time," said Travis. So, Travis Day quit his day job and launched his own company called Bingin Dog. I always ask inventors about their 'aha' moment, and for Travis who is a surfer it came on the day he lost Russell's leash. He proceeded to take the leash off of his surf board and put it on Russell. Then a light bulb went off. That daily walk with Russell, may have just changed "every day" for the rest of his life. "I had about six people stop me and say 'Oh no way, that's so cool, you are using your surfboard leash to walk your dog, "said Travis. He thought, "Alright, this is it, this is my idea I'm going to go for it and four years later we are just getting it off the ground."

So far, so good. "I'm getting orders  from all over the country and the world every day," said Travis. The leashes and collars and are made out of neoprene, the same durable quick drying material wetsuits are made out of.

"Oooh. Yeah. There you go," I said as we outfitted my puppy for his first day at the beach. Raleigh wanted no part of the Pacific. "Not a water dog yet," I said as we race away from the surf. Instead, Raleigh found a friend for himself in a passing dog and a customer for Travis.

Debbie George says a hands-free leash may be just the answer she needs for her handful of a dog Riley. "We'll I have a bad back and I think with something like this as long as it's hooked up here it frees up this hand," said Debbie.

Travis says with the beach as his office and Russell his CEO, he feels unleashed for the first time in his life. Next up dog beds. "I have too many ideas, I just keep them and list them you know," said Travis. "This is going to be it. This is going to change dog beds right here."

Travis launched Bingin a month ago and already has nearly three thousand Instagram followers. "It's not rocket science. It's the beach. It's cute puppies and it's dogs and board shorts and bikinis it's what Instagram was made for," he said. Just be careful what you ask for when you follow your dog and dreams to the beach. "That almost sounds like work," I said. He responded, "Ha, I love the beach and my dog and now I work all the time!"

Travis is receiving orders for his leashes from across the world. He just sold one to a dog owner in Sri Lanka. If you'd like to learn more about his company go to his website.

RELATED: San Diego rapper gets ‘do over’ in the Zevely Zone