At first glance, you might think Teddy White is selling ice cream but take a closer look and you'll see the large box on the front of his bicycle is a piano. 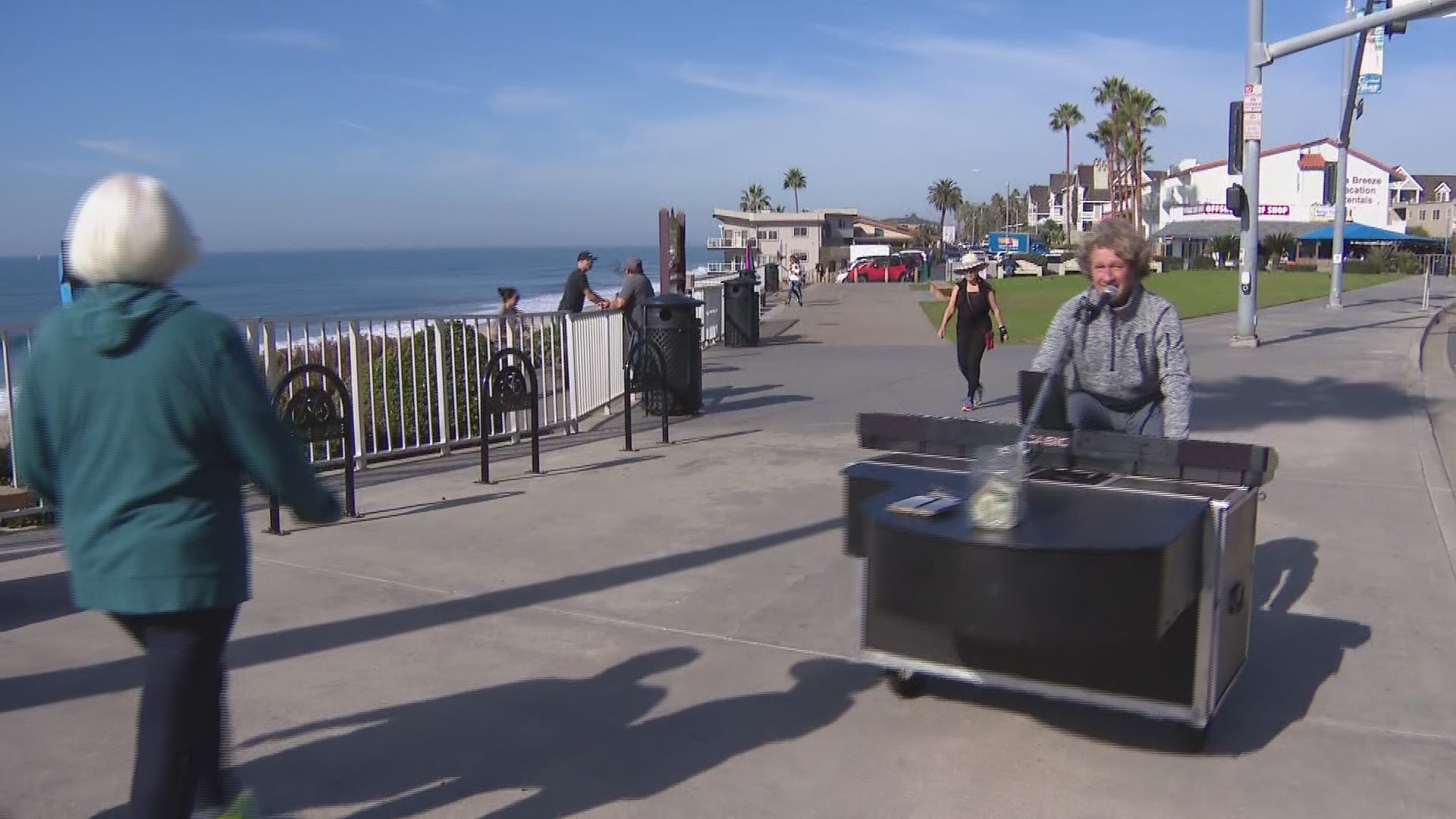 CARLSBAD, Calif. — Musical street performers usually play a manageable instrument like a harmonica or a guitar. In this Zevely Zone, I went to Carlsbad to meet "the Song Peddler" who plays a different type of instrument.

At first glance, you might think Teddy White is selling ice cream at the beach but take a closer look and you'll see the large box on the front of his bicycle is a piano.

"This is not transportation," said Teddy.

That's debatable because what he rides is a "piano bike."

Teddy parked it along the strand in Carlsbad, twisted a few knobs, pushed a few buttons and played an impressive version of "Let it Be" by the Beatles. People started to gather around the contraption.

"That's a piano bar on a bike," I explained.

Some of the responses I heard included:

"I've never seen such a thing."

"Does he ride it around?"

Teddy used to play in piano bars but decided to take his show on the road. Originally from Atlanta, Teddy has traveled to Nashville then Florida and now sunny San Diego. I turned around and he was playing Billy Joel's song "Piano Man."

"It's a pretty good crowd for a Saturday and the manager gives me a smile because he knows that it's me they've been coming to see to forget about life for a while," he sang.

Not like we have to forget about our lives in San Diego County or anything. I mean, it's a gorgeous day and we're at the beach. But people passing by say Teddy made a wonderful day that much better.

I asked Teddy, "How many songs do you know?"

Then he belted out some Elton John and then some Bruce Hornsby.

A woman named Linda walked up and said she bought Teddy an ice cream last year on his birthday.

"I think he is fabulous," said Linda.

Teddy's been married three times but says the love of his life never left his fingertips.

"This has taken me all over the world and [is] the center of my attention and life," he said.

What better way to put in an eight-hour day?

"This is your office?" I asked.

"This is my office," said Teddy looking at the ocean.

Teddy White performs on the street in Carlsbad and Encinitas.  If you'd like to hear some of his original music, click here.