How police, fire and the military are using drones for public safety 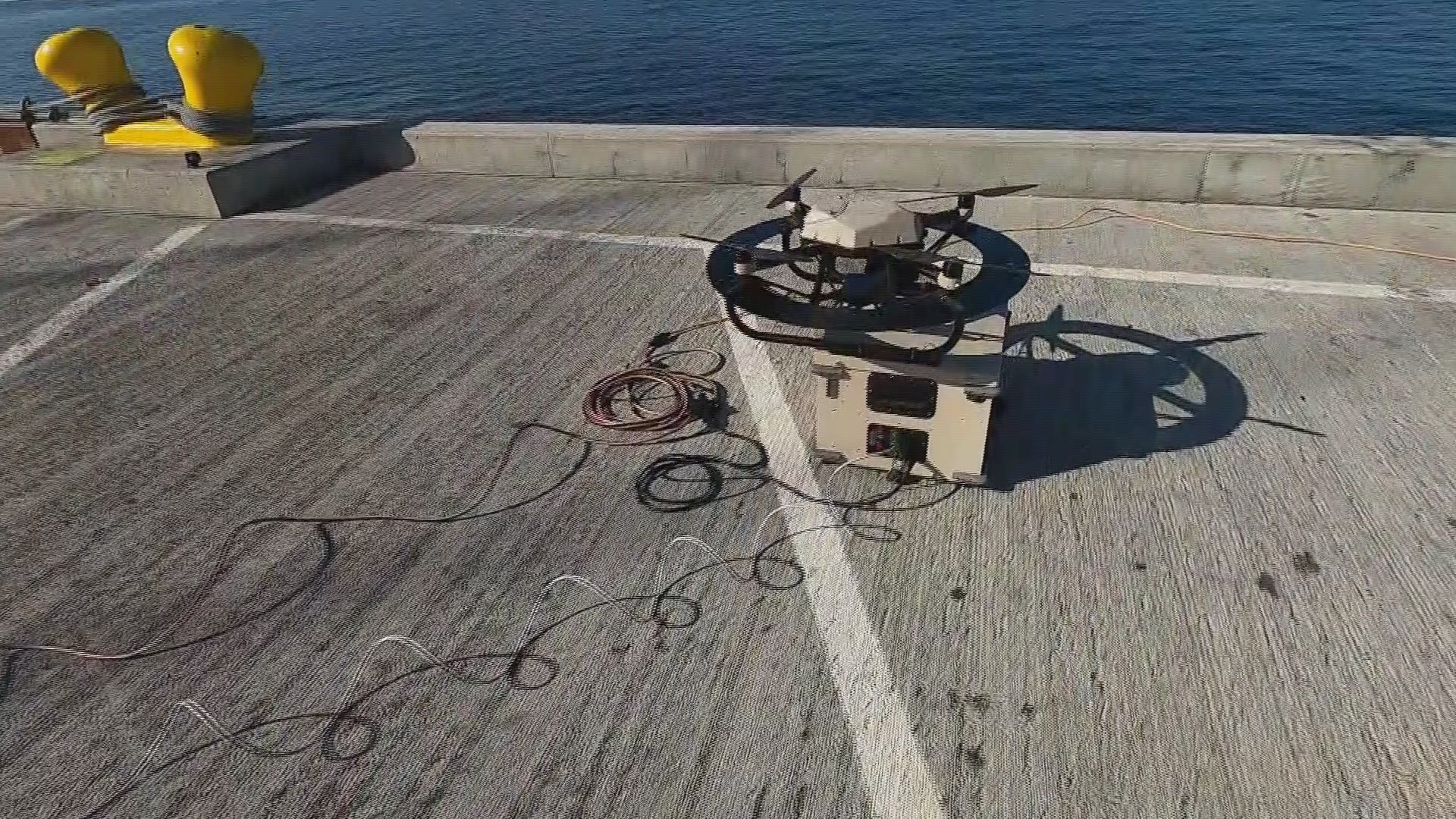 SAN DIEGO — When it comes to drones, most people either love them or hate them.

In this Zevely Zone, I went to the Midway Museum with clear skies and an open mind. That's where I met Ron Lee from Tactical Drone Solutions. He is a News 8 viewer who contacted me to show me why drones of the future need a second chance.

"You are playing with a joystick and how old are you?" I asked.

Ron replied, "We won't say, but older than you."

He then told me, "Many people that I meet don't like drones."

I think that may be one reason why he contacted me.

"You can see my body language here, I am not a big fan of drones. They are noisy and they are invasive," I said.

He demonstrated his $70,000 drone system in the parking lot of the Midway Museum and as he did, we didn't have to travel far to hear this.

She told me even when it comes to public safety she doesn't want a drone flying over her head.

Ron showed me a video with dozens of drone uses day and night that are keeping San Diego safe and I found myself more in line with the thoughts of Austin Brittain.

"I don't think it's something the general public should have," said Austin.

He is a Vietnam veteran who feels police need every tactic available to fend off trouble.

"You can discuss the ethics all day long but evil is evil and it needs to be kept in check," said Austin.

Ron admits a lot of people flying drones are unaware of strict regulations.

But in the hands of fire, police and the military, Ron says we are all safer at, "concerts [and]sporting events."

He showed me footage of a San Diego event that was so useful he said, "San Diego Police Department is going to be getting one later this year."

Footage shows hundreds of San Diegans being watched from above by a tethered drone. The signal was sent to police headquarters on their computers but also to officers remotely on their cell phones.

"Your video says if you can operate an elevator, you can fly a drone," I said. "Is that true?"

Ron replied, "It is, it absolutely is. There are five buttons to fly this drone system."

Ron let me fly the drone and it was really simple. I flew the vehicle with an X-Box controller.

The drone made by Hoverfly is tethered with a cord.

Ron told me, "Hours, days or weeks at a time. Weeks at a time because it gets its power from the tether we are not bringing it down to change a battery every 20 or so minutes like you see on a traditional drone."

With unlimited power, these little guys can drone on and on keeping you and your family safe.

"Can it drop off my Christmas presents?" I asked.

Ron replied, "Not this one but another one can."

I am becoming a fan.

If you'd like to see footage of the different ways tethered drones are assisting public safety go to tacticaldronesolutions.com.