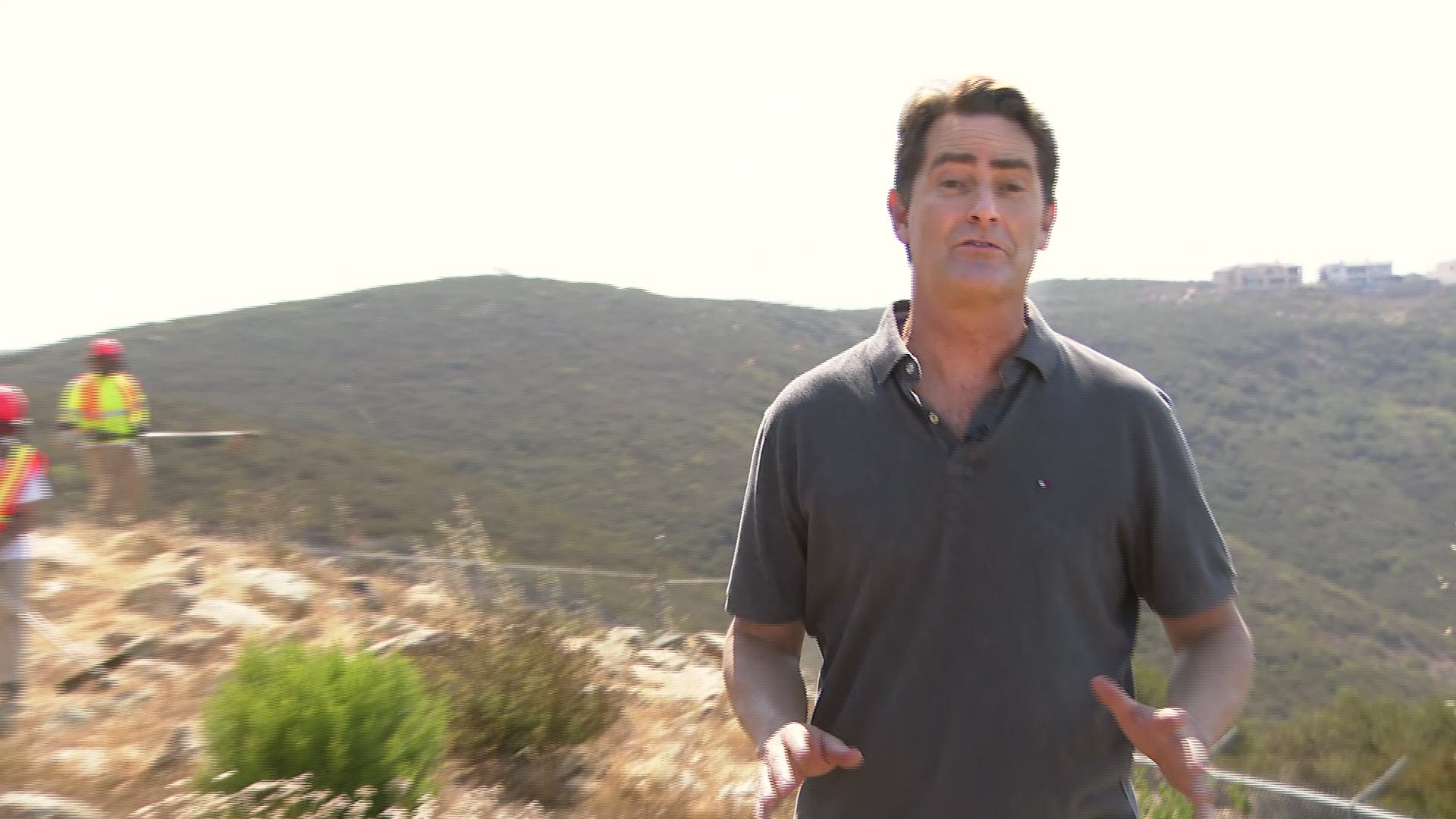 SAN MARCOS, Calif. — It's wildfire season and the county is receiving fire protection from an unlikely source. In this Zevely Zone, I went to San Marcos where inmates were making the county safer. The next time you call 911 during a wildfire, you may have an inmate to thank. "It feels great it's really rewarding," Gregory Peeters is serving time for a drug offense but gets released in 11 days. "I am chef by trade, so I am learning this as a second trade which is great I can work two jobs and whatever I need to do to make the family work," said Gregory.

On this day, inmates were clearing defensible space around the county's communication system on top of a mountain. The tower helps schools, hospitals, and airports communicate along with 21,000 radios from the Sheriff's Department. Deputies say it would be devastating if wildfire burned the tower down. "If it wiped out this whole site it would be pretty devastating," said Deputy Giovanni Tello.  Programs like these prepare inmates for life on the outside. "We want to offer them some kind of skill for them to be able to transition over smoothly, skills like teamwork as you can see here a lot of them are working as a team," said Deputy Tello. The Sheriff's Department Reentry Program allows inmates to earn good time and protect public safety.

Deputies say inmates enjoy sunshine, fresh air and doing something positive for the community. "Yeah, it definitely is it's good for me. I like being out here, so I am sure they like it," said Deputy Tello.

Rafael Estrada is serving time for drug trafficking and says hard work has helped him grow up. "In here you learn that life is not a game," said Raphael. In four months, he plans to pursue a business degree in college.

Sheriff Bill Gore often reminds the public that every inmate is someday going to become a part of society again, so we need to help them along. "Absolutely, if we give them those skills to succeed in here, they will be able to succeed outside," said Deputy Tello.

Benjamin Juarez will be released from jail in two weeks and wants to become a carpenter. "This is part of me paying back to society and hoping to become a good member of society again," said Benjamin.

If he were not on top of a beautiful mountain working, he'd be sitting in a cell at the East Mesa Detention Center. Instead, these inmates are working, knowing the next time a wildfire strikes and they're free men, the communications tower will still stand and protect all of us. "We all deserve a chance sometimes we make mistake, and we need to pick ourselves up and start going for it again," said Gregory.

RELATED: Father stays close to his daughters with reading program from jail