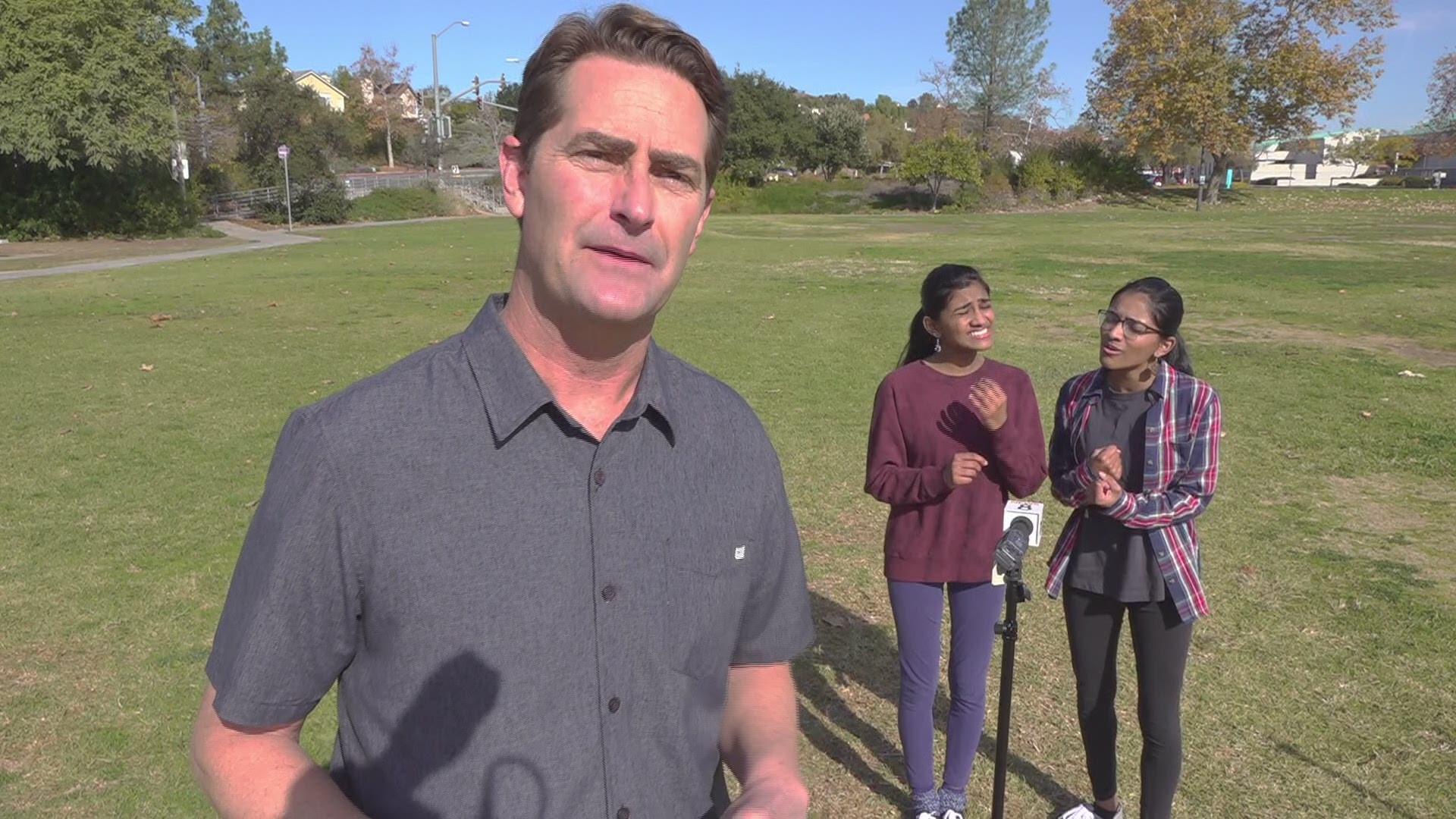 SAN DIEGO — What happens when twin San Diego sisters team up with Jason Derulo on TikTok? Their viral video is something you have to see and hear to believe. In this Zevely Zone, I went to Rancho Penasquitos to meet a singing sensation.

Kiran and Nivi Saishankar told me a few months ago, Jason Derulo heard them singing on social media and reached out. "So, he said your voices are incredible and I want to colab with you on TikTok," said Nivi.

Kiran and Nivi went to Jason Derulo's home and recording studio in Los Angeles and teamed up to sing Derulo's new song 'Love not War'.  After the trio belted it out with an incredible harmony, Derulo said, "Ha, ha, ha so good."

I asked the twin sisters how many times the video has been viewed on TikTok. "I think on his channel maybe four million people," said Nivi.

"For us music is a miracle, it started everything for us -- before we could talk we could sing," said Kiran who attended Westview High with her sister. When the sisters were three years old their speaking skills were so delayed they went to a speech therapist. A suggestion was later made that the toddlers try singing. "We sang that with perfect pitch and rhythm and it shocked everyone and it mainly shocked our parents," said Kiran.

Using a technique that mixes pop music with a singing style from their Indian culture called swaram, their sound is attracting attention from recording artists James Arthur, Meghan Trainor and Shawn Mendes. Sia even shared Kiran and Nivi's version of her song Snowman. "That got like 7.7 million views," said Nivi.

As you can imagine, these talented twins are kind of blowing up with online followers. "How many?" I asked.  "A million," they told me. As fraternal twins, Kiran and Nivi used to trick their teachers and swap classes.

Kiran has a freckle just underneath her left eye but told me the secret to telling them apart. "Well, I mean I wear glasses most of the time so that is the easiest one," said Kiran.

The sisters plan on releasing new music soon. For links to their social media pages on TikTok, Instagram and Facebook their handle is @kiranandnivi.