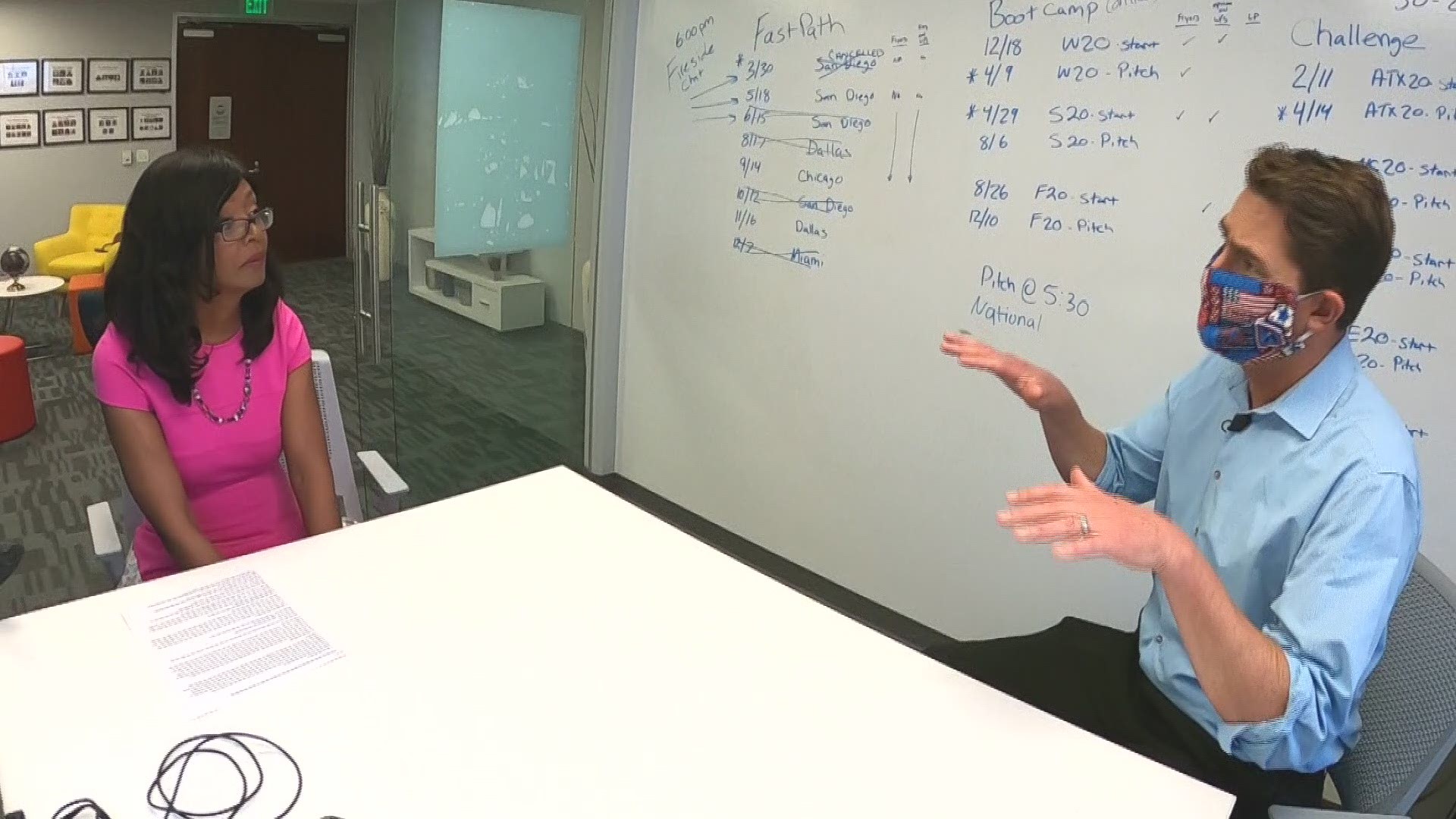 SAN DIEGO — A San Diego woman trying to tackle economic injustice is following the guidance of Harriet Tubman and Oprah Winfrey. In this Zevely Zone, I went to Sorrento Valley to meet a social investor making a difference.

I sat down with Kim Folsom at her office. My first question was, "Is the playing field uneven?"

She graduated from San Diego State with a degree in information systems.  She minored in economics, then received her MBA from Pepperdine University.  The social investor said if you're a woman, a veteran or a minority business owner, she has access to an underground railroad of success. That's why she hangs her hero's image on her office wall.

"So, this is a picture of Harriet welcoming people to come into the railroad in their path to freedom," said Kim.

Founders First roots for the underdogs and has a access to a $100 million in capital.

For people who watch the TV show Shark Tank, Kim is the equivalent to Mr. Wonderful. In fact, she is advised by the businessman Kevin O'Leary once a year and she's not afraid to ask the most influential people in the world for advice.

I asked, "What did Oprah tell you?"

Kim replied, "She said 'you have a super power and use it and one of the facts is that people are going to underestimate you and use that to your advantage.'"

I watched several videos with testimonials from the people who she has worked with. In one video, Derrick Ashong said Kim's program taught him, "How to actually operate a business."

Kim not only partners with minority business owners, She also taught many of them how to become rich.

In another video, Bruce Long said, "This gives you a 30,000 foot view of what to expect in the business world."

Kim doesn't like to brag, so I will for her. She has launched seven businesses and generated tens of millions of dollars in revenue.

"When you are running a multi-million dollar business, you get to have such an impact in your community," she said. "If I can do this, I can help so many others learn to do it too."

"This has been inspiration to help me keep going," said Kim.

Kim Folsom has helped more than 300 businesses. She founded her company with the goal of helping 1,000 businesses. If you'd like more information about Founders First Capital Partners, click here.