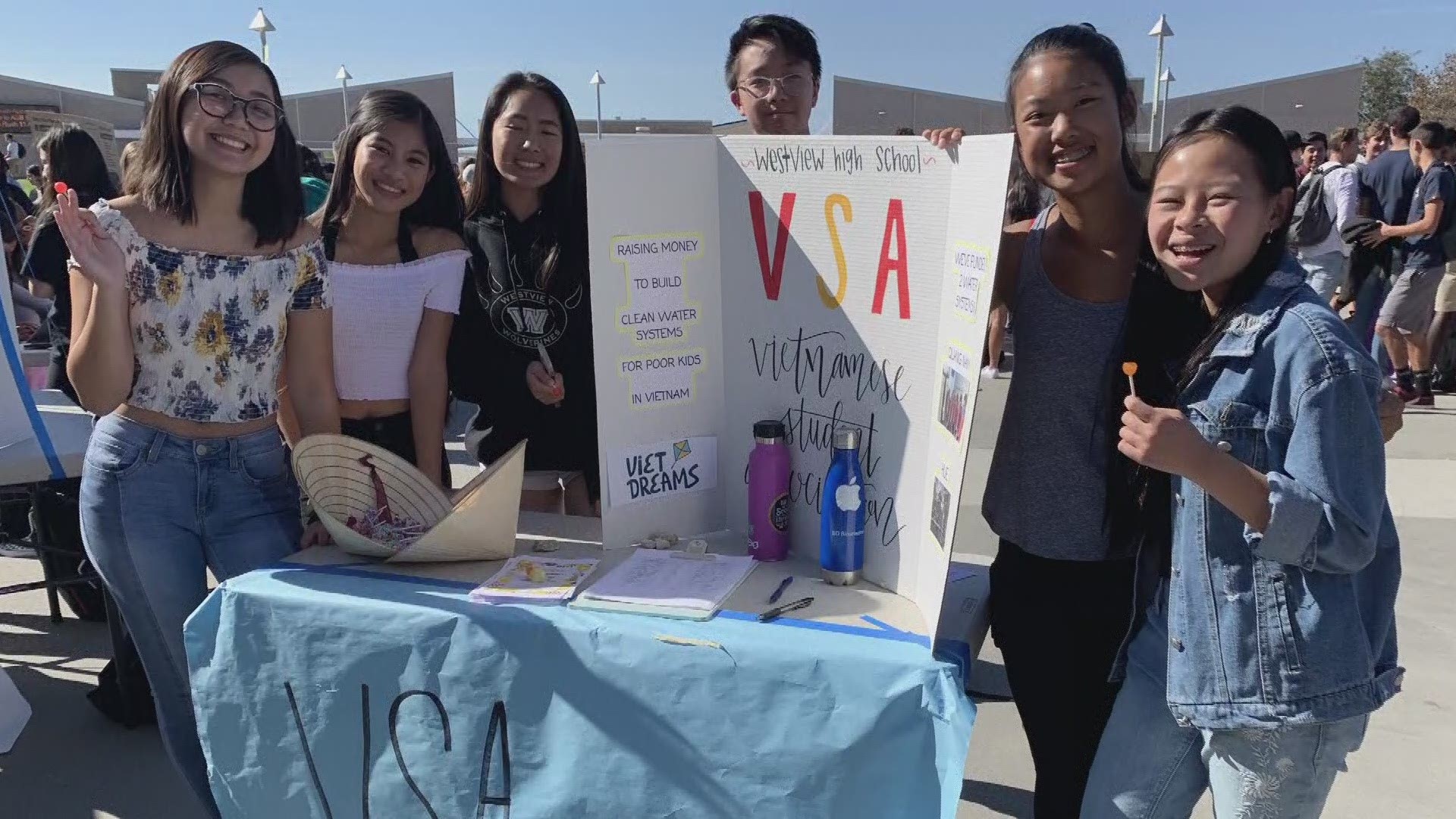 SAN DIEGO — Growing up in America doesn't mean you can't appreciate the luxuries of a first world country. In this Zevely Zone I met a special group of girls in Torrey Highlands.

"You guys look like a well oiled machine," I said upon entering the bedroom of Kelsey Duong who was cutting fabric and sewing with four friends.

Together they are the Vietnamese Student Association at Westview High School and they share something in common.

"Where are your parents from?" I asked.

"Both of my parents are from Vietnam," said Lauren Tran.

Megan Estanol said, "My mom came from Vietnam and my dad came from the Philippines."

"Both of my parents are from Vietnam," said Kelsey Duong.

Tiki Phung then added, "My parents are both from Vietnam too."

Tiki's father grew up with dirty drinking water in Vietnam.

The girls decided to open their hearts - and the flood gates.

"We all work together as a team," said Lauren Tran, the president of the Vietnamese Student Association.

They started sewing and selling scrunchies and raised enough money to buy a water system for a Vietnamese middle school.

"It's just nice to give back to people, and knowing that our parents did not have as many resources as we do now, it is nice that we have the resources to do something good," said Kelsey Duong.

They raised $1,300 to build the system where a plaque is posted in their name.

"We all grew up in a very fortunate households and it feels really good to give back to people who don't have as many resources as we do," said Tiki.

"Can you imagine not having drinking water?" I asked the girls.

"No, I can't. That is why we are doing this, so kids don't have to think about that," said Kelsey.

"A lot of times the water that they are able to get isn't clean... since the money that we raised was for clean water systems, that is so much better," said Megan Estanol.

"It makes me feel really good to know that I am doing something that is bettering the world even if it's something small," added Lauren Tran.

Drinking water may seem like something small, but not to Valerie Lam, one of the mothers who grew up in Vietnam.

"They don't realize the impact that they have made but it's huge," said Valerie.

She is grateful her daughter Megan and her friends appreciate clean drinking water.

"Because to them it's no big deal, but to the children in undeveloped countries it's huge because now they can just go to a fountain and it comes out and is ready to go," said Valerie.

The girls want to built two more water systems which means they are looking for more customers. The girls then tried to put a scrunchy in my hair - but didn't have much luck.

And while not everyone can wear a scrunchy - anyone can buy one. They are only $2 to $3 dollars each.

The girls may have grown up in America with drinking water - and social media - but they are giving back to students less fortunate that themselves 7,000 miles way in Vietnam.

If you'd like to learn more about the Vietnamese Student Association and their scrunchy drive visit their Instagram page here.