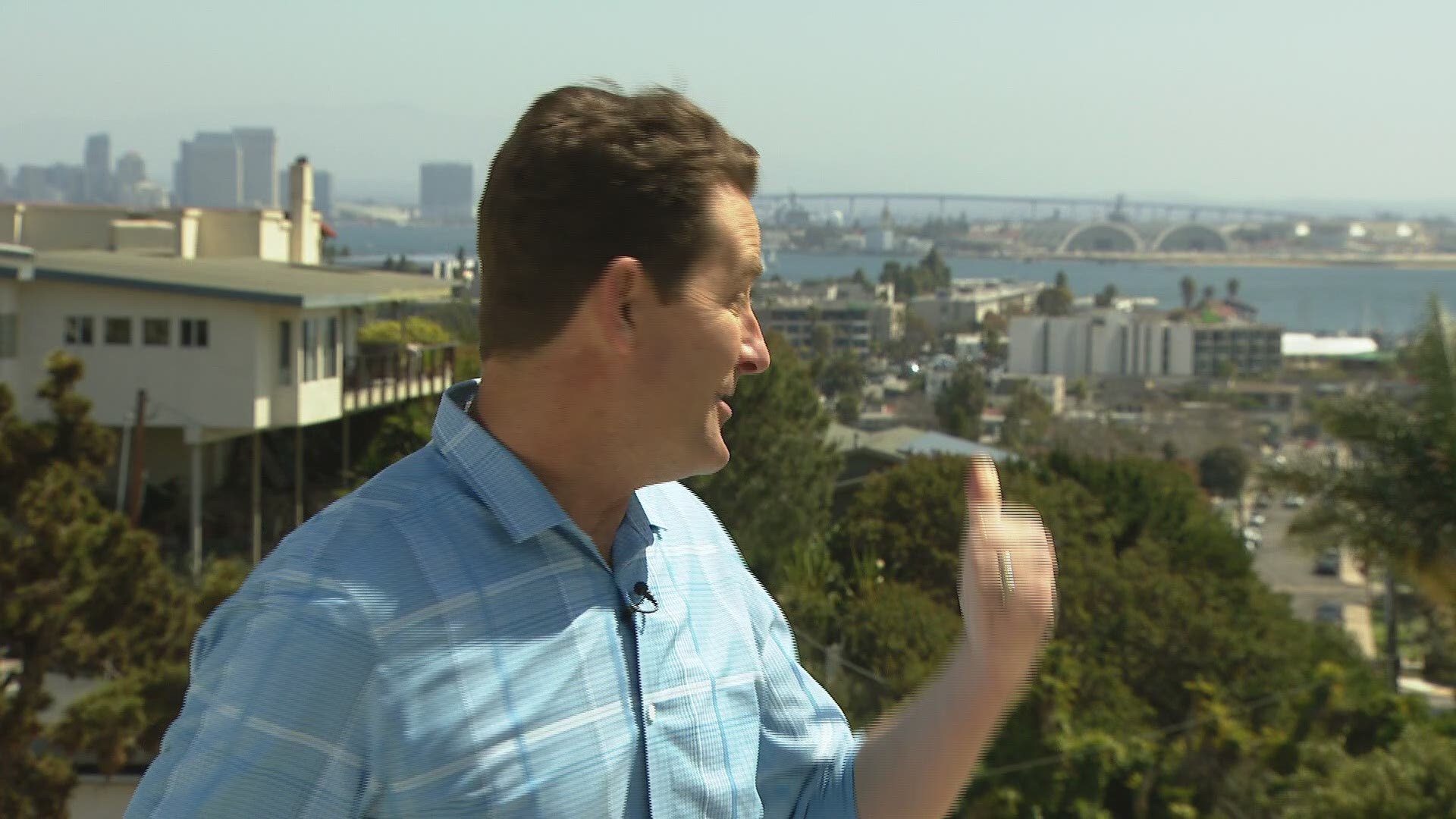 SAN DIEGO — An American military hero and recipient of two Distinguished Service Medals is sharing his story in a new memoir titled "Down Deep". In this Zevely Zone, I went to in Point Loma to meet one of the most decorated Naval submarine captains in U.S. History. Captain Charlie MacVean loves submarines so much his wife converted their master bedroom into a Navy man cave for him. You feel as if you are inside a submarine capsule surrounded by memorabilia. No surprise, Charlie's ring tone on his cell phone is the ping from a sonar. "Well, because I respond to that. Music I don't respond to but I have responded to that noise for a long time," said Captain MacVean.

During the Cold War era of the mid-1970s, Capt. MacVean commanded the fabled USS Seawolf submarine in the most daring and dangerous undersea missions of the Cold War. The captain pointed a Tom Clancy novel in his den and told me the Navy once had to tell the author to cool it because the 'Hunt for the Red October' hit too close to home. So, did MacVean ever sneak up on the Russians? "I'm not comfortable talking about submarine operations," said Captain MacVean.  That's because those mission are still classified.

His stories of sabotage and the sea are now shared in a self-published memoir as told to John Freeman and C. Gresham Bayne.  "A lot of times you are scared and you are tired and you have to trust the guy next to you because you are going to go to bed, and you hope he is going to turn the right valve in the right direction at the right time," said Captain MacVean.

RELATED: Happy 245th Birthday to the Few, the Proud, the Marines

Captain MacVean was proud to serve his country. Something he feels "Down Deep" as an American hero. Retired and now living in Point Loma with his wife Ellen, the commodore is a popular guest speaker, and, especially, a gifted storyteller. Captain MacVean holds a PhD in Nuclear Physics.  If you'd like to order the book click here on 'Down Deep'.