Hiroe Otake opened the first Sushi Deli in 1983 and has been on a 'roll' ever since. 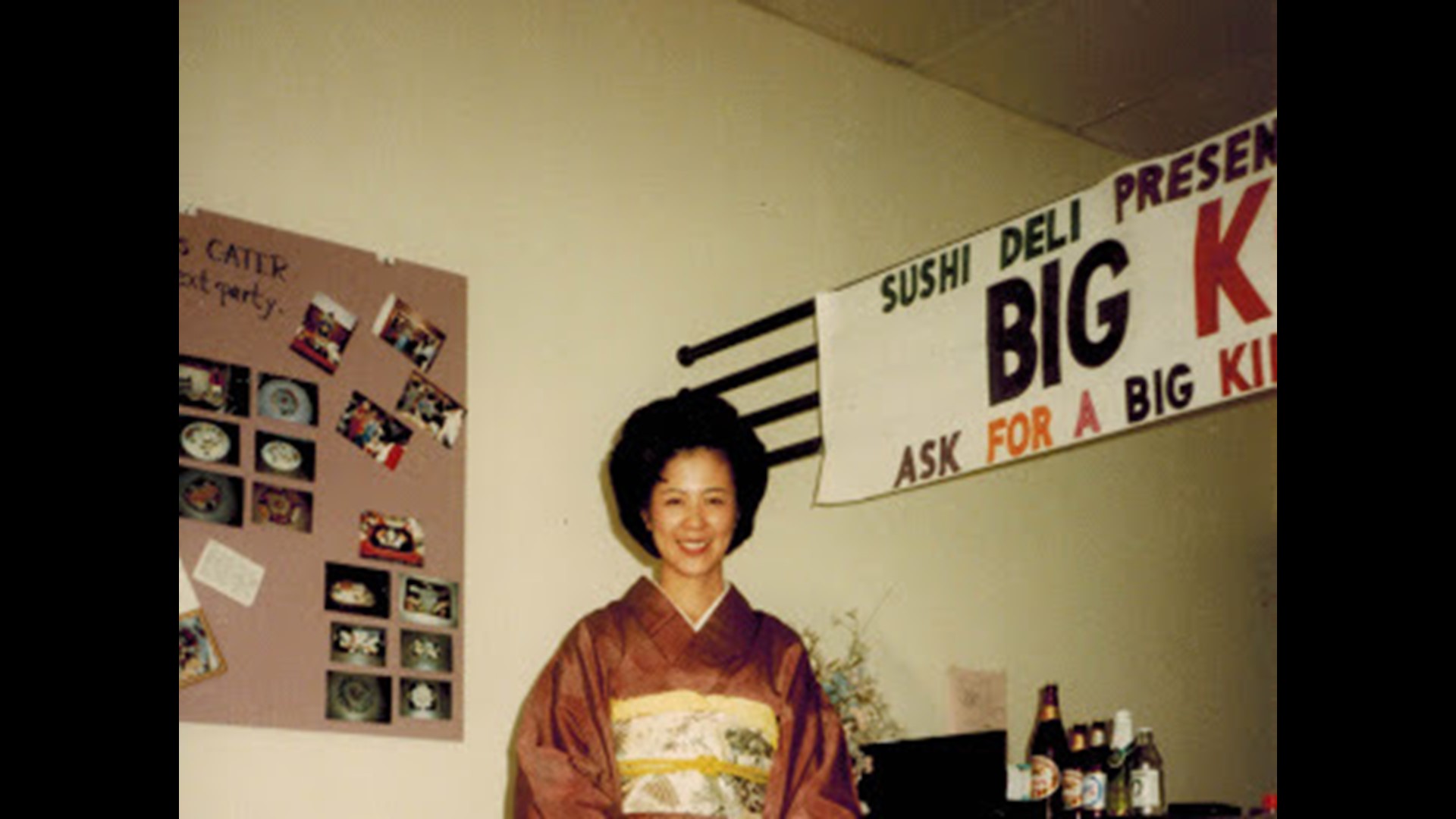 SAN DIEGO — There was a time in San Diego when sushi was mostly served in high end, expensive restaurants. That changed in 1983 when an immigrant from Japan made sushi affordable for all.

In this Zevely Zone, I visited the Sushi Deli 3 in Kearny Mesa to say so long to "San Diego's Queen of Sushi".

If ever there was an American Dream, Hiroe Otake carried hers from Japan to the United States.

"I always wanted to come to this country, since I was a kid," said Hiroe.

In her mid-20's, Hiroe immigrated to San Diego and opened the downtown district's first Japanese restaurant in 1983 called the Sushi Deli.

But she was concerned that San Diegans weren't sold on sushi. "That's why I named it Sushi Deli," said Hiroe.

Calling it a deli meant she could hedge her bets and sell sandwiches too. "But I was wrong," laughed Hiroe.

From day one, her sushi sold out and the sandwiches sat on the shelf. She's been a roll ever since. Hiroe showed me one of her plates at Sushi Deli 3.

"Teriyaki chicken, fried calamari, spicy tuna popper. Another roll and salad only 8.99," said Hiroe showing me a massive amount of food for her affordable price.

After 37 years in the restaurant business, Hiroe is retiring at the age of 64. Miki Holmes, one of the restaurant managers, says if anyone deserves a sushi send off, it's Hiroe.

"She is the most honest kind person, so humble," said Miki who told me when the wait in front of Sushi Deli 3 is two hours long, "She has never skipped the line, she will wait. She will stand in line at her own restaurant."

Hiroe never puts herself above her customers or her staff. She rolls up the sushi and her sleeves.

"She will do anything that needs to be done. She will bus tables, she will take out the trash [and] she will wash dishes," said Miki.

Hiroe promises to slow down in retirement, as she sails off into a sushi sunset. But first, she wants to tell her customers this, "Thank you so much all the people in San Diego to support Sushi Deli for so many years."

An American dream four decades in the making.

"Thank you so much from the bottom of my heart," said Hiroe. "Happy New Year San Diego," she said with her entire staff.

Hiroe plans to play golf and travel with her husband in retirement. She also plans to visit her 94-year-old mother in Japan often.

For more information about the Sushi Deli visit their website: sushideliusa.com.