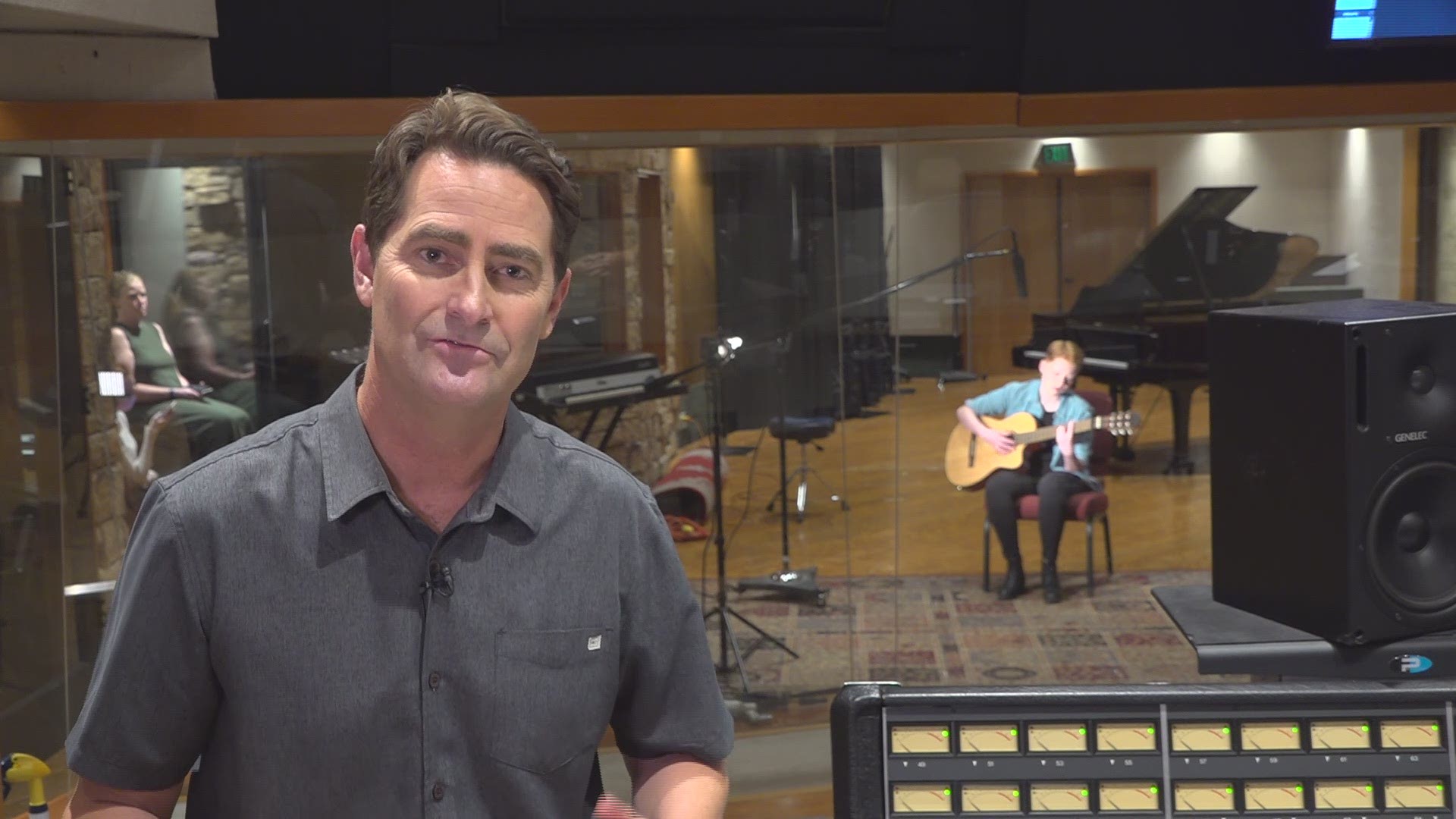 SAN DIEGO — Many musicians will tell you; they can sing about issues in their life that are often too tough to talk about.

In this Zevely Zone, I went to Studio West in Rancho Bernardo to meet a talented teenager. Raised an hour south of London in Hampshire, Pip Lewis moved to San Diego seven years ago. The 18-year-old British songwriter not only has a beautiful voice but her lyrics and her inner voice is filled with a meaningful message about mental health.

"I have written about this in my music, but I have depression, anxiety and OCD and yes, they have sucked, and they have been difficult," said Pip.

Pip started singing in the first grade and picked up a guitar two years later. The recent high school graduate likes to surprise her fans by dropping songs on Instagram.

"She is amazing, she has done an incredible job," said Pip's mother, Jo Lewis, who told me her daughter's musical ability isn't her only strength. "She is stubborn which helps because she perseveres and she is a perfectionist and she makes sure that everything she puts out is amazing."

The San Diego teen's song, “People Like You”, is nominated for a San Diego Music Award in the "Best Folk/Acoustic" category.

The lyrics go like this, "Want to fix the world but I don't know how. But if I had the chance, I'd figure it out," sings Pip.

The indie singer-songwriter's debut album features 14 songs. I asked her how it feels to be nominated for an award.

"It was kind of a surreal feeling to be honest," said Pip, who admits her music can appear deep and dark. "I think a lot of people assume that I am really quiet and reserved."

But listen closely and the music is filled with hope.

"Life has a funny way of working out," said Pip. "Things just work out in the end and whatever happens it tends to be for the best."

For those struggling with mental heath issues, Pip said, don't wait for someone to help you, consider therapy, and find your passion.

"Remember how wonderful the world is because it truly is remarkable," said Pip. "As long as people will listen, I'll be playing."

RELATED: Greatest 'Rock Stars' on the planet donate guitars for a good cause

The recent La Jolla Country Day graduate produces and develops her own music. Pip’s music has aired on BBC and 91X, and she’s performed in international venues including, the House of Blues, Queen Bee's and The ROXY.

She hopes her words can help inspire all people, young and old, dealing with loss, adversity and both physical and mental challenges.