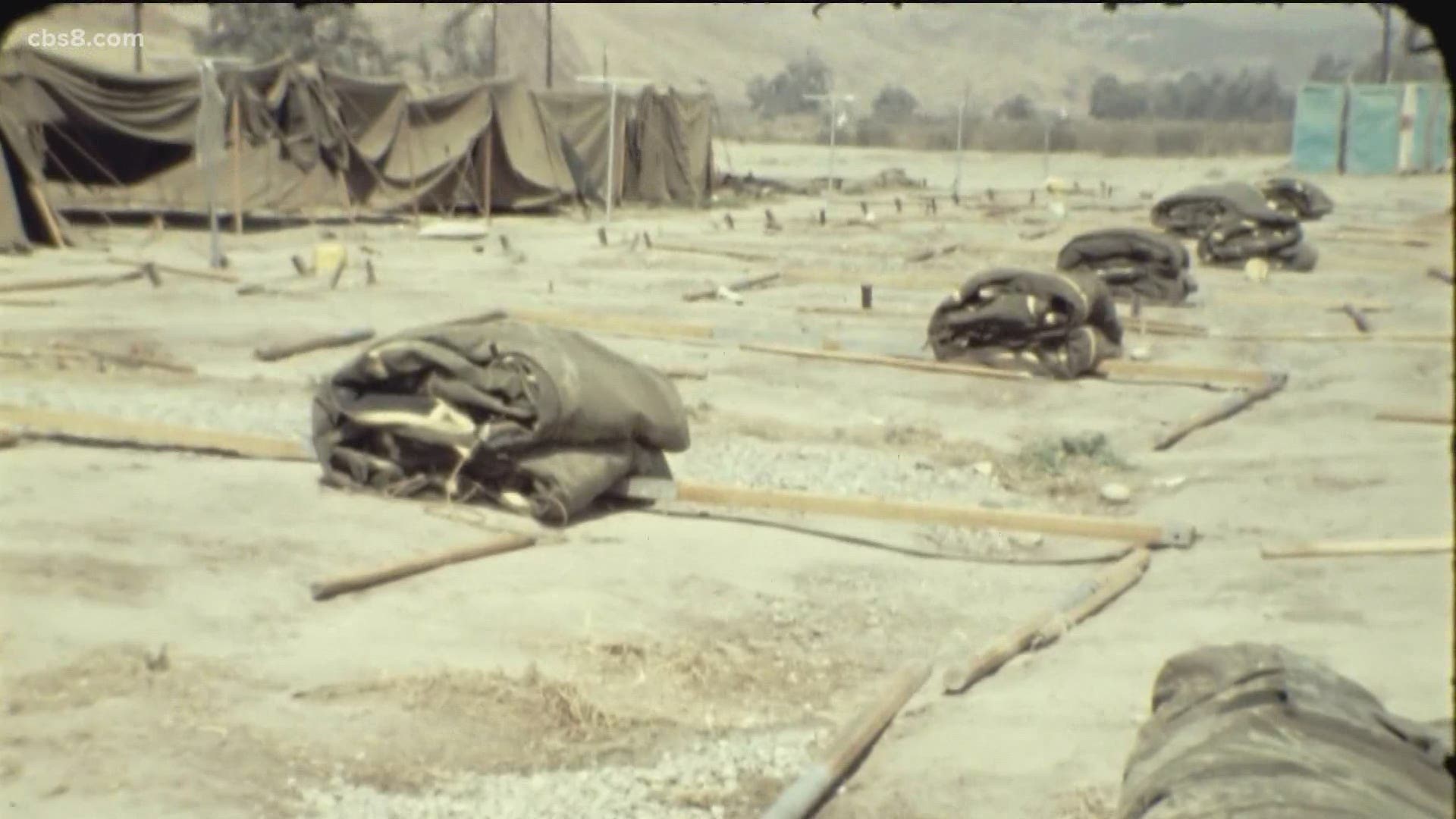 CARLSBAD, Calif. — Even for those who grew up in San Diego County, many people have forgotten that in 1975 a "Tent City" at Camp Pendleton offered shelter to tens of thousands of Vietnam refugees. In this Zevely Zone, I went to Carlsbad to reunite with two families 45 years later.

The Fall of Saigon occurred in 1975. Communist troops from North Vietnam attacked Saigon and sent Vietnamese from the south scrambling for safety. Over a period of time, more than 50,000 refugees arrived in San Diego and were bused to Camp Pendleton for shelter and food.

"It was dark when we got off of the bus," said Trang Nguyen who was 10 years old when she arrived at the tent city.

News 8 interviewed Trang in 1995. At the time, she said, "I remember [wondering] 'where are we going? Why is it taking so long?' It was a long trip. I expected to see a lot of huge mansions and big grassy yards and stuff."

Instead, Trang lived in tent number 53 with 17 other people. She didn't speak English. Trang had to learn a new language and learn about a whole new country.

Camp Pendleton was the first of four Vietnamese resettlement camps opened in the United States.

"I love our story, I love our parents' story and what they gave up to bring us here," said Thai Park who was three years old when her parents Nghi and Lieu Vu fled Saigon.

Her father Nghi said Saigon was being bombed when they boarded a plane and he had just one concern, "My wife and my children and I don't care anything else," said Nghi.

To leave the Camp Pendleton, refugees needed a sponsor family and for the Vu family it was the Patton family in La Jolla.

"Mr. and Mrs. Patton had nine kids of their own. They took us in," said Thai.

Nghi and Lieu would have five children of their own; Huy Phong, Hung, Thai, Le and Kim.  In his first years in San Diego, Nghi worked as a janitor but he went to school and became an engineer and lived an American Dream, same as the Nguyens. "The opportunity to worship, the opportunity of an education. Freedom of expression, you know it's the freedom we would have not gotten had we stayed in Vietnam," said Trang Nguyen.

She and her husband Jonathan raised three children of their own. Jonathan became a dentist in a country they love as their own.

Eight hundred Marines and civilians set up 1,000 tents at Camp Pendleton in 1975.  See below for archival footage from Tent City: