Patricia Costa honored two Veterans, her brother and father, by laying them to rest side by side. 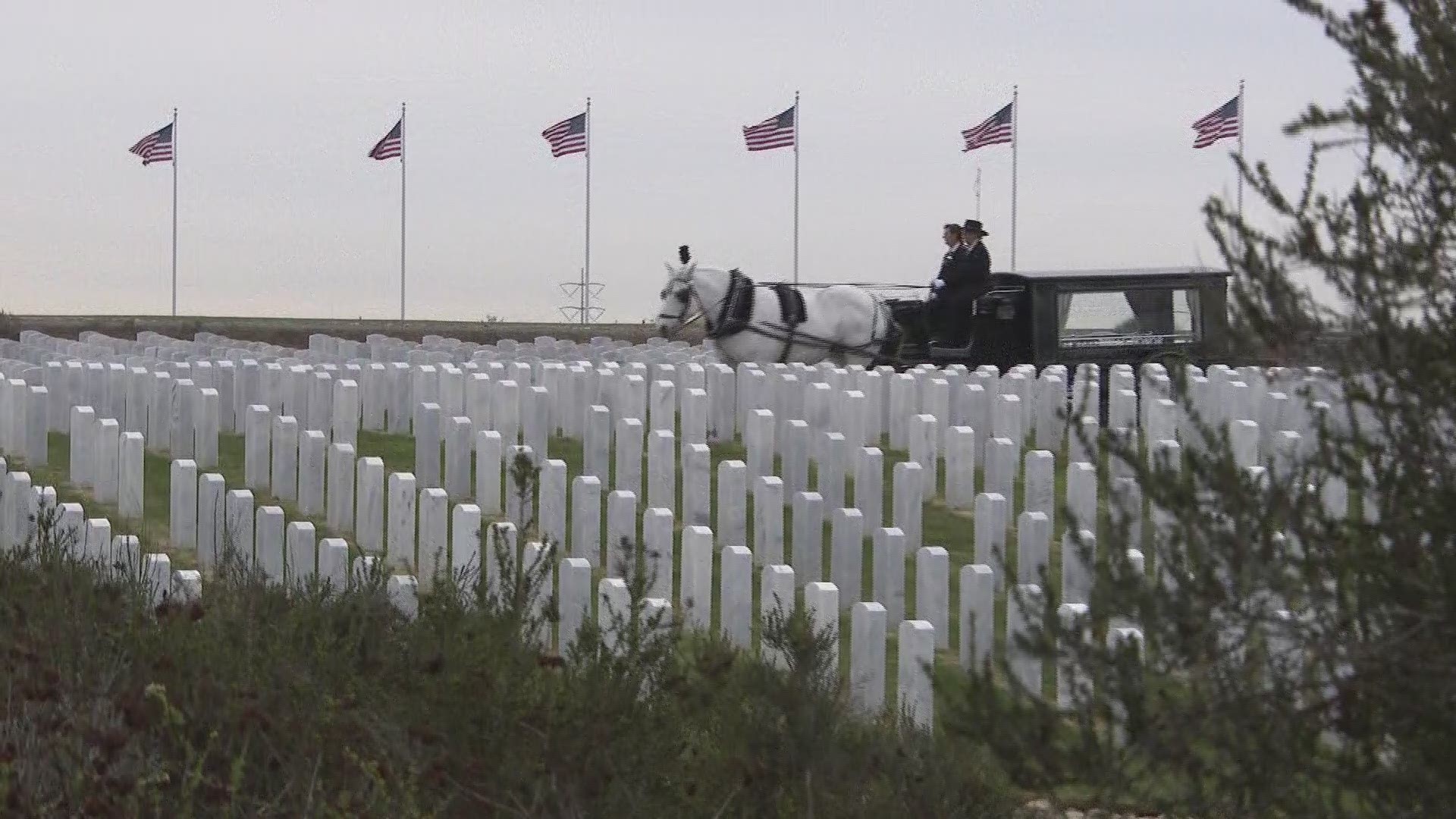 MIRAMAR, Calif. — A San Diego woman wanted to honor her father and brother at the Miramar National Cemetery.  Mission accomplished.

In this Zevely Zone, I witnessed patriotism and pageantry in two ceremonies that lasted for two hours.

"It meant a lot to me. My heart is singing," said Patricia Costa. She honored two Veterans, her brother and father, by laying them to rest side by side.

Patricia protected her father's ashes for 20 years. Lt. Colonel George Elmore fought in World War II as a fighter pilot in the Air Force and when her brother died in October, Patricia knew exactly what she needed to do. This day was important to her because when Patricia said when her brother returned from Vietnam it didn't go well.  "He came back a different man from Vietnam so I just wanted to do something special for him," said Patricia.

Patricia's brother, Army Specialist Michael Elmore battled addiction in part because the pain of war.  "When they came back from Vietnam they were not very welcomed," said Patricia. So, she reunited her father and brother forever by surrounding them with thousands of heroes. "They had a bonded relationship," said Patrica "I really believe strongly in honoring these men and women who sacrificed their lives for our country."

Now that her father and brother are side-by-side, it's Patricia who can finally rest. "A little bit yeah," Patricia  "I just know that they are up there with our loved ones saying thank you."

The Miramar National Cemetery is open to the public 365 days a year from sunrise to sunset.