Snake wrangler offers tips on how to protect your pets during rattlesnake season. 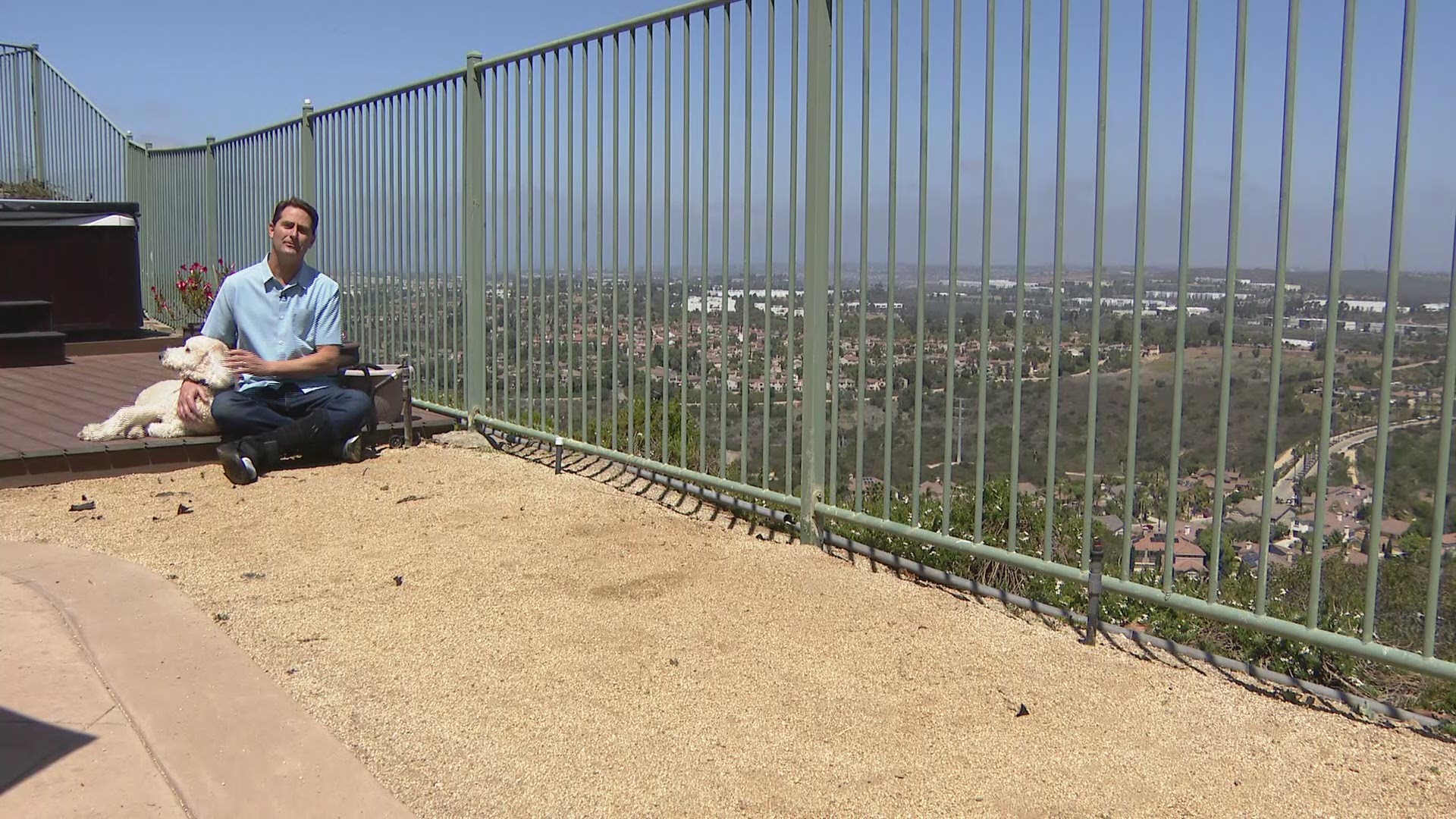 SAN MARCOS, Calif. — It's rattlesnake season in San Diego County. Homeowners are wondering how to fortify their yards to protect their pets. In this Zevely Zone, I went to San Marcos to learn some strategies and hear the story of one close call.  "Where is he? Where did he go? What happened?" asked Dave and Linda White.  They heard their dog Cello barking in their backyard and discovered him face to face with a rattlesnake.

"I was surprised," said Linda. "We needed some help," said Dave. The husband and wife watch the Zevely Zone and remember seeing a story about a father and two daughters who relocate snakes for free. "We saw him on your news stories," said Linda. They called Bruce Ireland who came to their rescue. "Great guy, extremely calm," said Linda.

Bruce grew up in Texas handling thousands of snakes. Rattlesnakes love warm weather and snake season is well underway. "It's been incredibly busy. March, April, May June and then all the way through October. The phone is ringing non-stop. We get three to five snake calls a day," said Bruce. Due to the drought, Bruce says snakes are looking for water. "The best thing we can do to keep snakes out is snake fencing but keep in mind nothing is 100-percent," said Bruce. He recommends hiring a professional to install your fencing with no more than a quarter inch gap. "I always use my hook as an example, if I can get that through but nothing bigger, that is going to keep out the smallest of snakes," said Bruce.

I showed Bruce some fencing at my yard with 3/4-inch mesh. "Your fence would probably not keep out anything but the most significant of snakes," said Bruce. I told Bruce that my wife has been sprinkling a product called Snake B Gon along our fence line. The product claims to prevent snake entry, nesting, and foraging. The ingredients are said to be pet safe and mostly consist of cinnamon, cloves, and castor oil.  "Actually, it smells alright," said Bruce. "I will say this that it certainly cannot hurt."

Bruce said the product would probably wash away in the rain or from sprinkler water, so fencing is a better choice. Bruce is a snake lover. "If you see one of these don't kill it," said Bruce. He said whether you discover a harmless gopher snake or a rattlesnake in the North County he'll wrangle and release it into the wild for no charge.  "Do not try this, do not try this, unless you are a trained professional," said Bruce while handling a rattlesnake with metal prongs.

Dave and Linda live on canyon, and they plan to fortify their yard.  They're grateful Cello is still upright and as adorable as ever.  "I think he was very lucky," said Linda.

RELATED: Environmental Alert: Lots of snakes in San Diego, and not just rattlers

Snakes are good for our habitat and help control the rodent population. Bruce Ireland lives in Carlsbad.  He and his daughters relocate snakes within a half an hour of their home. If you find a snake in your yard and need help, Bruce's cell phone is 619-204-5117.