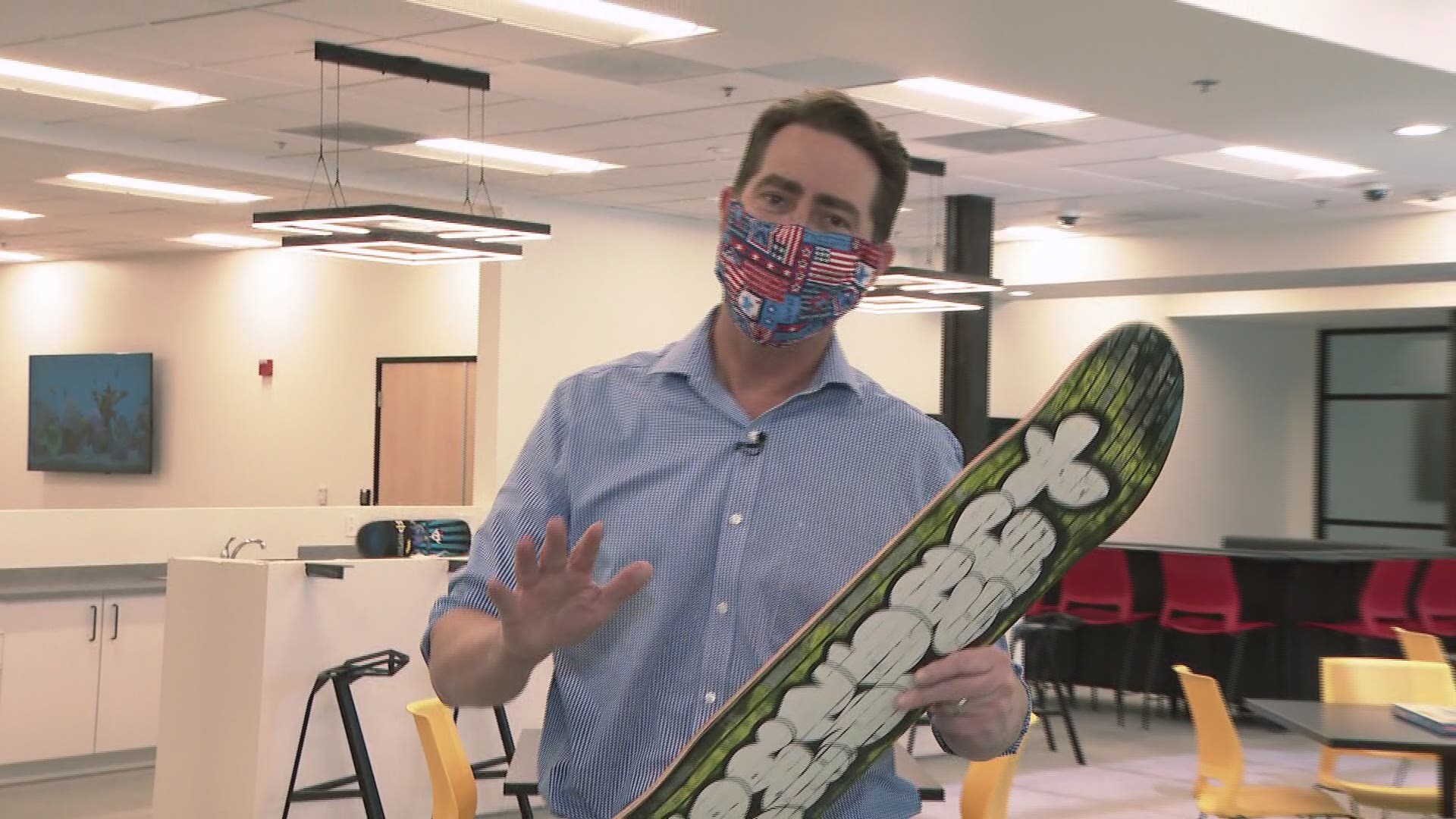 SAN MARCOS, Calif. — Sometimes the difference between good choices and a life of crime boils down to RESPECT. In this Zevely Zone, I went to San Marcos where the San Diego County Sheriff's Department gave me the first look inside their new campus for troubled teens.

Deputies Dustin Nelson and Todd Baker met me at the door of the facility. "Is this the first time you have let the media in?" I asked.  They told me, "Yeah, welcome. We should have some confetti." Instead of choosing a life of gangs, these two deputies are offering a home away from home for at risk youth.  The large building is filled with fun like foosball, billiards, ping pong, air hockey and video games.

One hundred and twenty five students have graduated from the program, even though they've never had a full-time campus of its own until now. "I believe in second chances, I care because I want these kids to make it," said Deputy Nelson.

RESPECT stands for Responsibility, Ethics, Service, Perseverance, Education, Courage and Trustworthiness. The after-school program inspires change and makes connections in the community.  Deputies and the students used to meet at the Boys and Girls Club of San Marcos to play sports and share meals. Deputies Nelson and Baker will now mentor students from their new San Marcos campus.

Soon, the RESPECT Project campus will be open every week. "No longer are we going to pass out flyers and business cards and send families all over the North County," said Deputy Nelson. Instead, children will be offered a one stop shop of options. "They need nutrition, they need fitness, they need tutoring, they need counseling or some type of family service they can get all of that in one place," said Deputy Nelson. That includes clothes to wear to a job interview. "Suits in there, shirts, ties, t-shirts, socks," said Deputy Baker.

Along with an art program, the RESPECT Project will also have a recording studio with state-of-the-art equipment where kids can make their own music. Instead of handcuffs, sometimes a kid just needs a hug.

"We have kids who have gone through this program in the beginning where they were in trouble, they were on probation they were in gangs they were dabbling in drugs and to see them full circle come around and go to college, graduate high school, be law abiding citizens," said Deputy Baker. "It's just a great wonderful experience and we are so thankful to have this opportunity in the Sheriff's Department."

The RESPECT Project is open to troubled teens from across the county. For more information click here.