Vanessa Graziano created Oceanside Homeless Resource after being homeless herself. 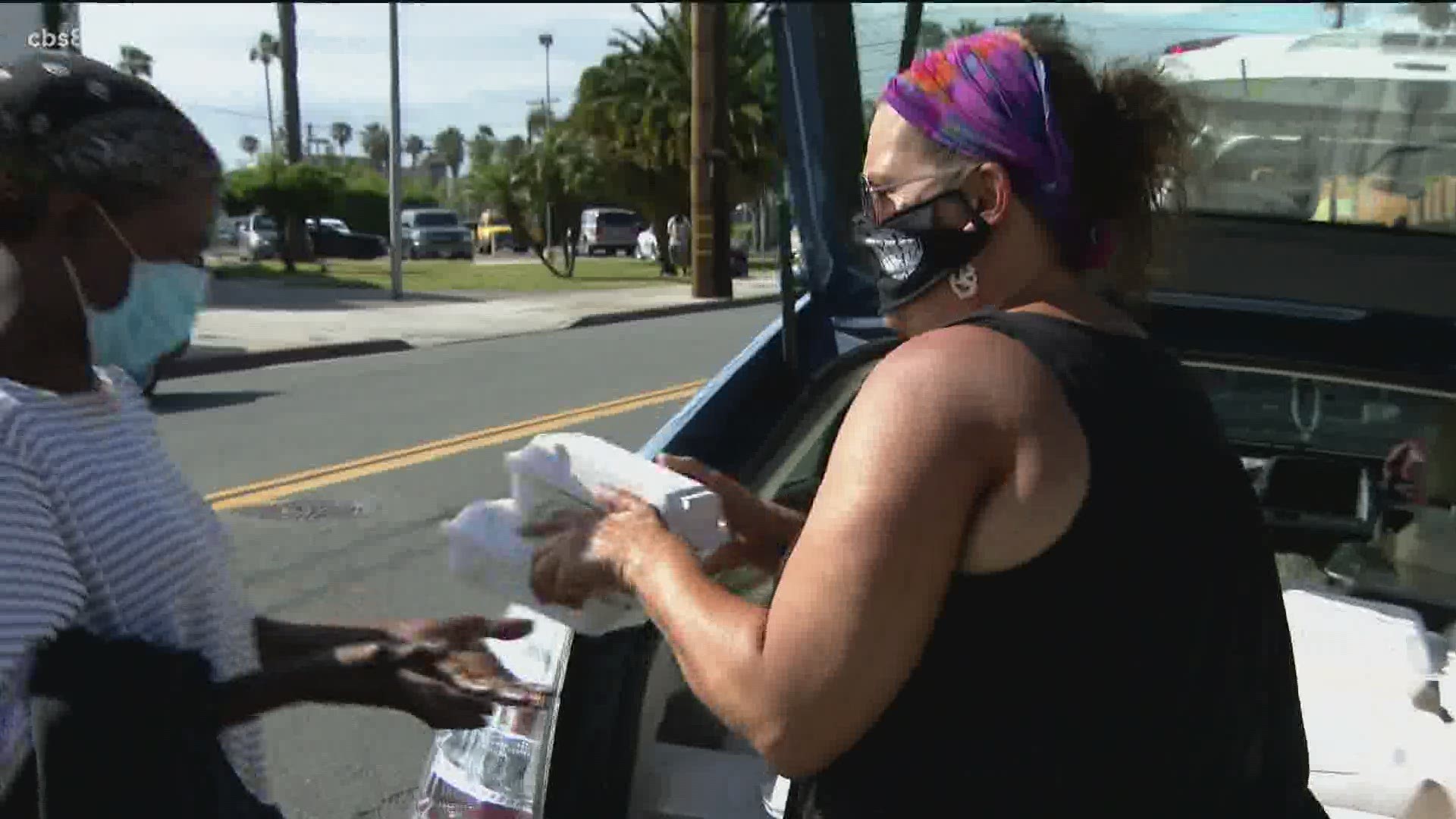 OCEANSIDE, Calif. — The homeless population has been one of the hardest hit throughout the coronavirus pandemic. In this Zevely Zone, I went to Oceanside to meet a single mother making a difference.

We found Vanessa Graziano in a park hand delivering hot meals to the homeless.

Since late March, she has been carting the food around in her 2006 Prius that's got a few bumps and bruises.

"It does just like me but you know it runs right and it just keeps going and going and doing a great job," said Vanessa.

She started the Oceanside Homeless Resource because with every meal she passes out she remembers her own struggles.

A few years ago, she lived in her car, battled addiction and lost her three children but even then she believed.

"There is always a little light, right? If you can just bring it it opens up hearts," said Vanessa.

Vanessa and her volunteer Brad Vitek get their food from a nonprofit that uses surplus supplies from shut down restaurants. Since March 19, the O'Side Kitchen Collaborative has put together and donated 85,000 meals.

"We make the meals and bring them to the curb and the receiving organizations are the ones out in the community giving the meals to the people who need them, said Heather Sorgine. "Vanessa is a fabulous human. She has such a big heart and she is so passionate and she is always looking for the next person she can help."

I asked Heather if she gets emotional.

How could you not? Vanessa isn't just feeding people like Andrea Anderson who told me, "That's God's love right there, that's God's love." Vanessa also tries to raise $400 a day, so that people like Janet Leavitt who is suffering from medical problems can live in a hotel.

"Her DNA is correct and that I wish everyone was created like her," said Janet.

Vanessa no longer lives in her car. She's been sober for five years. She got her children back and wants to help others get back on their feet too.

She's never stopped to do the math but by serving 160 meals a day since March, she's passed out almost 10,000 gifts herself.

"I don't even think about it that way but we have definitely done it, that means we've brought a lot of smiles and filled some tummies too," said Vanessa.

If you'd like more information about the Oceanside Homeless Resource or if you would like to make a donation to keep the project going visit the Facebook group here.