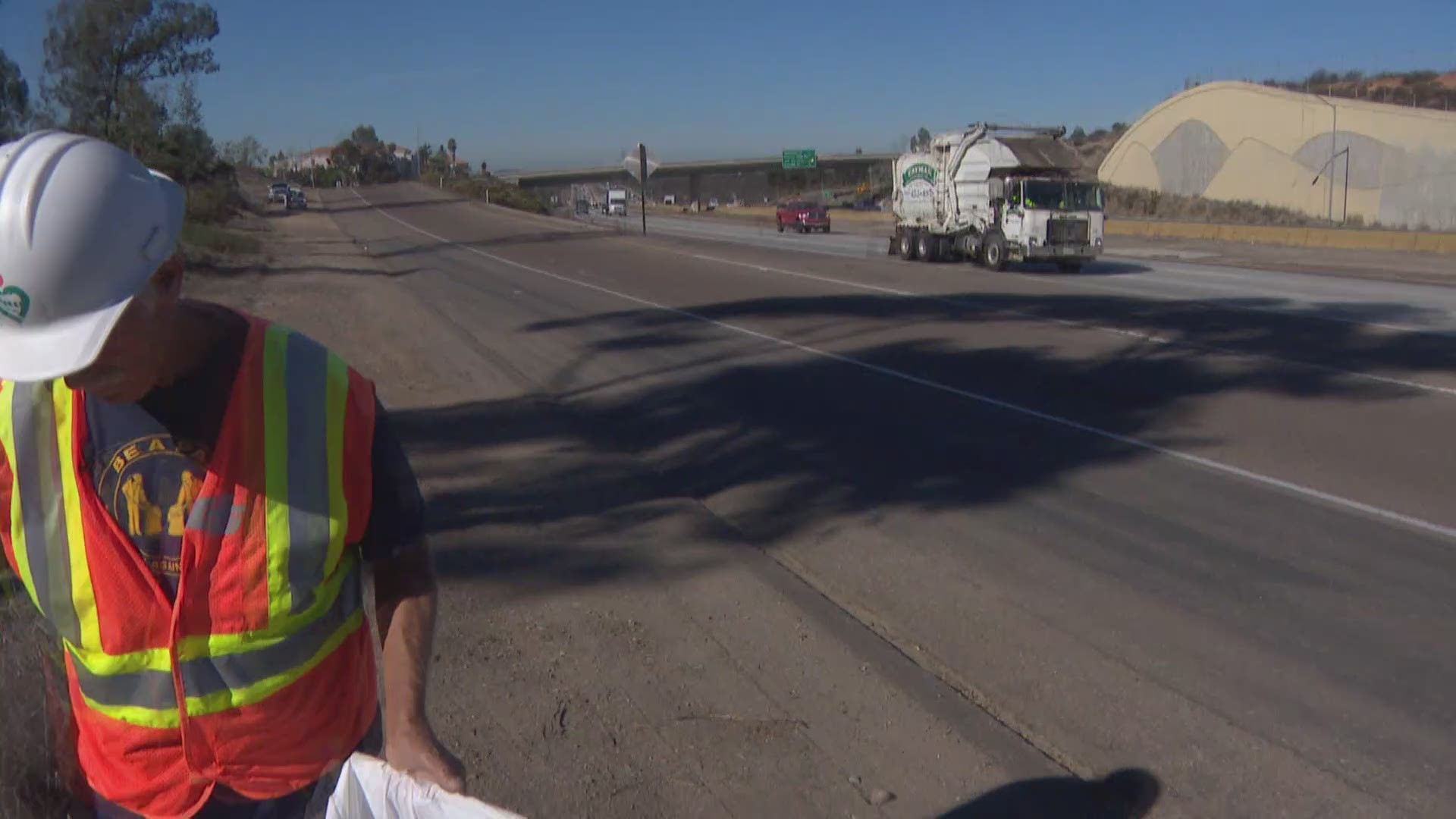 What's worse than drinking and driving? How about drinking, driving and then littering. In this Zevely Zone, I went to Tierrasanta for a highway "who-done-it"?

Last fall, I introduced you to Dan Russell. He is an Adopt-a-Highway volunteer who picks up litter six days a week.  For the past 12 years, drivers all over the county have seen Dan Russel six hours a day, six days a week, picking up trash on the side of highways. Every piece of trash makes him angry and even a pile of plastic he showed me made me uncomfortable.

"I just picked them up as litter," said Dan, who is showing me a pile of empty Southern Comfort bottles.

Earlier this year, Dan discovered a cluster of empty Southern Comfort bottles and then more.

"Well as many as five at one time,” said Dan. “That's the most I've found at any one time."

He started counting the bottles and texting me.

"Well because I thought we had a story here, ha, ha, ha," laughed Dan.

He's an Army Veteran and retired firefighter who may have missed his calling as a detective.

"Eighty Southern Comfort bottles in one location?,” said Dan. “Who is doing it and why are they doing it. That’s the mystery.”

He has officially adopted highways like the Interstate 8, State Route 52 and Highway 94

Picking up highway litter is a passion for Dan.

"Some people like watching TV ball games or play golf,” said Dan. “I pick up litter."

Dan said it drives him crazy to see so many drivers toss trash. His dream is to make San Diego as clean as possible, putting the “gold” in the Golden State.

As for the bottles, Dan says they are always dropped at the intersection of Santo Road and Eastbound Highway 52.

I reminded Dan that the CHP and Caltrans have limited resources and lots of things to worry about, but every time he finds a new batch of bottles, Dan sends another report to Cal Trans hoping that someone will install a surveillance video on a nearby light pole.

"See that light post over there? That's where the CHP camera ought to be," said Dan.  "I don't know anybody who drinks Southern Comfort other than Janis Joplin and she's not here anymore."

Then almost on cue, he said, "We have a new Southern Comfort bottle and it's not out of my bag. My bag is in the car."

Sure enough, he finds another empty bottle.  Dan's hoping the offender might see this story and put a cork in it.

Either that, or maybe the liquor litter bug will leave more clues behind like this new bottle with a few swigs left. "DNA, DNA. All the way," said Dan with another chuckle.   "The proof is in the pudding and I have no pudding so far. When they catch him, when I no longer find them, that is when I will give up."

Dan then hoisted the new empty bottle as a trophy and said, "Number 81, you spot it you got it."

Dan estimates he has picked up 120,000 pounds of litter. He said nothing would make him happier than for other people to adopt a highway too, and catch the liquor litter bug.

A spokesperson from Caltrans says they are aware of this ongoing matter. Although they do not have the resources to install a surveillance video camera to catch one litterbug, the CHP is making extra patrols by the on-ramp in hopes of catching the offender.