The actors will hit the stage at North Park’s Vaudeville & Candy Shoppe on November 23 & 24. 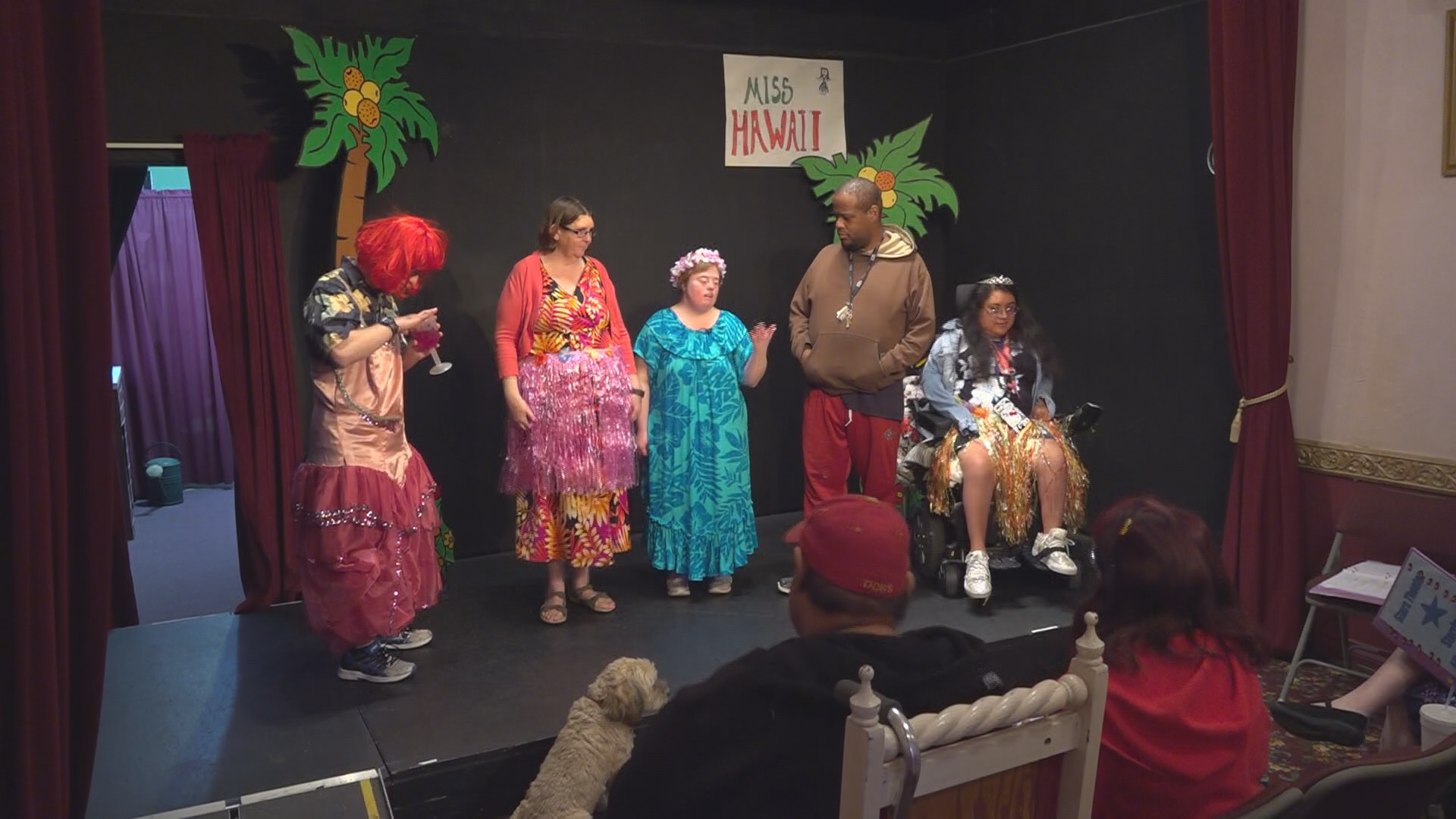 SAN DIEGO — When it comes to theater, everyone can shine on stage. In this Zevely Zone I went to North Park to profile the STARS Program for developmentally challenged actors. It was my day off, but I grabbed my camera and set up outside the theater. "Unfortunately, I can't say yes to every story but this is one I couldn't say no to," I said to the camera before heading in to surprise someone special. She just so happened to be on stage singing. "For good night my love good night. Oh good night," crooned Rachel Goldbaum.

At the North Park Vaudeville and Candy Shoppe, theater is for everyone because everyone is a star. I came to surprise Rachel Goldbaum. Mission accomplished. "I feel so happy because we have talked to on the phone or email or messenger," said Rachel. Rachel has been contacting me for months to tell me she co-wrote and is starring in her own play called Faith and Tragedy in Hawaii.

The subject of the play is leprosy, and it wasn't lost on Rachel that everyone who stars in it are comfortable in their own skin. "I'm not nervous on stage I am just a normal actor," said Rachel. She started acting in high school. Rachel is now 44-years-old and was ready to take it to the next level. "Because we are [an] advanced class, we know how to take on a play that is serious," said Rachel.

"Oh, I am so proud of them, it is like I am their mother," said Summer Golden who owns the theater and agreed it was time for a deeper more dramatic piece. "Too many times you see a group with disabilities and think 'oh they are like children' they can't do anything else' so I said to them let's do serious acting with story that really happened, and they have really stepped up and done great," said Summer.

The bigger the stage the bigger the moment. Rachel sang the closing number that ended with her crying, "Good night!" she sang to a huge applause. "Oh, didn't that make you cry?" said Summer "She puts her heart into that."

I asked Rachel about her performance, "Acting tears of course," she said with a wink." I told her, "You had me fooled." She laughed out loud and teared up a bit for real. Time for everyone to take a bow.

Faith and Tragedy in Hawaii will be performed on November 23 and 24 at 2 pm in at the North Park Vaudeville and Candy Shoppe in North Park. For more information or tickets click here.

RELATED: Special screening of 'A Beautiful Day in the Neighborhood' to raise money for Larry Himmel Neighborhood Foundation