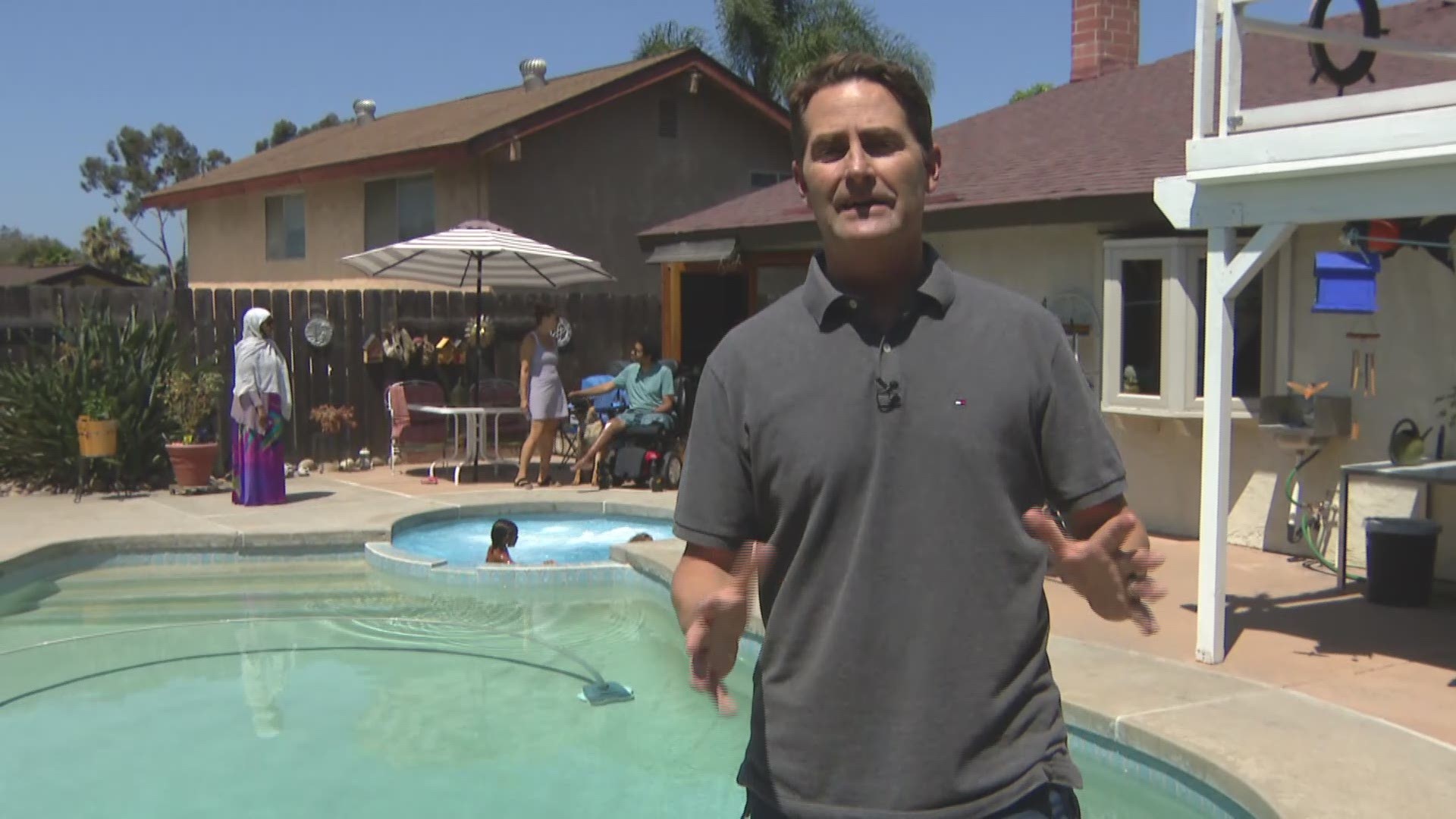 SAN DIEGO — A Super Bowl Champion is helping a San Diego father recover from multiple amputations. In this Zevely Zone, I went to Emerald Hills to follow up on a story and say thank you to the many San Diegans who joined 'Dru's Crew'. Some challenges in life are too big for one family and the community's support is the only way to make a difference.

We first met Andru Clarke, a former track star at UCLA, in February. A tooth infection damaged a valve in Andru's heart. "I have had four heart surgeries. Four mitral valve replacements," said Andru who was brought back to life three times. The 44-year-old husband and father assumed he'd make a full recovery, but a stroke and sepsis followed. "I was just hysterical, just you know worried, terrified actually," said his wife, Sarah.

"They ended up having to amputate my left leg. My left arm below the elbow and all of the toes on my right foot, and the tips of my fingers on my right hand," said Andru. Since our original story aired in February, many San Diegans have donated to the 'Dru's Crew' Go Fund Me page. "Thank you, we got so much support it really made us feel like we are not alone any longer," said Dru.

Dru's wife Sarah said messages of encouragement on their Go Fund Me page have meant everything. "A lot them have said we look at you and we feel motivated and inspired and those really make me feel good," said Sarah.

"This is Nalah, she is my service dog in training," said Dru. Thanks to donations and the organization Specialty Dog Training in Oceanside, Dru has a new best friend.  "More mobility, more self-reliance," said Dru about his service dog Nalah who they are training to open doors and watch out for him.

One of Dru's U.C.L.A. buddies is also watching out for him. "I know you have racked up more than 2 million dollars in medical bills and expenses," said Brendon Ayanbadejo in a video call. Brendon is a former NFL Pro Bowler and Superbowl Champion who is sharing Dru's story with his fans. "It does make me feel special. The fact that he wants to help, and he does so much it's incredible," said Dru.

Donations have made a big difference for Dru.  His family was able to hire him a caregiver named Kadijah. Dru's neighbors, Jim and Ursula, have also been kind enough to open their hearts and hot tub to help Dru's recovering. "He needed this in his life, and I am glad I was a part to help him," said Jim. With physical therapy, Dru is getting stronger.

With more donations, they are hoping to buy a lift for Dru to get in and out of the water. Dru says just getting wet and smiling in the sun with his children is the best medicine of all. "Awesome, I mean my girls and my wife are my inspiration, that's why I'm here. That is why I have been able to fight so hard," said Dru who also has an eight-year-old son.

Andrew is a talented accountant, who hasn't been able to work in more than two years. "It's not that I just can't work, I am incurring huge bills on top of everything," said Andru. If you'd like to help Andru financially with the most challenging life experience imaginable please watch this video, or visit his GoFundMe Page by clicking here.