C.J. Gerwien talks about the sniper bullet that almost took his life during WWII. 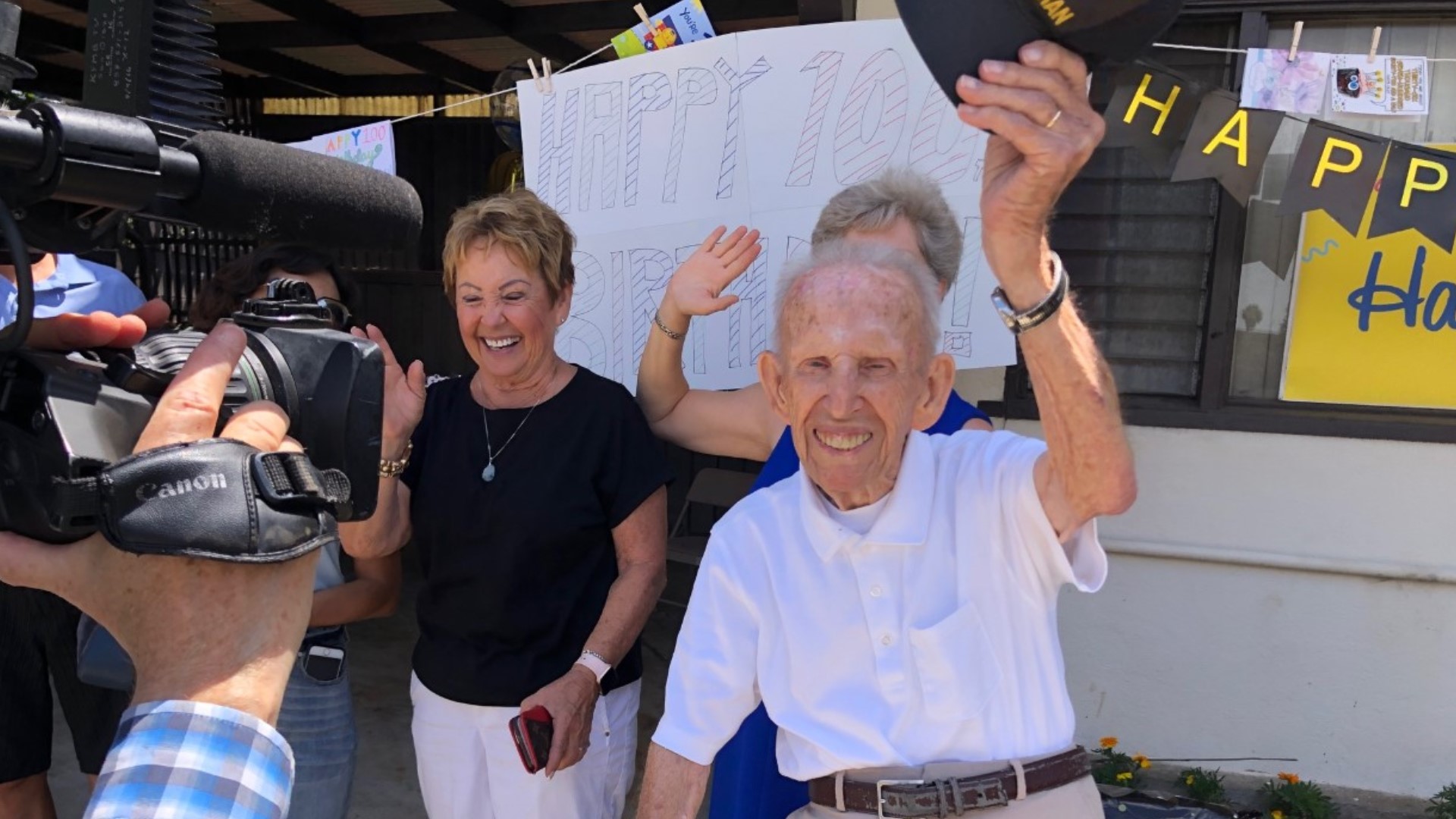 SAN DIEGO — When you turn 100 years old, you more than likely will have a few stories to share. But telling the story of being at the Battle of Iwo Jima may just top them all.

In this Zevely Zone, I went to Pacific Beach to attend a party to remember.

Drive-by birthday parties are noisy but nothing compared to war. In 1945, C.J. Gerwien was 24-years old when he found himself in the middle of one of the fiercest battles of World War II at Iwo Jima.

"Oh that's me, that's me," said C.J. while looking at a picture of him during the war.

"Well I was adventuresome at my age after I got out of high school, I started traveling," said C.J.

C.J. served in the Navy on a communications team and while on that island a Japanese sniper took a shot at him.

"And it missed by that much right by my head," said C.J. showing a distance of three inches.

C.J. was able to jump in a foxhole and walked away without a scratch on him.

"My dad is the coolest guy," said Cookie Breinholt.

She is C.J.'s daughter and she is proud of her dad for living alone, walking every day, and serving his country.

"Just a true patriot. He is one of that generation," said Cookie.

150 people were supposed to attend an in-person party but then COVID-19 happened and C.J. got a drive-by birthday party instead.  During our interview, several dozen cars passed by with honking horns, balloons and streamers.

CJ's neighbor Rick Armstrong was a Navy man himself for 34 years.

"I think that guy is a true American hero. We should be thankful to have men like that who served our country," said Armstrong.

He contacted the commanding officer of the USS Iwo Jima to make sure C.J. was showered with gifts from the ship.

Quiet heroes, like C.J., aren't used to all of this hoopla.

Countless people said to him, "Happy Birthday thanks for serving our country."

C.J. humbly replied, "I just went where they sent me."

C.J. is the last surviving member of his outfit and he told me he was just trying to survive all of this attention.

"You hear the word hero kicked around a lot in our society. That's a hero, it's not something catching a football, it's this guy," said Rick Armstrong.

C.J.'s family says when he turns 101, the party will be even bigger.

"I think I'm going to go hide," said C.J. There must be a foxhole around here somewhere.

We asked C.J. for his advice on living a long life. He told us don't drink, don't smoke, and don't worry.