A border may divide two countries, but this teenager's heart knows no boundaries as she passes out food to people in need through '4 the Border'. 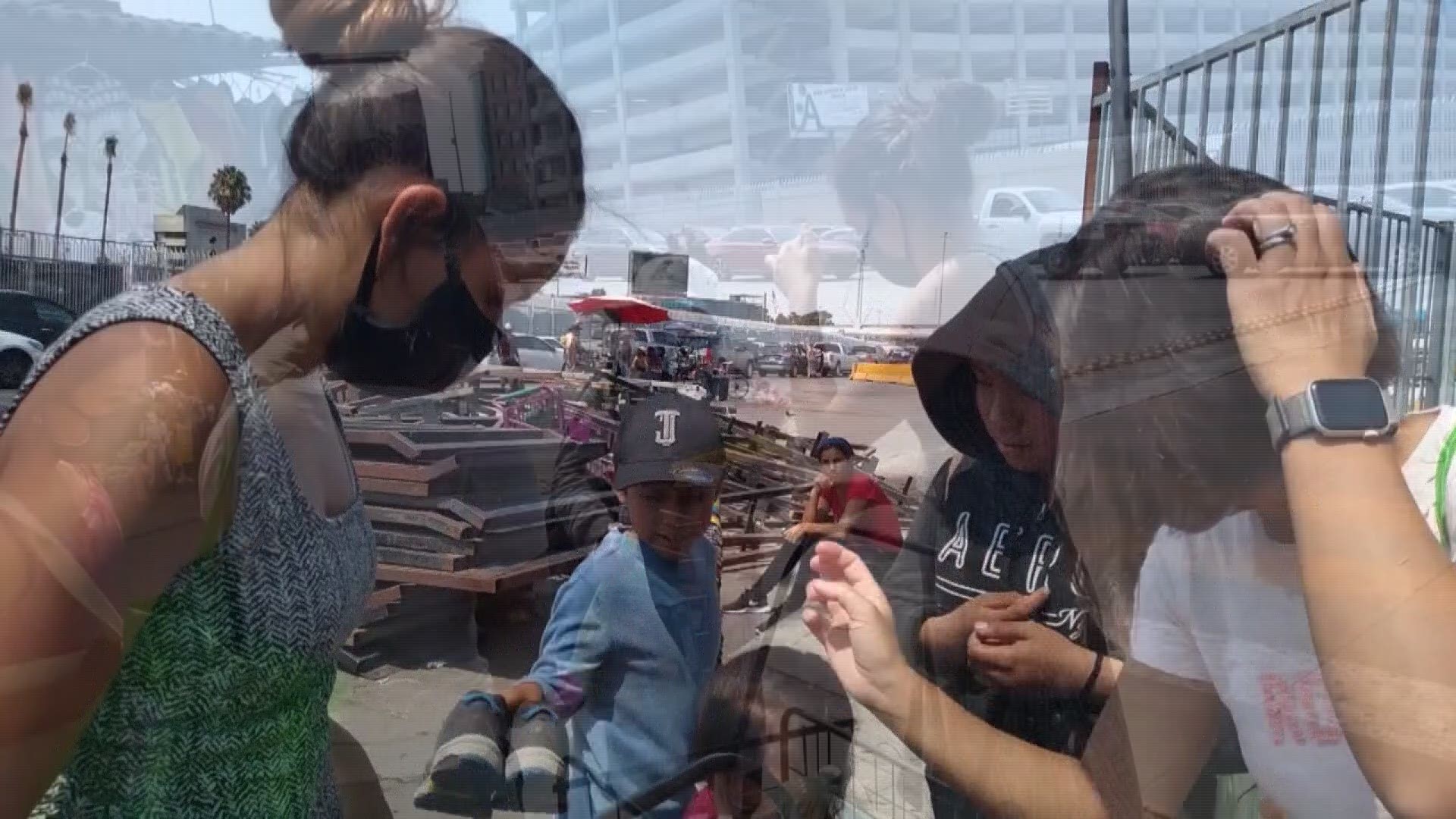 SAN DIEGO — A teenager who often travels across the US-Mexico border said the difference between the two countries is like two worlds. In this Zevely Zone, I met the 16-year-old founder of a group called '4 the Border'.

She lives in Irvine and convinced her mother to drive her more than a hundred miles to the border, to shop, prepare food packages, then pass them out to strangers in need.

"I noticed in Tijuana, especially in the San Ysidro Port of Entry, at the border there are a lot of vendors and there's a lot of people who don't have anything to sell. They are just asking for money," said Abril.

It didn't seem right to Abril that on the U.S. side of the border, she saw affluence and on the Mexico side -so much poverty.

"I see both worlds. I live in Irvine and then I also spend a lot of time in Tijuana," said Abril.

The high school junior has dual citizenship. Her mother Patricia was born in Chiapas, Mexico.

"I am from the poorest state in Mexico," said Abril's mother Patricia.

She was proud of her daughter when Abril asked to return to her homeland to help.

"I just felt really happy because now she can appreciate more of what she has and also feel compassionate about other people," said Patricia.

Hundreds of bags filled with beans, tostadas, sardines, and cookies have been passed out. When she hands out the food bags, she sees gratitude.

One young man at the border agreed, who told us, "It's very good. It's economic assistance for them. God bless them and this is a great help for those that do not have."

Abril considers living in the United States a gift.

"Living in the United States is definitely a privilege, of course, that my parents were able to come here and give me such a good life," said Abril.

A border may divide two countries, but this teenager's heart knows no boundaries.

"For them, it's a huge thing. It's giving them hope. It's showing them that there are good people in this world and there is hope to keep going and not give up," said Abril. "It's kind of like my responsibility to help people."

If you'd like to make a donation to '4 the Border' to help buy a food bag, click here.