The few, the proud, the Flying Leatherneck Aviation Museum 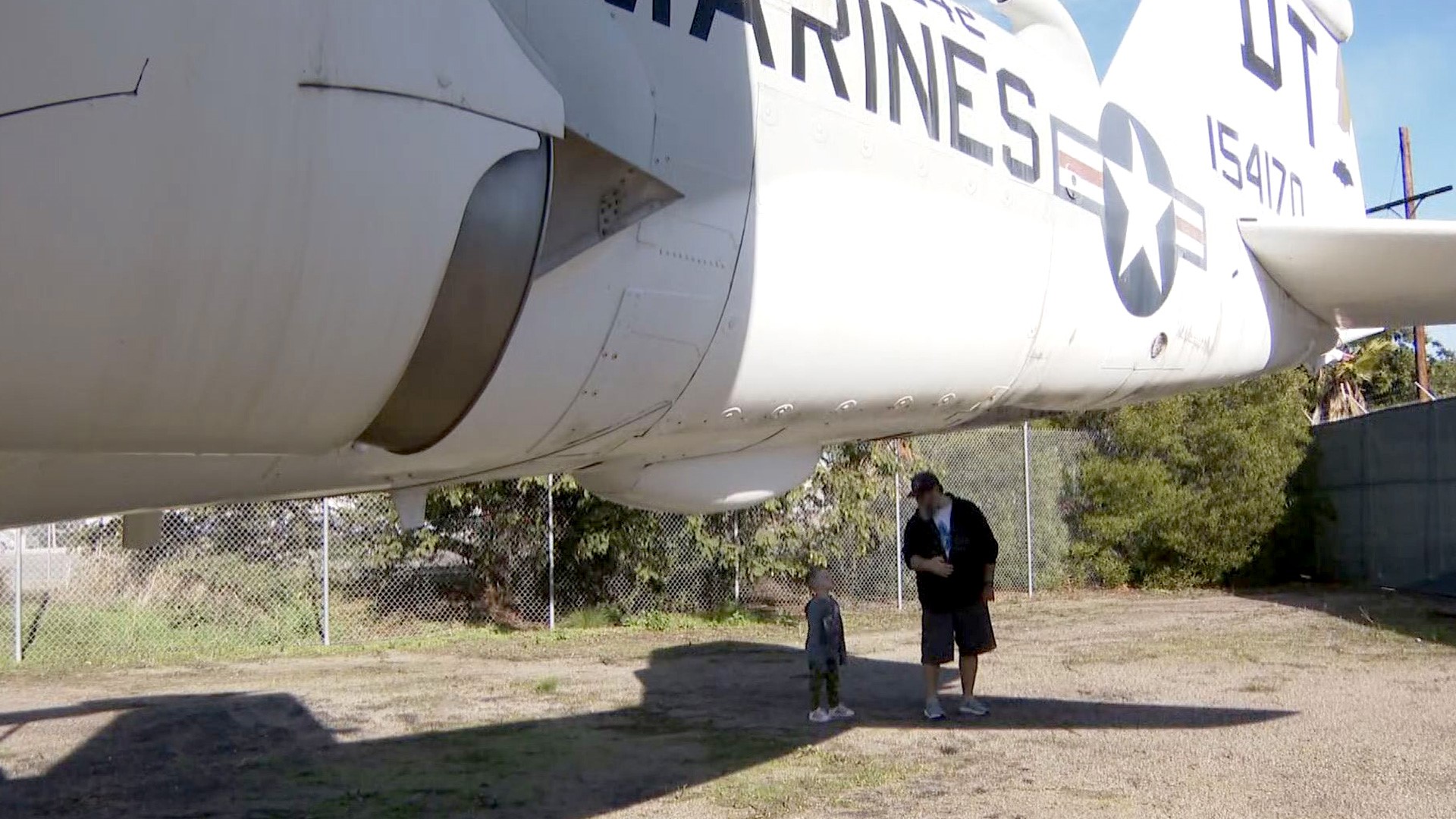 SAN DIEGO — The first general of Mexican-American descent in the Marine Corps wants to invite all of San Diego to celebrate the military's past and present.

In this Zevely Zone, I went to Miramar to visit the Flying Leatherneck Aviation Museum. "That's me as a little kid," said retired Brigadier General Mike Aguilar who knew from an early age he wanted to serve his country. "I felt that we all had an obligation to give back to the nation," said Aguilar.

The former pilot breezes through his decorated military career with humility.  "A young Mike Aguilar in flight school," said Aguilar "The short guy in the middle, always the short guy."  Mike has always let his service do the talking he's now a board member at the Flying Leatherneck Aviation Museum where they honor the past and present. "These are the Marines now that are making today's history," said Aguilar.

You've probably driven by this place thousands of times but always thought the museum was on the military base and that you needed special permission to visit which is why in the early 2000's they decided to knock the fence down and invite everybody to come on in. That's just was Dan Ayotte did with his family.  "Like Goose and Maverick? Is that why we are here today you wanted to see Top Gun right?" said Dan asked his two sons.  Dan was a Naval aviation mechanic who wanted to show his wife and kids the planes he used to work on the USS Vinson.  "How does it feel to be able to share this with your boys?" I asked.  Dan said, "Oh, it's wonderful, it's awesome that these guys take care of these airplanes and have a museum."

Admission and parking to the museum are free.  You can make a donation if you want or go crazy in the gift shop where they have his and hers Top Gun flight jackets for the kids, cups, mugs key chains and the rest. The museum is kid friendly that encourages a hands-on experience young and old. Aguilar himself went from being a little boy who wanted to fly to the first person of Mexican-American descent to become a Marine Corps general.  "I am equally proud of being an American and everything I've been able to accomplish here but I am very proud of my heritage."

He showed me a picture of Jesus Aguilar his great grandfather who he was in part named after.  "No doubt that I my heritage comes from Mexico, my middle name is Jesus," said Aguilar.  A heritage that continued with his Grandfather Lorenzo.  "He fought during the Mexican Revolution," said Aguilar. Then is was Mike's father who served in World War II. "He was flight engineer a top turret gunner in a B 26," said Aguilar "I think I am a great example of what this country is all about."

Nothing makes Mike happier than to share his love for this country. The short guy in the middle could write a long book about his love for country. "My loyalty is to America you know I'm an American," said the retired Brigadier General with pride.

The Flying Leatherneck Aviation Museum is open Tuesday through Sunday for more information go to flyingleathernecks.org.