Inside the Valley Center house made out of straw

The big bad wolf won't blow or burn down this house. 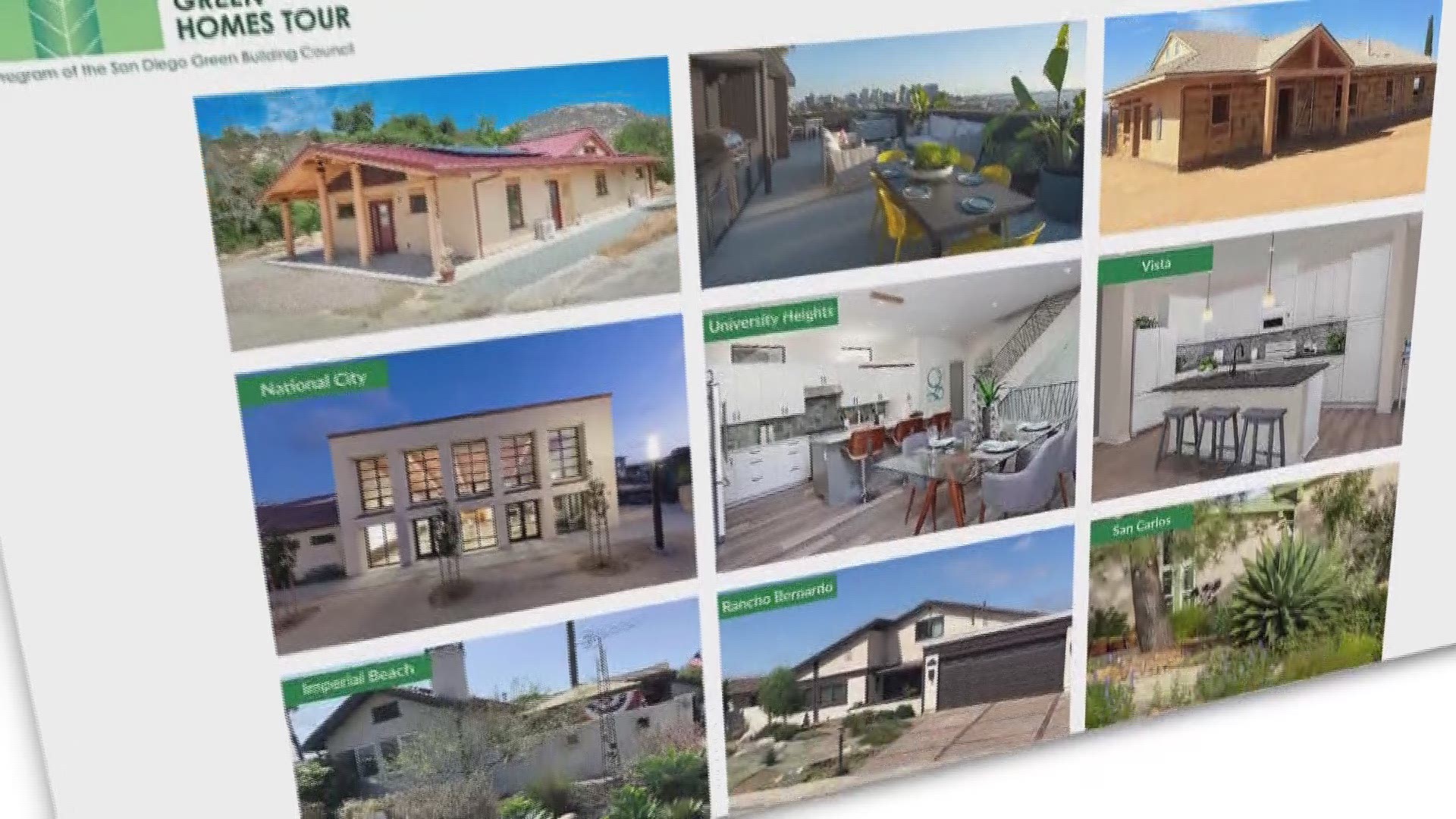 VALLEY CENTER, Calif. — What if we told you there's a house made out of straw?

"This is a straw-bale house [where] the walls are made of bales of straw," said Rebecca Tasker, a builder and designer from Simple Construct.

Rebecca said when you build with bales, you start with the basics.

I asked, "Because it's straw not hay?"

She said, "That's right - we actually have a bumper sticker that says 'Hay is for Horses. Straw is for houses."

23-inch walls may save twice as much energy, but a house made out of straw? Really? I know what you are thinking - a house built out of straw will be blown down by the Big Bad Wolf, right? Rebecca has heard that joke so many times.

Although thousands of straw bale homes have been built in the U.S., Rebecca says people still think the technology is a fairy tale. She is used to the skeptics, so I jumped on in and said, "I look at this house and I think it is going to burn up in a wildfire."

Rebecca responded by saying, "Actually, it's very counterintuitive, but once the home is plastered it will have a better fire resistance rating than a conventional home."

I then walked the property with Adam Pascu with the San Diego Green Homes Tour.

"So, this property was a 17-acre avocado farm and as you look around, you can see all of the dead avocado trees," said Adam.

He said going green isn't just about building an eco-friendly home, but what you put around that home.

"These homeowners are taking a dying avocado grove that is unsustainable, because we don't have the water for it, and they are turning it into a fully sustainable and functional farm," said Adam.

RELATED: You can stay at a real-life Barbie Dreamhouse in Malibu through Airbnb

There are 14 homes on the tour this year, including the city's first gray water toilet system in La Jolla.

"So in every other toilet in San Diego, you are flushing drinking water down the drain. What they are doing is flushing reused water, which is gray water from tubs and showers, to flush down the sewer," said Adam.

Attendees may visit as many of the homes as they like, meet with industry professionals and homeowners and learn more about the latest green home design, construction and upgrade options.

The San Diego Green Homes tour is a self-guided tour that runs this Saturday and Sunday, Oct. 19 and 20. For ticket information go to https://www.sdgreenhomestour.org/