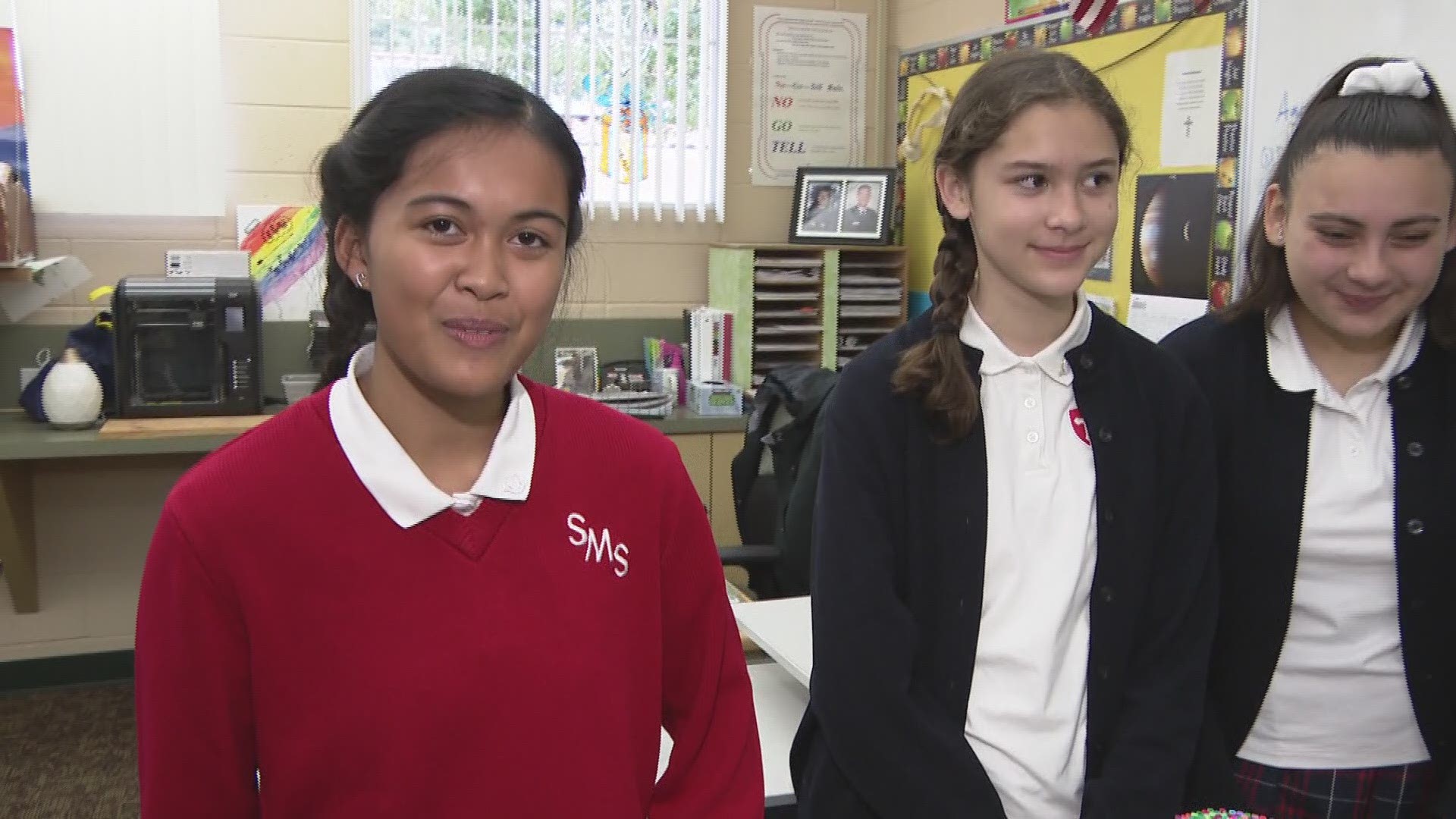 POWAY, Calif. — A team of North County students will compete for a national championship for their vision of a perfect city.  In this Zevely Zone, I went to St. Michael's School in Poway for a glimpse into the future.

"The theme of this year's Future City competition is Water: Tap into your Future," said Teresa, a science student. "It was built based on our resilient water system clean and safe water for our citizens."

Behind every great idea, there should be a team of teens pitching the product. We met eight eighth graders from St. Michael's School in Poway that presented their idea of how they can they make the world a better place. Their virtual city design, essay, a scale model built only from recycled materials, project plan, and presentation to judges received various accolades at a regional competition in Los Angeles.

It's a concept city 100 years in the future with windmills, solar everything and a water system that'll make you thirsty for knowledge. "It sprinkles iron oxide on some liquid less dense than water like oil or other contaminants and then it uses the iron oxide to make a magnetic and then it can collect the liquids in magnetic tubes," said one of the smart students. I could only stare and ask them to repeat themselves. I was caught looking at all the bright lights and main tourist attraction. "This is the floating garden it is a garden that is floating," they told me.

Several science teams from the school took their visions of the future to Los Angeles to a regional competition. Four teams walked away with awards.  Hydro City was the top team in Southern California and that means a trip to the national championship in Washington DC. The students did the work, not their parents, not the teacher, this was all students. June Poling the science teacher told me in years past her program was strong in details but lacked delivery. "Every project needs a pitch person and I figure Teresa was your ringer?" I asked. Ms. Poling laughed and responded, "Yep, you figured it out!"

You can't fight city hall and don't even try to tell Teresa and her team a national championship isn't in their future. "Lincoln Memorial and Capitol building here we come," said the students.

The team travels to Washington D.C. on President's weekend. The winner of the competition will receive a $7,500 dollar prize for STEM education and a trip to the U.S. Space Camp.