Cesar Sanchez was discovered singing in public while making tortas. 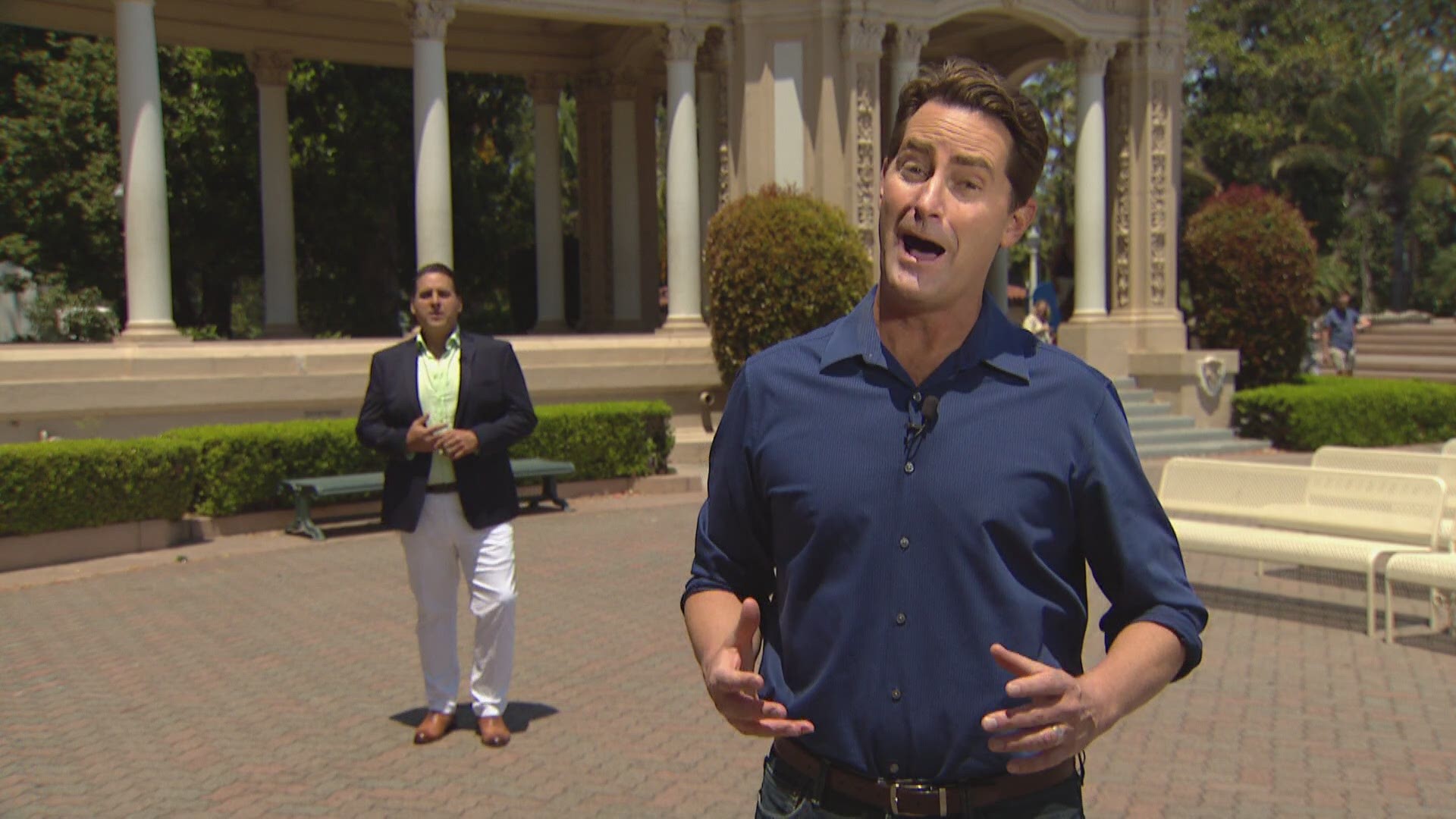 SAN DIEGO — Some voices are so profound, they transcend all borders. In tonight's Zevely Zone, Jeff is at Balboa Park to meet the Tijuana Tenor.  At 11 years old, Cesar Sanchez started performing by accident, when he saw someone singing opera on television. "It hooked me with an arrow, in my heart and I knew I wanted to do that for the rest of my life," said Cesar. He grew up in Tijuana where opera opportunities were limited. When he just started singing, his could only stare in disbelief. "They didn't know what was wrong with me. I locked myself in my room and started screaming and they worried," laughed the tenor.

Cesar started performing in public. He was discovered at a taco stand in Tijuana making tortas. The Mexican government was so impressed, Cesar became an Ambassador to the Arts and sent to Europe for professionally training at the Mozarteum Conservatory of Music in Salzburg, Austria. His voice has taken him all over the world. "Yes, I would have never imagine to be at the places that I have been if were not for the singing," said Cesar.

A published review about his performance in Macbeth described him as "particularly impressive" with an "incredible vocal freedom and power" an a "fan favorite". "Well, I think when you come from Tijuana when you are given an opportunity, you never take it for granted," said Cesar.

During our interview, Cesar's booming singing voice echoed across Balboa Park. People came from all over the park to investigate. "I was over by the Aerospace Museum," said Keith Turner.  That was about a half a mile away.

"We heard amazingness," said Nicole Thomas. Her family is from Vegas, and they know a good show when they see one. "I have never heard a voice like that in person it was amazing to hear right in front of me," Mark Thomas.

Cesar is known as the Tijuana Tenor, and he offers this advice the next time you have a dream. "If I were to say something it would be believe blindly, blindly believe because that is the only way to get through it. You can never doubt it, your talent always has to be bigger than your doubts," said Cesar.

RELATED: 'Songlorious' offers affordable way to have professional musicians sing your heart out

Cesar Sanchez has never performed for the San Diego Opera. Now that the tenor now in San Diego and he really wants to do just that.