Inside the must-see attraction for tractor enthusiasts in Vista

There are tractors for as far as the eye can see tucked away in Vista. 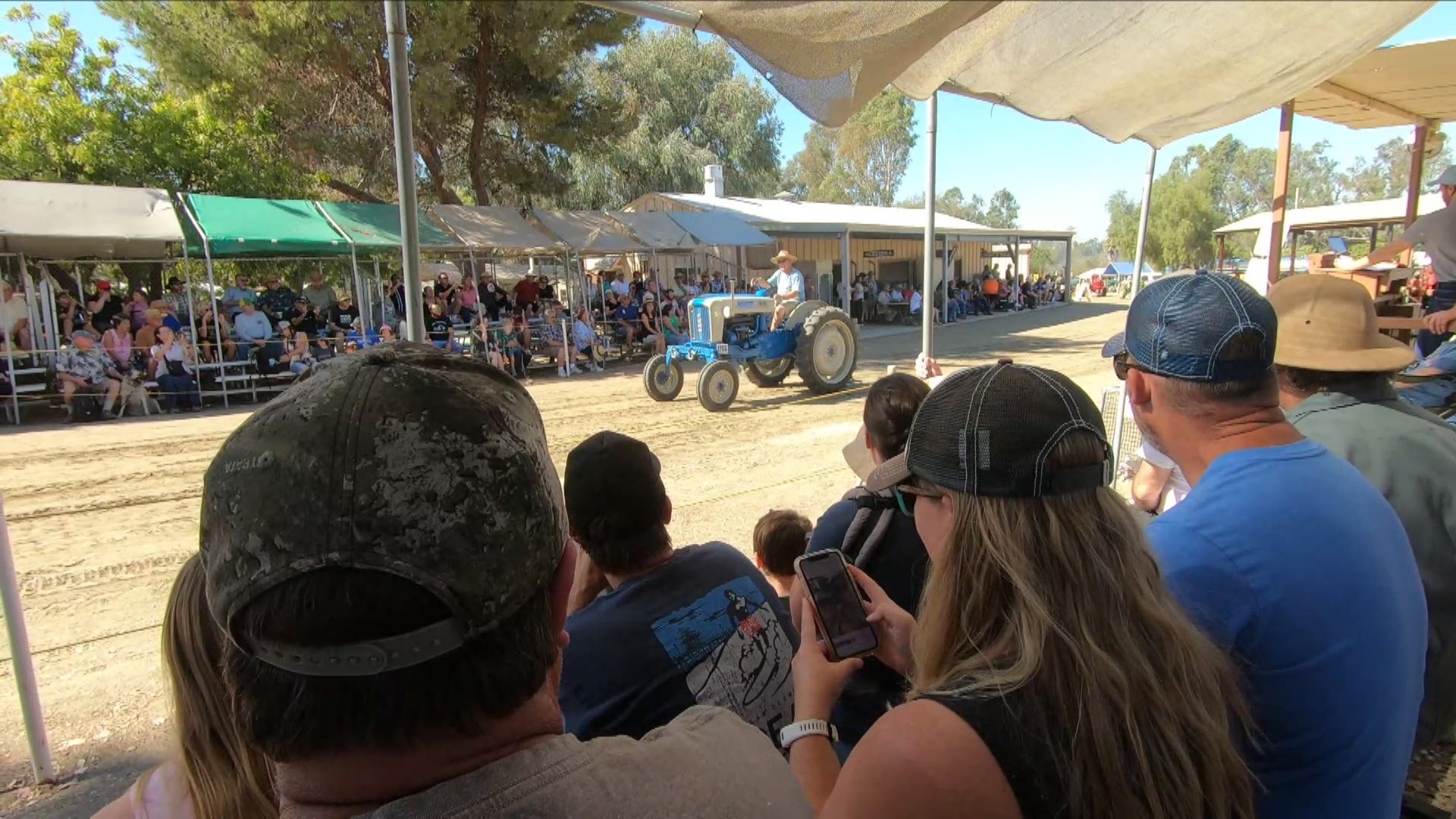 That brings us to the Antique Gas & Steam Engine Museum. It's a nonprofit organization that sits on 55 acres of land in Vista. A few times a year, the entire property comes to life. If you ever wanted to blow off some steam and slow things down, you might consider visiting and trying to count the number of tractors living out their golden years there.

"We probably have a couple of thousand here," said Virgil White.

Back in the Air Force, Virgil could fix anything and he's good at getting these old tractors going. On this day, he's making sorghum syrup.

Making syrup is slower than molasses. First, they had to grow the stalk, then take the time to fire up a tractor to extract the juice.

No one's in a rush around here.

"Is it worth the effort?" I asked. "No," said Virgil with a chuckle.

I tried it and thought it tasted like cough medicine. Some cough medicine might come in handy around here. Most everything out here is coughing and wheezing like you wouldn't believe.

Jim Williams was watching a parade of tractors drive by. Jim grew up on farm, so the tractor parade brings a glimmer of pride to his eye.

RELATED: Rare antique cars up for auction in Bloomington

RELATED: It's time for pumpkins, corn mazes and tractor rides in North county

"Everybody today thinks your food comes out of the grocery store, [but] they don't realize what it took in farming back then or even now to raise a crop," said Jim.

Ashley Jaques, the museum's executive director, calls the organization a salute to the past.

"I love that a 5-year-old can come out and help an 80-year-old and they can get together and volunteer and find a common interest," said Ashley.

I went by the blacksmith shop where people are pounding on steel with fire in their eye. The place is filled with the type of people not afraid to roll up their sleeves or roll in the dirt.

The Antique Gas & Steam Engine Museum is always looking for new members, volunteers and visitors. If you are interested, click here.