The Winston School breaks tradition to honor the Class of 2020 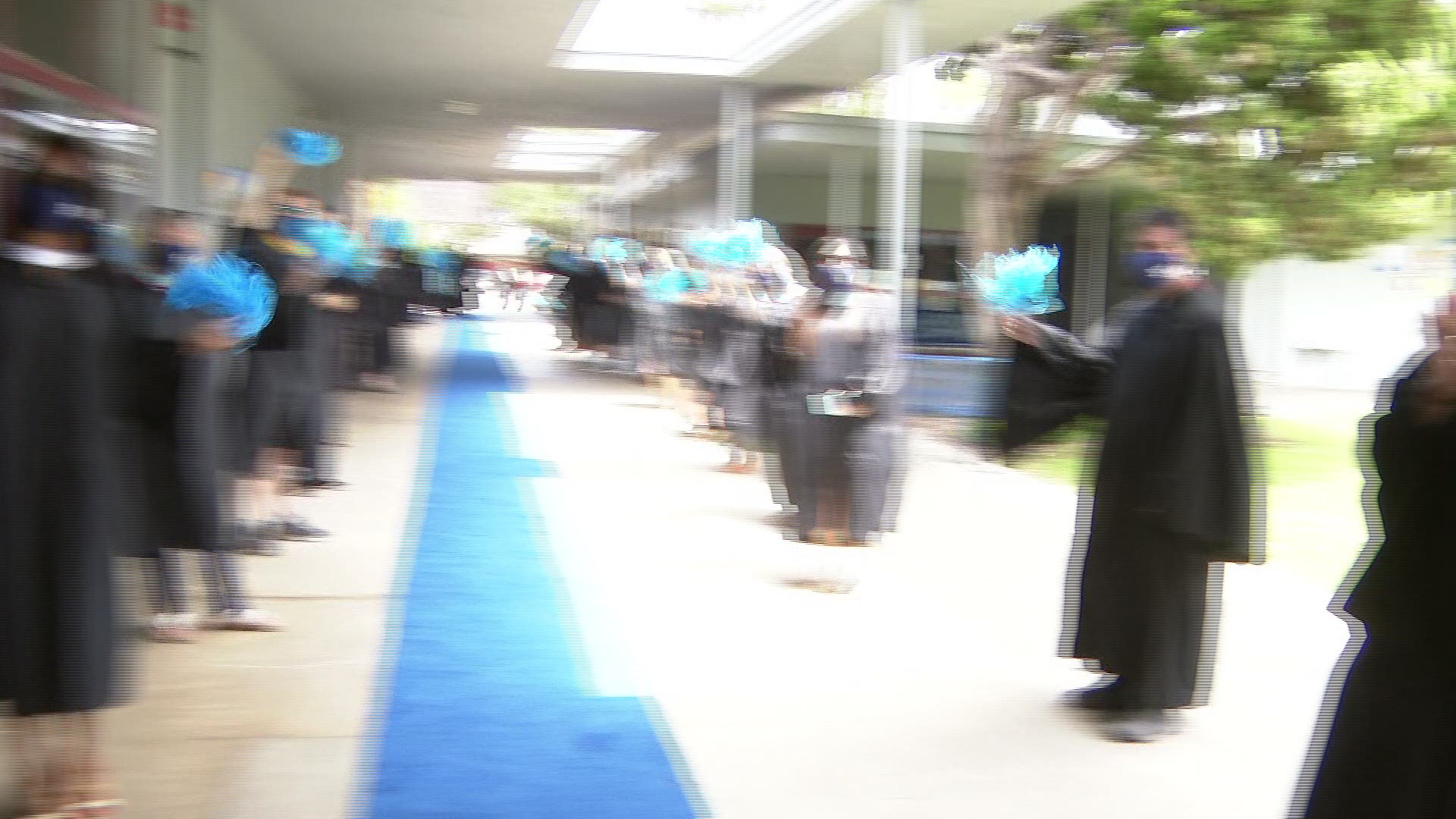 DEL MAR, Calif. — It's been a year unlike any other, so one school in Del Mar decided to buck tradition and invite a TV News crew to their graduation ceremony for the first time.

In this Zevely Zone, I went to The Winston School for a "drive through" celebration.

The school's Director of Special Education showed us how parents would drop their kids off in the back parking lot then drive around to the front of the school to pick them up after the students received their diplomas.

For more that 30 years, the Winston School has provided an education to bright and creative students.

"We have students who have significant learning disabilities dyslexia, dysgraphia, dyscalculia," said said Dr. Holly Reed. "I would say that almost every student that comes here comes with some level of school trauma that they have failed somewhere along the way."

Senior Hannah Fantel-Galinson said the The Winston School was a breath of fresh air.

"Well I just had a lot of issues with my last schools and I never felt like I was connected to any of them," said Hannah.

It's was a similar experience for senior Warren Conrad.

"My sophomore year I got kicked off lacrosse team which was my favorite sport," said Warren who told me at Winston he got his grades up and won two basketball championships.

"It's been amazing, It's helped me a lot and I think these kids can say the same thing," said Warren.

Eighteen students graduated with the Class of 2020. This was the first time the school allowed a TV News crew to cover their graduation.

"It might make them a little nervous. We have prepared them that you are here," said Dr. Reed.

But because distance learning has been a challenge like no other, the staff allowed us to get up close for this right of passage.

"I think a lot of our seniors feel like they have missed out on something," said Dr. Reed.

"I am so proud. I am overwhelmed too," said Hannah's mother Laura Galinson.

She said her daughter became the school president at The Winston School and that called for a drive off, drop the mic senior speech.

"I don't know I am just so overwhelmed by just how much love the school gives me I am just going to miss it so much and I just really appreciate how much they did for this graduation like it's really important to all of us," said Hannah with tears flowing.

Now that she's graduated, Hannah said she plans on finding a job and starting her higher education at a community college.