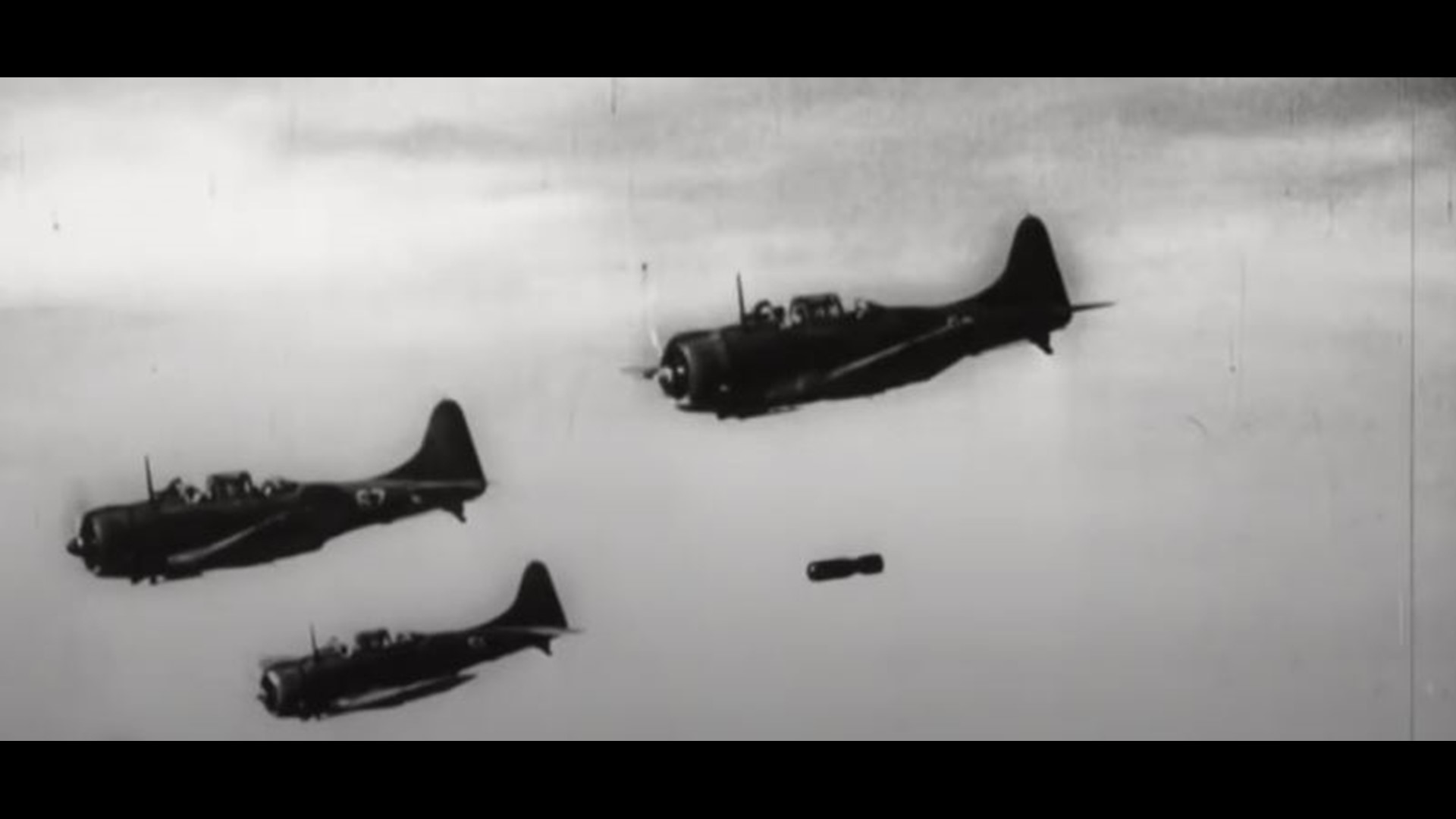 SAN DIEGO — Nearly 80 years after the attack on Pearl Harbor, a Navy sailor has been identified and laid to rest.

In this Zevely Zone, I attended a special ceremony at Fort Rosecrans National Cemetery. When Japanese fighter planes attacked Pearl Harbor on December 7, 1941, more than 2,400 Americans died. Many of the casualties are still unidentified.

"I never thought this day would come actually," said 95-year-old Marjorie Snykers. Her brother, 19-year-old, Navy Seaman Wallace Mitchell was killed aboard the USS Oklahoma. Nearly 80-years later he's finally been identified. "I think it's wonderful. It just blows me away. It's been so great," said Marjorie.

"My mom had nightmares for years," said Marjorie's son Scott Snykers. The family is impressed by the Navy's undying commitment. "They never forget. Something could have happened 80 years ago, a tragedy and nobody says it happened a long time ago. They never forget," said Scott.

On Dec. 7, 1941, Mitchell was assigned to the battleship USS Oklahoma, which was moored at Ford Island, Pearl Harbor, when the ship was attacked by Japanese aircraft. The USS Oklahoma capsized quickly. The attack on the ship resulted in the deaths of 429 crewmen, including Mitchell.

For years, the family exchanged letters and telegrams with the Department of Defense asking them to bring Mitchell home. Many of the unknown sailors were buried together in Hawaii, but thanks to DNA analysis, Mitchell was identified and flown back to California. His niece Kristin Etter is honored by the respect that was shown.

"Just watching the plane come in and knowing he was there and that they found him and identified him after 80 years it was so unbelievable," said Kristin.

No one knows what Wallace Mitchell would have accomplished in his life, but he loved writing and sport.

"I think that he mentioned that he wanted go to the Columbia School of Journalism and that was a dream of his," said his nephew Scott who shared pictures of his uncle's press pass and a medal for best all city high school sportswriter.

The sailor who grew up in Los Angeles was finally laid to rest.  "It feels tremendous that we can honor him individually," said Scott. The family is impressed by the fulfilling a nation’s promise; to never leave a service member behind.

"A single soldier is the most important thing to them and bringing them home," said Scott. "He is no longer unknown, he is known."

What would Wallace Mitchell think of this day? "He wouldn't believe it; he'd say all of this for me?" said his sister Marjorie.

For additional information on the Defense Department’s mission to account for Americans who went missing while serving our country, visit the DPAA website by clicking here.