UPS Driver makes a 'special promise and delivery' to his family 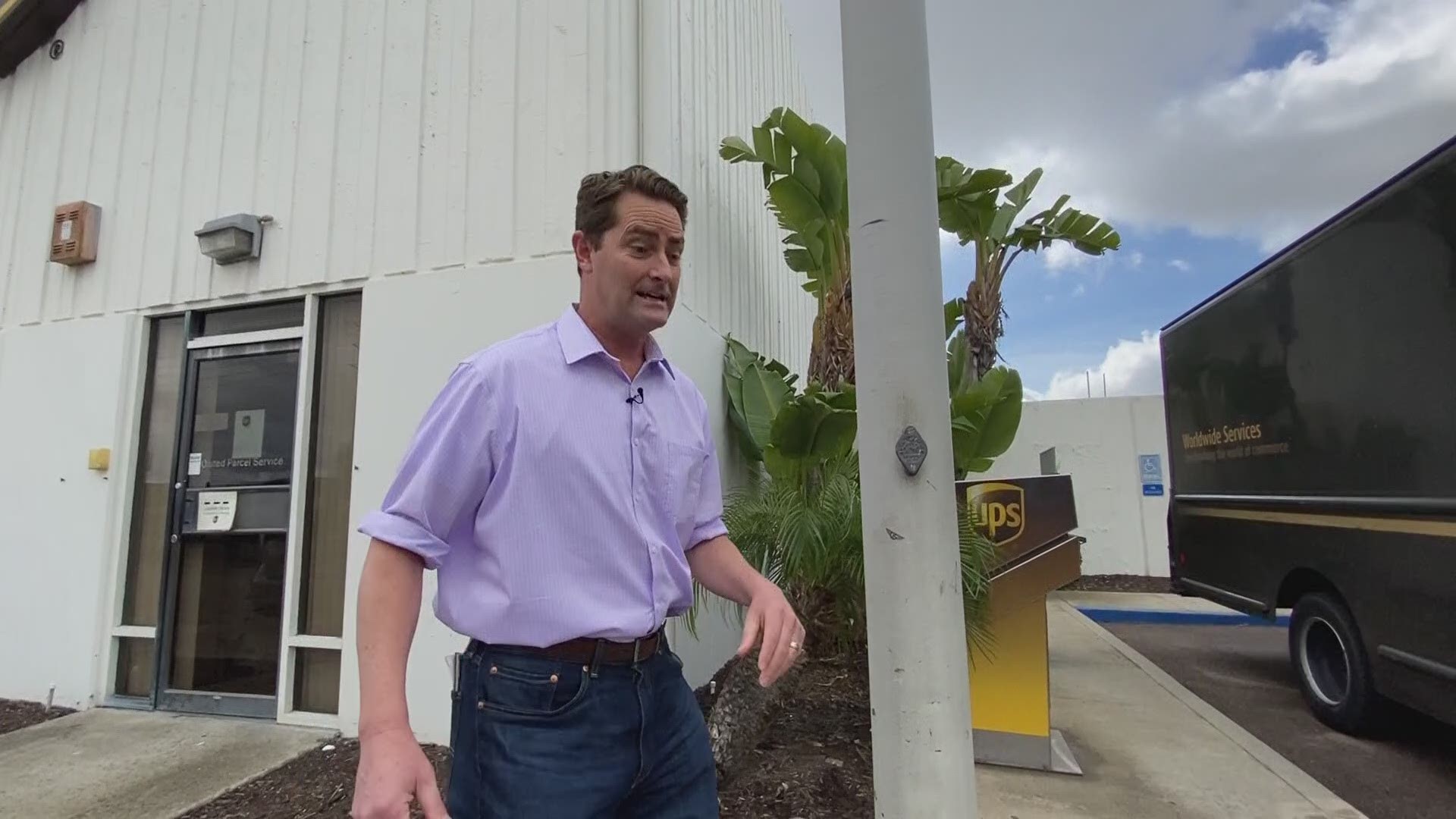 SAN DIEGO — It's never a good time to be hospitalized and fighting for your life, but the year 2020 made it extra challenging for one San Diego father. In this Zevely Zone, I went to Kearney Mesa to meet a man who overcame his health problems and now find himself in the driver's seat.

"I started with a cough, sore throat and loss of taste," said Rene Aranda.

Back when most of us thought these symptoms could only mean COVID-19, Rene made three trips to an Emergency Room only to be hospitalized with a different diagnosis.

"That's when they told me I had necrotizing pneumonia," said Rene.

"I just prayed for the best," said Rene.

The father of two could only think of his 6-year son Angel and 3-year-old daughter Aileen.

This all happened in January 2020, when Rene was a warehouse worker at UPS and from his hospital bed, he spotted an omen.

"Yeah, every morning roughly around 10:30 there was always a UPS package car delivering to the Scripps Hospital I was in," said Rene.

He figured why not dream big? He decided then and there to become a UPS driver. Rene was told repeatedly, it would take at least a year to recover, but he became a UPS driver in less than six months.

"Wanting something so bad and going after it. You know?" said Rene.

We've all heard the slogan, "What can Brown do for you?"

But this was about what Rene had to do for his family.

"Yeah, losing a lung is a lot but I don't think was it for me," said Rene.

As a driver, dropping off packages is important but as a father tripling his salary and providing for Angel and Aileen was one lung special delivery that breathed new life into their future.

"As dark as things may seem, storms do not last forever on Earth," said Rene.

Rene never gave up on his dream and has been driving for about six months now.

He said, “I wasn’t going to let what happened to me be an excuse or an obstacle.”

And when asked if he’s had any “bad days” performing a rigorous driver job, he chuckled and said, “A bad day is losing a lung.

I’m just grateful to be alive – I’m grateful for every day.”

Rene is 25-years old and is looking forward to a long healthy life.