Urban Corps serves as a bridge to a better life for young adults ages 18-26. 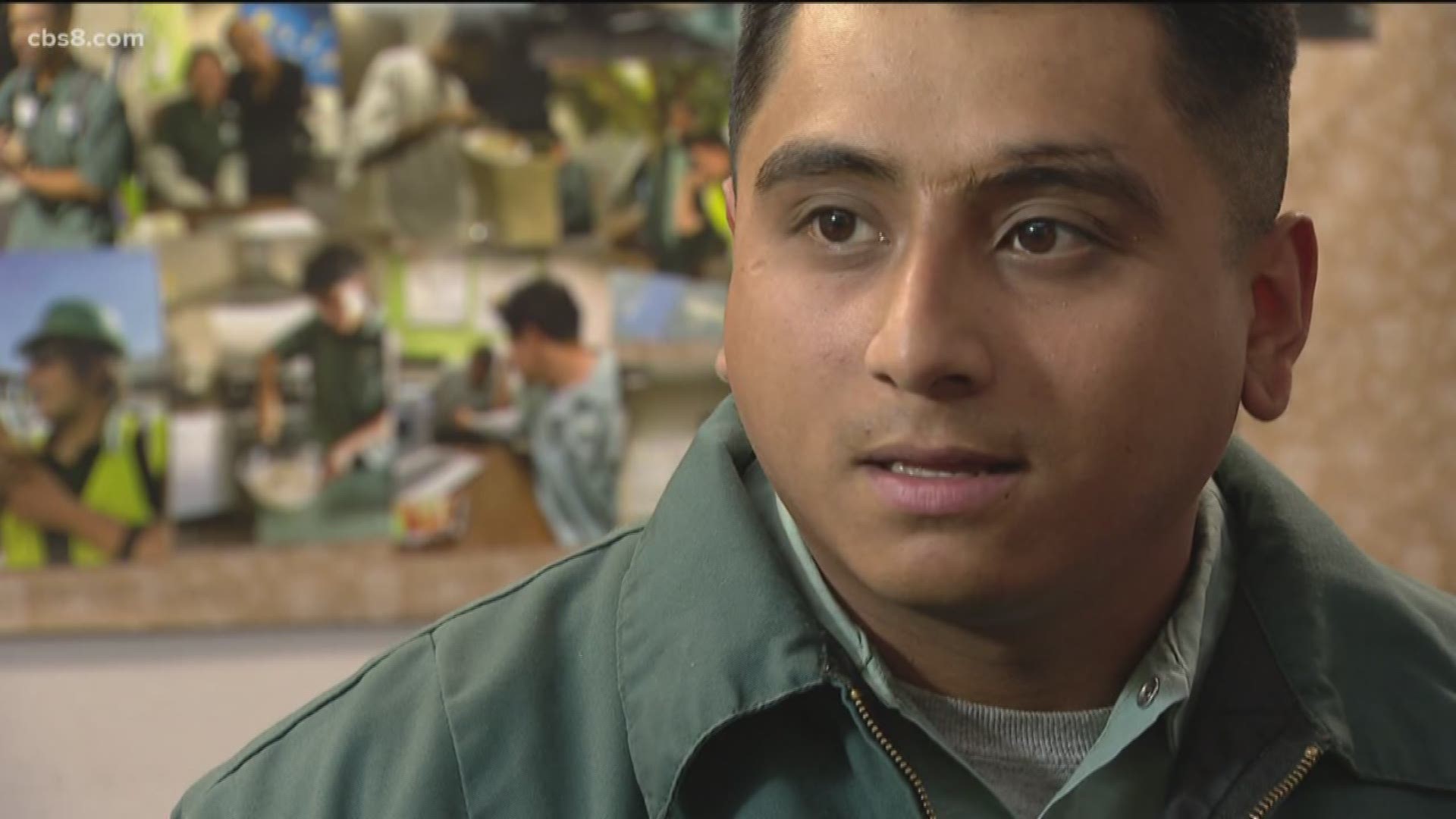 SAN DIEGO — For thousands of San Diegans who dropped out of high school, Urban Corps has been second chance at a better life. In this Zevely Zone, I met one of this year's top students with an impressive success story.

"I had my mom but she was never around," said 23-year old Rodrigo Ascencio. The former El Cajon resident grew up making mistakes that sent him to first to juvenile hall and then to jail. "My childhood was kind of rough I grew up in a neighborhood with a lot of gang violence," said Rodrigo. He joined a gang at the age of 13 and within five years he was serving prison time for a drunk driving conviction. "If it wasn't for prison I don't know where I would have been because I was doing so many bad things at the time," said Rodrigo.

After prison, Rodrigo turned over a new leaf at Urban Corps a non-profit organization that provides an education and a job to young adults.  According to their website: Urban Corps has given thousands of underserved, low-income young adults ages 18-26 the opportunity to improve themselves while improving their own communities. Youth in the program may have dropped out of high school due to involvement with gangs or drugs, becoming a young parent, or an undiagnosed learning disability. Some are refugees with limited English. Some aged out of the foster system without a diploma. A growing number are homeless. On average 90 percent of graduates are either placed in jobs following commencement or are enrolled in higher education.

"He had no hope when he came here," said Myrna Contreras, the Director of Student Services. She met Rodrigo when he was first paroled from prison and offered him a new life at Urban Corps. "I knew that he was going to come I gave him my card and I said I will see you tomorrow. I will see you tomorrow and he showed up, the front desk called and said Rodrigo is here to see you and I said have him come in," said Contreras. Myrna was also raised by single mother in a family that was once homeless. Her brothers also joined gangs, so she knows firsthand how hard this was for Rodrigo. "He's just a good guy, and like I said everybody deserves a second chance," she said with tears welling up in her eyes.

In less than two years, Rodrigo is at the top of his class and earned the honor of speaking to his fellow graduates. Rodrigo says it was Urban Corps that gave him what nobody else would, a fresh start. "I am happy, I am proud of myself," said Rodrigo. He wants to become an auto mechanic or an arborist and Urban Corps vows to make that happen. "Yes, yes and after people see this I am sure we are going to get phone calls he is a hard hard worker," said Conteras "He had hope and he wanted to change and he wanted something better for himself."

Whether Rodrigo fixes cars or trees he's living proof it's not how you start your life it's where and how you end it. "They don't see the negative part of me or they don't see the bad side of me they are always just there for me," said Rodrigo.

Urban Corps serves as a bridge to a better life for young adults ages 18-26. For more information, head to their website.

RELATED: San Diego musician takes songs to the streets on his piano bike