"It makes me feel happy when I am helping people," said the 10-year-old. 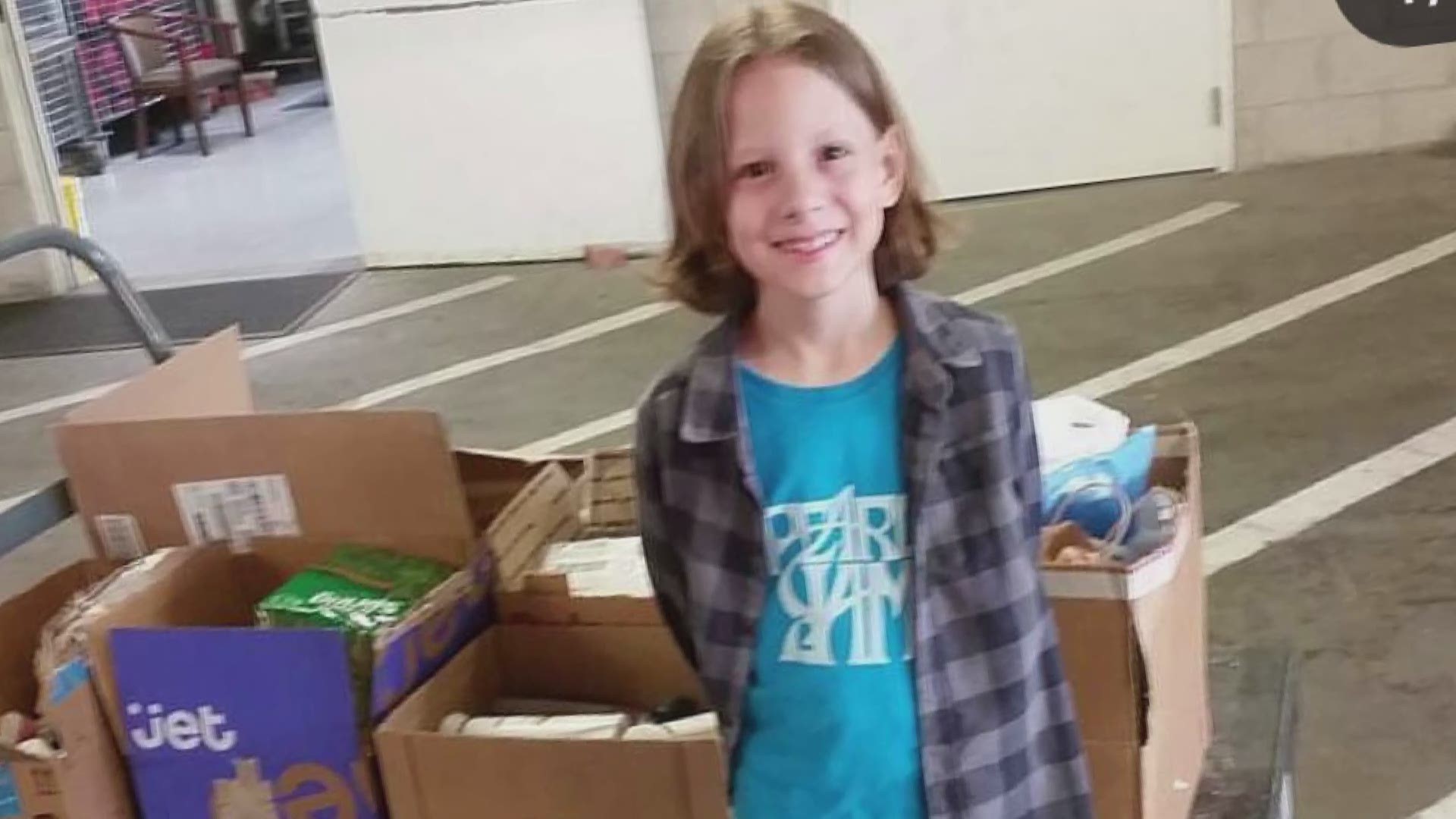 For the past three years, a 10-year-old North County boy has spent countless hours collecting items for families in need at the Ronald McDonald House.  In this Zevely Zone, I went to Vista to meet Mason Harvey.

"It makes me feel happy when I am helping people," said Mason.

Mason started a "You Make a Difference Campaign."

"It might have been something as simple as someone let us go in front of them at line and he said, ‘that was really nice. We need to do something for them,’" said Michelle, Mason's mother.

He gave candy to strangers then supersized his generosity by collecting hundreds of items for a well-known charity. All of those little donations make a big difference at the Ronald McDonald House.

Mason's volunteerism began by handing out gift cards to strangers and quickly snowballed into empowering his neighborhood to donate boxes of food and toiletries to benefit families with hospitalized children.

"You know, some people just get it," said Vince Speitel from Ronald McDonald House Charities of San Diego.

"You have shampoos and creams and shave gels," said Vince.

I asked Mason why he collects all of these items.

"I think the Ronald McDonald House is a great place,” said Mason. “I think it's awesome because they give the families [time] to be with their kids, [be]cause if it were not for the Ronald McDonald House, the kids would have to be at the hospital, and the mom and dad would have to be at the home, and that would just be hard. Even if you are there for one day, they will give you food. They'll give you a place to rest."

"We are very proud of him," said Michelle.

Everyone who donates through Mason gets rewarded with his free goody stand called Mason's Good Karma Stand that comes with a cotton candy machine.

The Ronald McDonald House loves Mason so much they made him part of the team.

"This last time we actually gave him one of our blue volunteer shirts that our front desk wears," Vince Speitel.

Mason tried the shirt on, and it's a little big for him.

He's a boy born to serve.

"Mason, I can almost set my watch by him," said Vince.

Mason has his sixth collection drive scheduled this fall.

Donations to the Ronald McDonald House, such as Mason's, help strengthen families and bolster their psychological well-being during difficult times by keeping families together regardless of their situation or ability to pay.

Mason has completed five food and toiletry drives for Ronald McDonald House Charities of San Diego and he'll be back next week.  If you'd like to help out go to https://rmhcsd.org/