'Miles for Melanoma': Taking steps towards a cure

It was too late to save Gordon Brown's life, but together, we can save others. 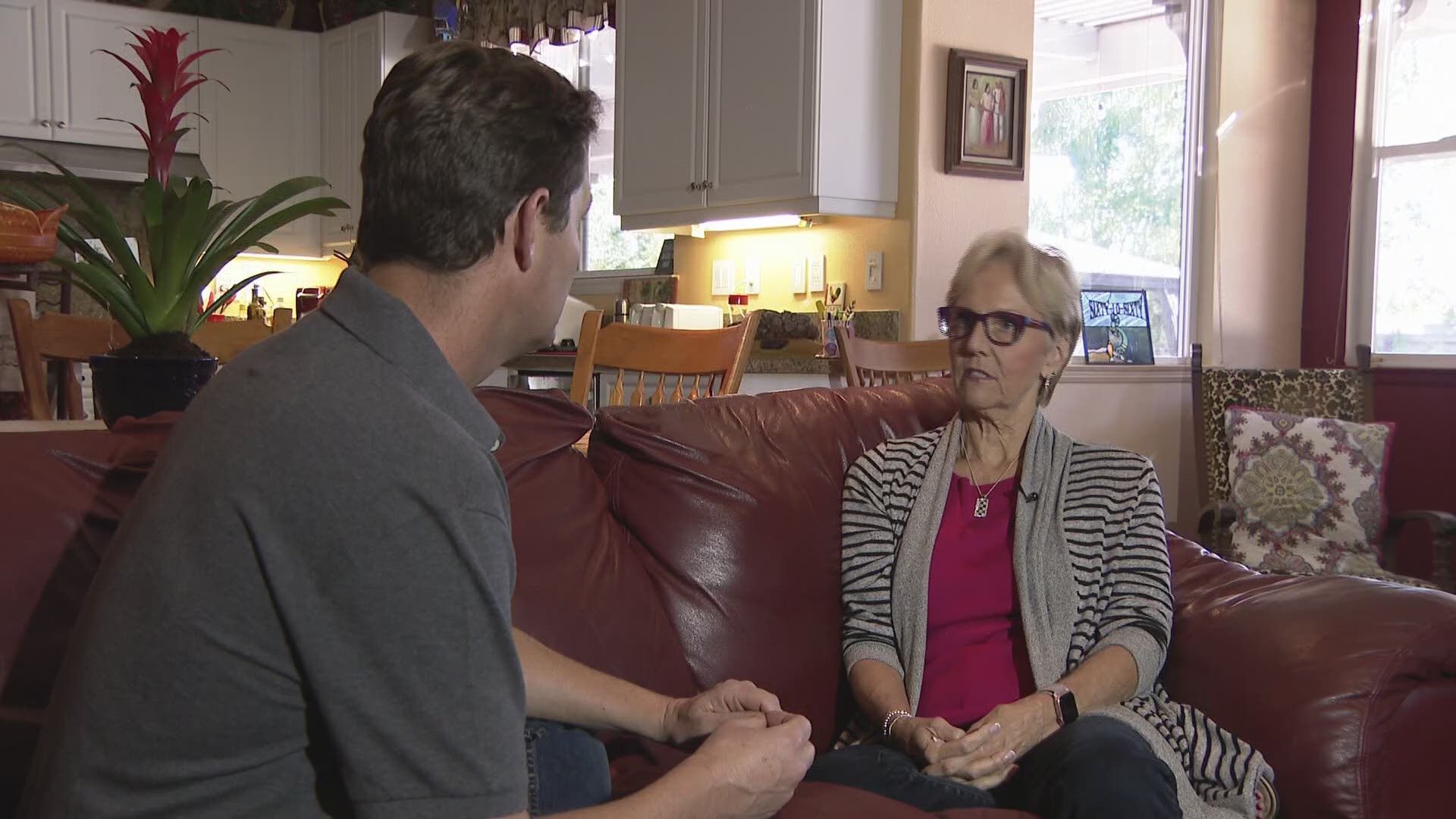 ENCINITAS, Calif. — "All of these years later and you are still grieving?" I asked Sue Brown at her home.

"It is a grief that never fully goes away," said the Olivenhain resident.

Sue watched my story in March when melanoma was cut out of my back, and she couldn't help but think about the husband she lost to the same disease.

"[He was] very fun-loving. Great sense of humor. Just enjoyed playing with the kids," said Sue speaking about her late husband Gordon Brown.

Sue told me the similarities between our stories are striking. Gordon was 45. I was 48. We both had two kids. We both had melanoma on our backs. I got lucky and he didn't.

"You listened to your wife," said Sue. "He waited."

My wife, Heather, who is a registered nurse at Kaiser Permanente, spotted a blemish on my neck that turned out to be nothing.

However, during a skin screening, the dermatologist found the melanoma, which was removed. Sue spotted a similar growth on Gordon's back in the early 1980s and urged him to see a specialist too.

"I told him to get it checked out, but unfortunately, he had been told by a primary care physician that there was nothing wrong with it," said Sue. "By the time he did go and have it checked, he was in stage 4 [of cancer]."

In 1989, News 8 did a story with Gordon and he was in high spirits. A clinical trial using the drug Interleukin II put Gordon's cancer in remission.

"Then unfortunately, 10 years later, it showed up in his brain," said Sue.

Gordon died in 1999. He would have turned 66 years old this November.

"It makes me more sad than mad," said Sue.

She can't help but feel Gordon and her family got cheated. His two boys grew up without him and there are grandchildren Gordon will never meet.

That's why Sue supports the Miles for Melanoma 5k Run/Walk.

RELATED: Summer in San Diego: How much sun is too much?

Sue wanted to thank the event's many participants and sponsors, in particular, her longtime employer, Torrey Pines Bank. Sue says her co-workers participation and financial support from Torrey Pines Bank have been invaluable.

Sue is hoping other families like hers won't miss out on the memories. We flipped through pictures of Gordon with his boys and old friends. He was smiling in every picture.

"He was a really fun dad," said Sue. "It is unbelievable how fast the time goes."

The 2019 Miles for Melanoma San Diego 5k Run/Walk is on Nov. 2 at DeAnza Cove Park. Proceeds benefit the Melanoma Research Foundation (MRF). Melanoma is the deadliest and fastest growing form of skin cancer. For more information or to make a donation, click here.