Mother and son watch the 'Wheels of Change' help the homeless

The non-profit organization run by the Alpha Project pays homeless workers 13 dollars an hour to pick up trash. 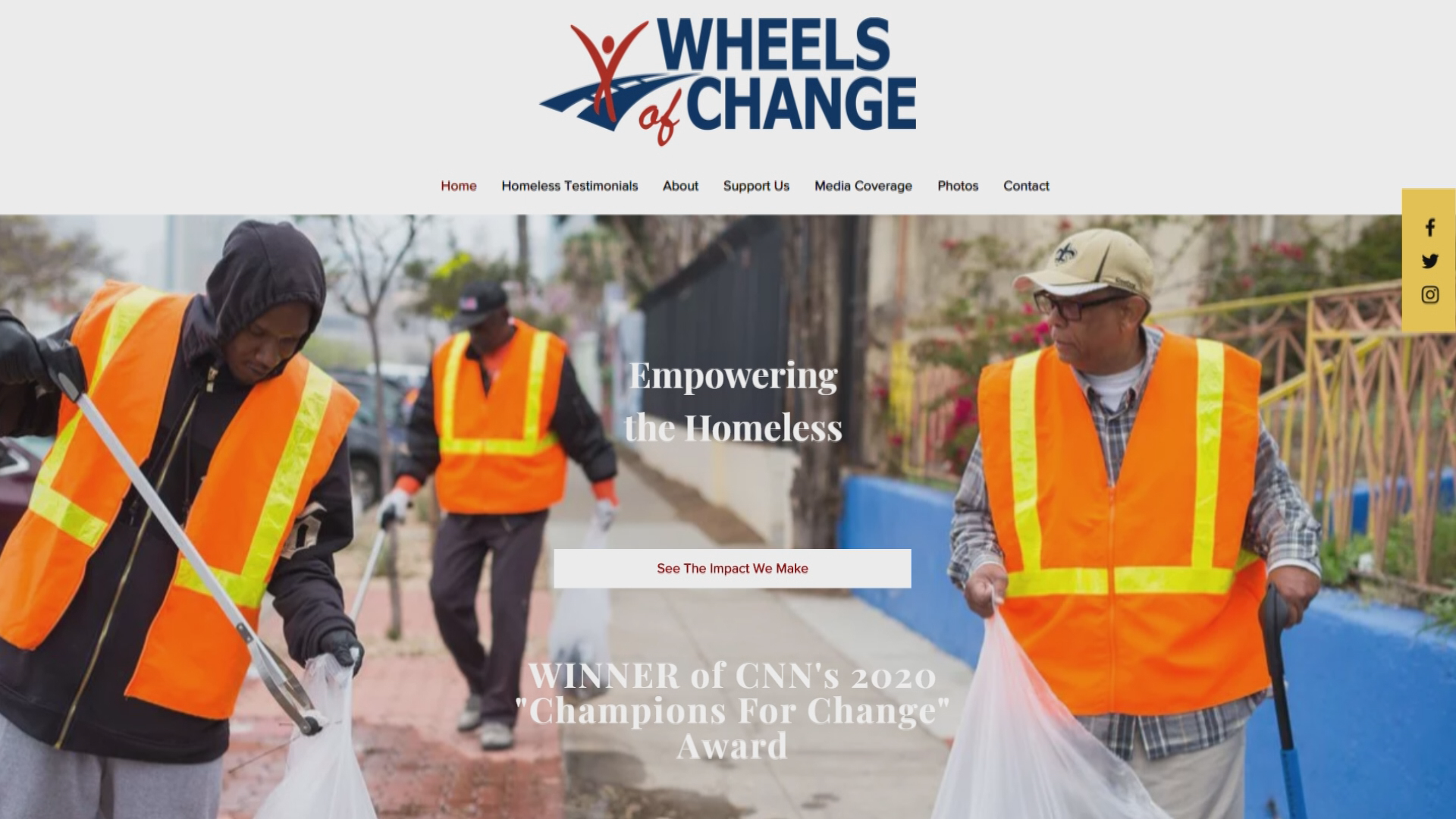 SAN DIEGO — A mother and her son are helping put thousands of homeless people to work with a program called "Wheels of Change."  In this Zevely Zone, one of the founders showed me how the non-profit organization continues to grow.

Wheels of Change is a work program for the homeless that a teenager, Kevin Barber, launched with his mother Carolyn Barber in 2018. Carolyn says two years ago her son Kevin watched a TED Talk and learned about a work program in New Mexico. "So we ended up taking a plane to Albuquerque and checking it out for a couple of days. You know it was amazing," said Carolyn.

Carolyn and Kevin put their own program in motion and called it Wheels of Change with the help of the Alpha Project and Mayor Faulconer. With over 11,000 homeless individuals on our streets, the program just doubled in size and is on track to offer 5,000 four-hour jobs to the unemployed. "This gives them a reason to get up in the morning. It gives them a reason to work," said Carolyn.

It also gives some people a reason to live. Carolyn says a woman named Susan is one of the programs' greatest success stories. She went from standing on the Coronado Bridge attempting to commit suicide to leading a whole new life.  "She is just a fantastic woman," said Carolyn.

At "Wheels of Change" homeless individuals clean up trash in the community for $13 dollars an hour.  At the end of the workday, individuals may also be offered shelter and/or social services. This connection to services is a key aspect of the program. As for Carolyn, when her son Kevin headed off to college, she filled her empty nest with community service.

"I had cancer twenty years ago and I was working in investment banking at that time," Dr. Carolyn Barber reinvented her life and became an ER physician where she combined her passion for people and medicine by writing a book. "The book is called Runaway Medicine: What You Don't Know May Kill You," said Carolyn who believes universal healthcare could be possible with a reshaped system. "People are paying are paying their deductibles, they are paying premiums they are paying co-pays," said Carolyn. She believes if healthcare were more efficient it would provide for more people.

Until then, "Wheels of Change" is focusing on picking up trash and people.  "I mean we are just so proud of them. It doesn't take that much to help people," said Carolyn. She said 56 cites have visited the program, including LA, San Francisco, Dallas, Seattle, and Vancouver.