Historians say the exhibition is not complete without your pictures, diaries and input. 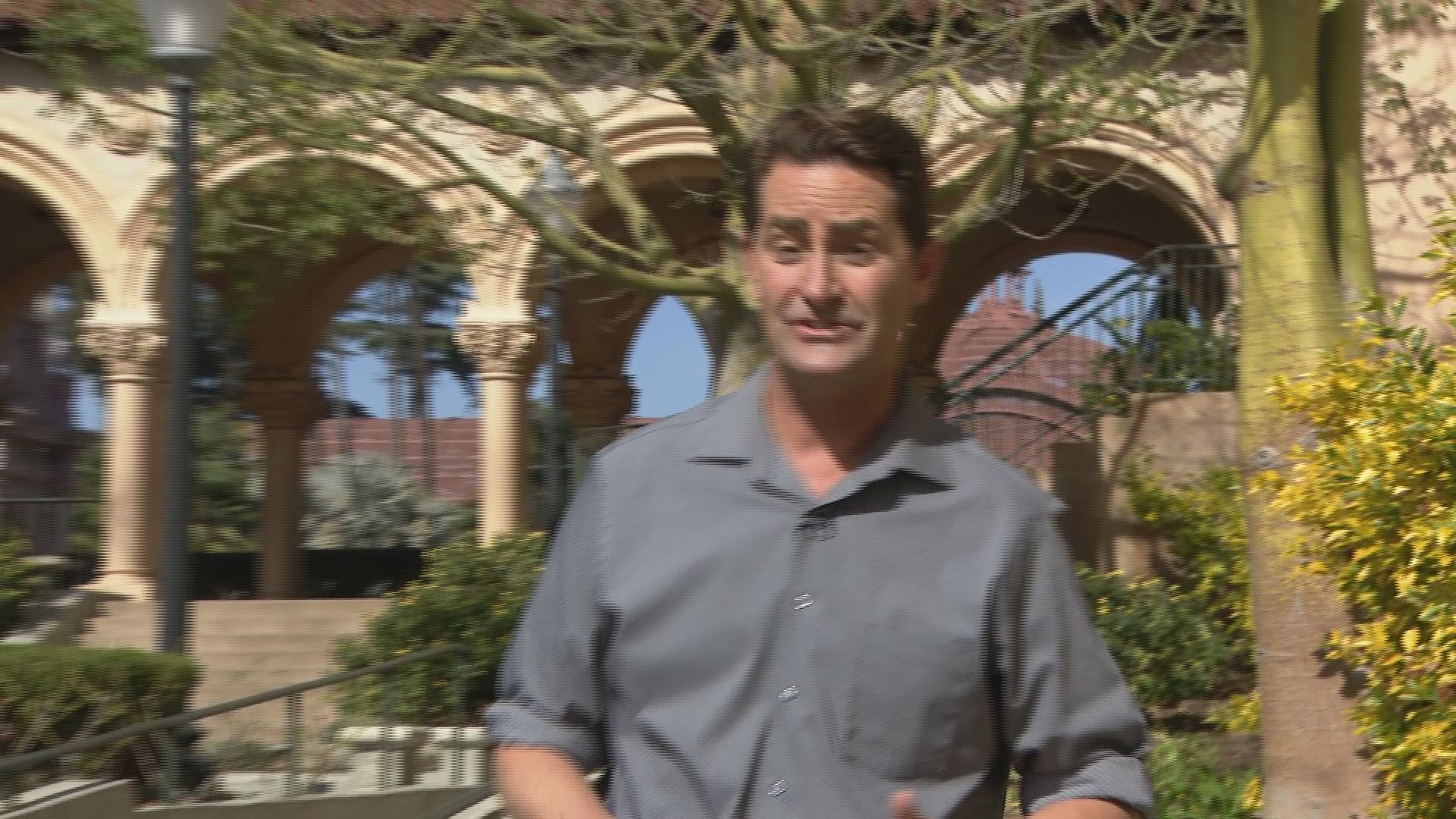 SAN DIEGO — The San Diego History Center is honoring Black History month with a new exhibit called Celebrate San Diego: Black History & Heritage. In this Zevely Zone, I went to Balboa Park to see an exhibition that the local historians say is not complete without your input.

"I don't think any cultural history can ever be celebrated enough," said Shelby Gordon from the San Diego History Center. She was standing in front of a timeline that honors Black History in San Diego County. "I'm a San Diego native so for me it is both invigorating and very illuminating," said Shelby.

Celebrate San Diego: Black History & Heritage is both virtual and physical, so although the San Diego History Center is currently closed to the public, they'd love for San Diegans to visit the virtual exhibit.

The exhibit starts in 1798 and tells a story all the way through 2021. "There are things that are on this timeline and things are being submitted to us that I had no idea about," said Shelby. Among the many highlights, the exhibition features Nathan Harrison who was a freed slave from Kentucky who moved to Palomar Mountain in the 1850's. "He is a rock star he was a legend at one point he was the most photographed man in San Diego," said Shelby.

When the San Diego History Center reopens to the public visitors can enjoy a Nathan Harrison exhibition that will have a replica of his cabin. Visitors can even take a virtual Model T ride to the top of Palomar Mountain where Harrison lived.

In 1924, when many Black artists faced discrimination, Hotel Douglas welcomed Duke Ellington and Billie Holiday with open arms. "The Douglas Hotel was a premiere venue for Black artists--they could walk in the front door they were going to see themselves in the audience," said Shelby. In 1919, the first Black Americans joined the San Diego Fire Department and in 1948 Johnny Ritchey became a Padre.

The exhibition features dozens of important dates in San Diego County's Black History. "It's not really for us to say if it was too fast or too slow, we are just glad it happened," said Shelby who told us this exhibition is a work in progress. She wants San Diegans to step forward with pictures and diaries to fill in the gaps. "Tell us what our timeline is missing," said Shelby.

In 1970, San Diegans stood up against the resurgence of Ku Klux Klan. One picture shows a sign that read, 'Smash the Clan'. The protesters were standing up against bigotry. "Absolutely, absolutely," said Shelby. "That is just the other thing that really surprised me. The Civil Rights movement is something that I know but something that I really didn't feel until I saw this. I found myself down in the archives. We are all here I want to ensure that our full story is told."

If you'd like to see the virtual exhibit or submit your additions to the San Diego Black History timeline click here.