Tears of joy, pride and agony as Brian celebrates with his parents at the finish line after 13.1 miles. 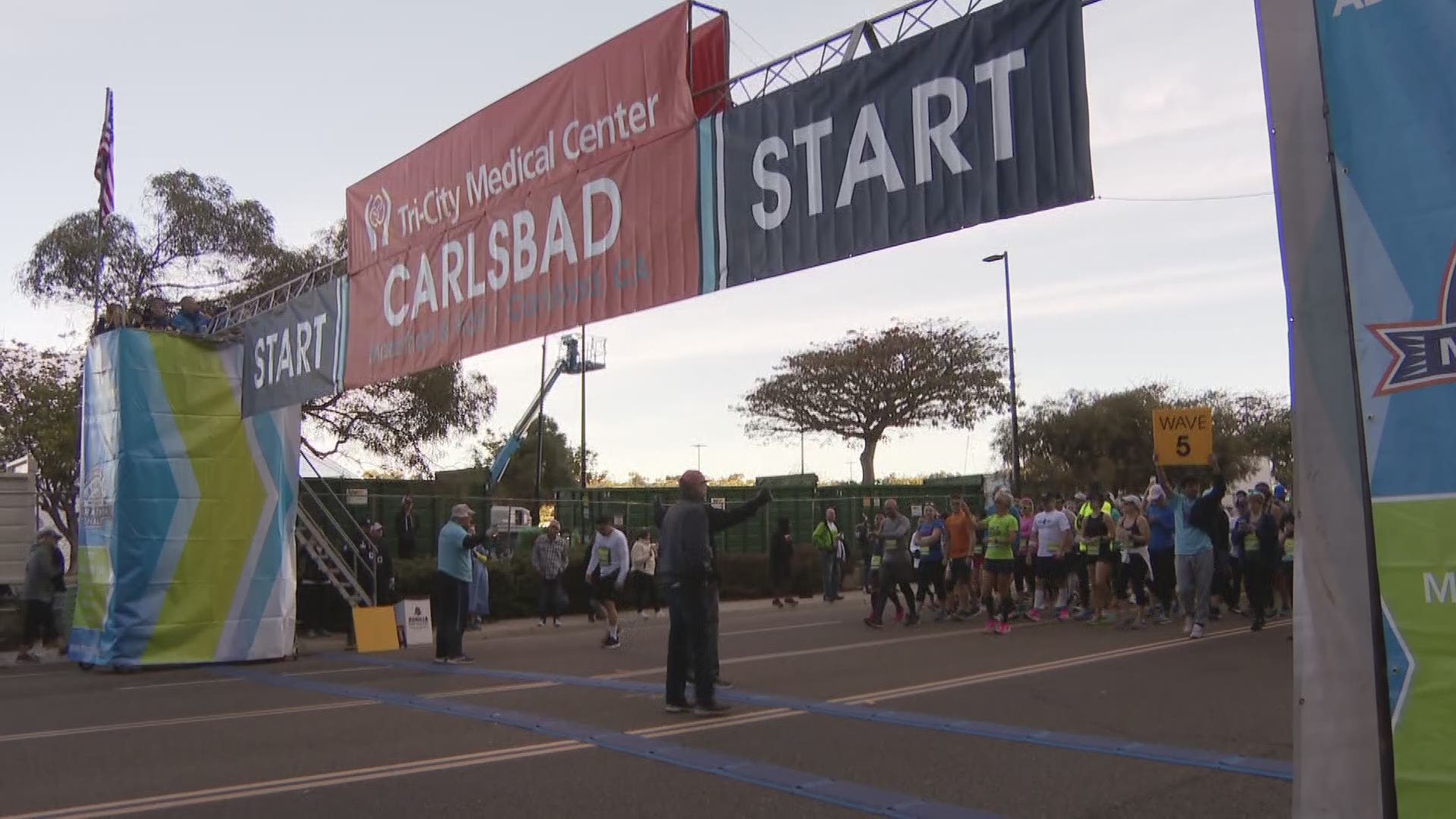 CARLSBAD, Calif. — As he waited at the start line of the Carlsbad Half Marathon Sunday morning, Brian shared how he felt with me. "Tension, anxious pressure, I want to finish in under two hours. I've never felt so much adrenaline in my life."

Brian was ready to run the race of his life for his mom and dad. "He is nervous he is very nervous," said Mary and Howie Thole who flew in from Minnesota.

"Your segment is called the Zevely Zone. Well Brian's got his own zone," said Howie. Brian knew that if he waited to see his parents at the finish line he couldn't give up. "He actually said, don't call me, don't text me, don't come over...and we are only a block and a half from his place," said his mother, Mary.

Brian used to weigh more than 340-pounds before changing his diet and undergoing gastric bypass surgery. "As they were wheeling him into operation room he looked at me and said 'Pop, this is a life changer for me," said his father.

Brian has already lost 160 pounds and counting. "It's amazing. You want to say he's a different man he is the same guy inside but he is so happy and we haven't seen him that happy in many, many, many years," said his mother.

I found Brian at about the ten-mile mark. He was hurting but undeterred. "Looking good Brian. How are you feeling?" I said.

"This is hard but I thought three miles ago I was going to chuck it as fast as I can," said Brian.

"Your parents are waiting for you at the finish line!" I reminded him.

Brian walked part of the race but never stopped moving forward. "It's hard I think; my ego got the best of me," said Brian who was frustrated he would not be finishing the race as fast as he would have hoped. "You're going to do this. Time means nothing. The finish line is everything," I said trying to encourage him.

The finish line wasn't just the end of his agony. "[The] hardest thing I have ever done," said Brian.  It was the beginning of his new life.

Brian's mom spotted him in the crowd near the finish line and huge hug followed.

"Good job!" said Mary and Howie over and over to their son. "How does it feel?" they asked. Brian responded, "Just hold me up." "Good job son, incredible, incredible you did it," said his parents.