Before the likes of Britney Spears, Dodie Stevens was one one of the original pop stars. 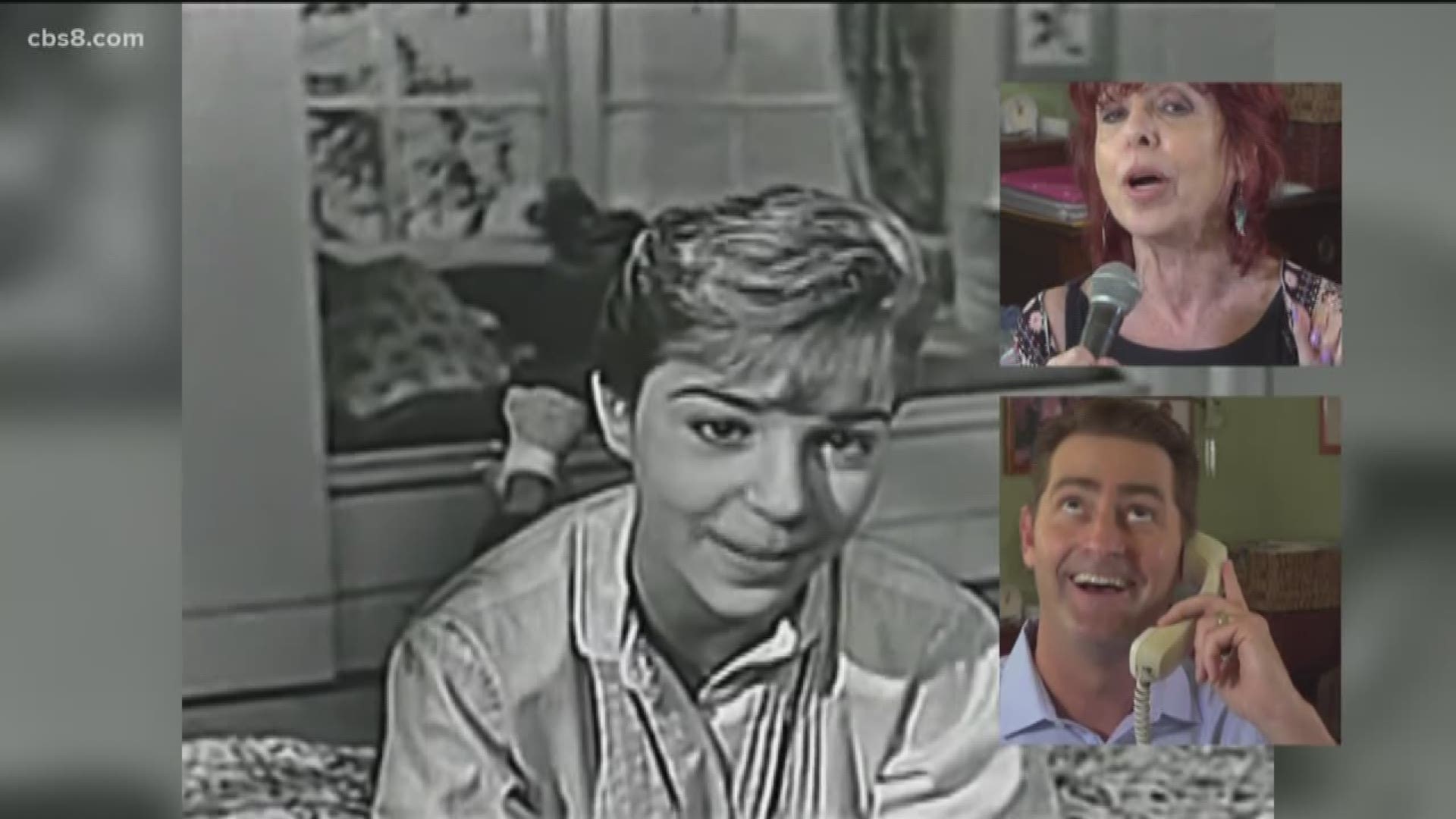 SAN DIEGO — In 1959, a song called "Pink Shoelaces" raced to the top of the pop music charts. Jeff Zevely from the Zevely Zone traveled to Vista to meet the performer of that classic, Dodie Stevens.

Before the likes of Britney Spears, Dodie Stevens was one one of the original pop stars.

"I was famous," said the 73-year old musician at her Vista home.

In 1959, her hit song "Pink Shoelaces" was one of the hottest songs in the world - and Dodie was just 13 years old.

Dodie moved from Chicago to Los Angeles with nothing to lose and was cast in three movies including "Hound Dog Man" playing Fabian's girlfriend.

"Heartthrob. He was an idol like Shawn Mendes is these days," said Dodie.

She went on describing the pictures of famous faces that crowd the walls of her home:

"I opened the show for Bob Hope," said Dodie. "This is Brenda Lee's birthday party - her 16th birthday. This is Mike Love from the Beach Boys and I was doing a background gig for him."

"When people start clamoring over you and screaming because they want to get next to you and they want your autograph, you can get a big head. You can think, 'I guess I am very special,'" she said.

In the late 1950s, Dodie really was that famous when novelty songs like "The Purple People Eater" were all the rage.

"And so 'Pink Shoelaces' fit right in there - it was perfect," said Dodie.

Everyone and their brother might have have bopping along to the silly song but Dodie?

"I did not like the song, it was not the kind of song I was listening to on the radio," said Dodie reflecting 60 years later on the song that changed her life.

"Pink Shoelaces" is the song she closes every show with because it's still the one the crowd adores.

Dodie Stevens will perform "Pink Shoelaces" and some of her new music in a concert at WildWood Crossing in Vista on Saturday, July, 27. For more information visit DodieStevens.com.