Where does your morning cup of coffee come from? 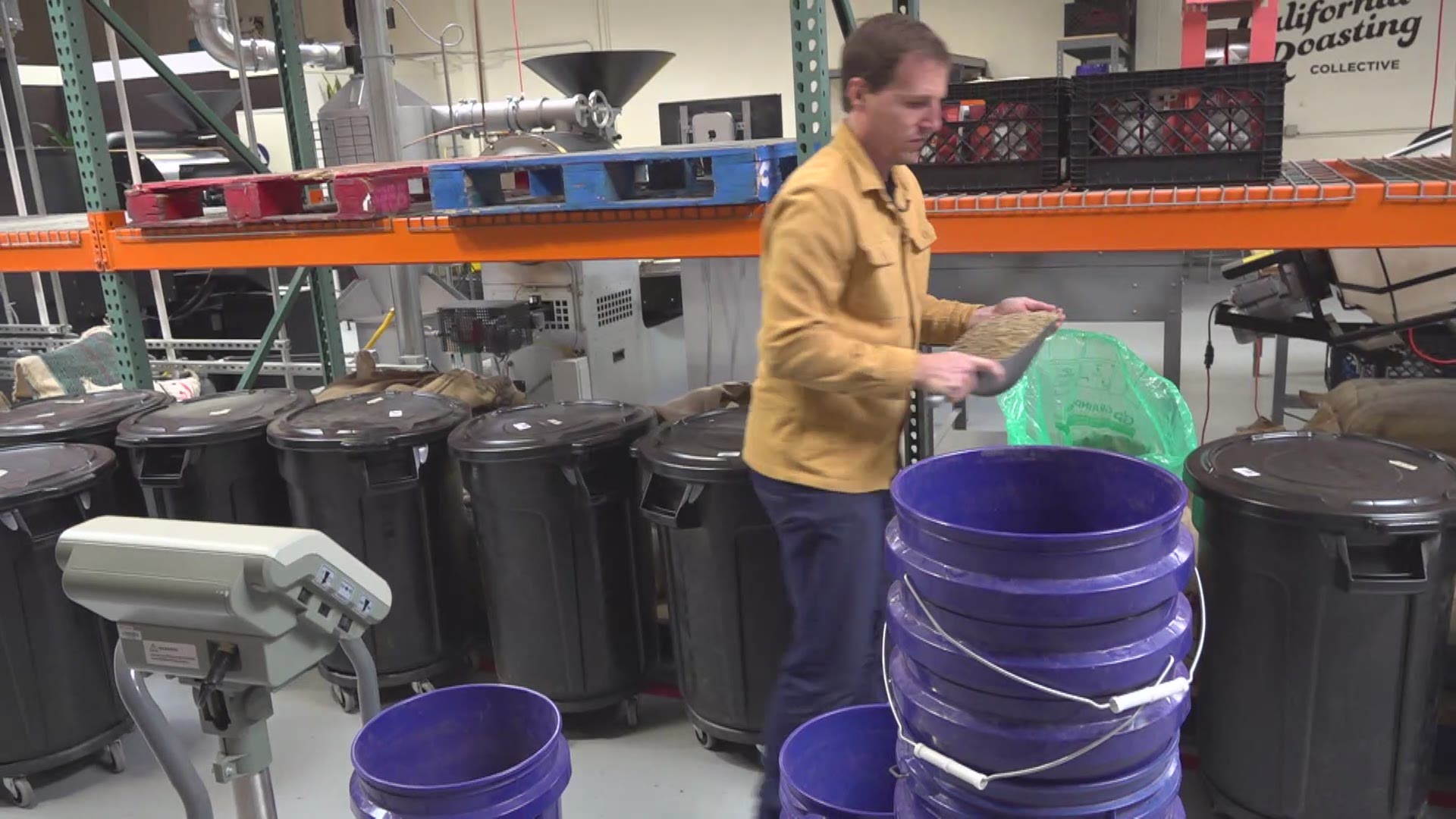 SAN MARCOS, Calif. — When was the last time you stopped to think about where your morning cup of coffee comes from?

In this Zevely Zone, I went to San Marcos to learn about the humble beginnings of an award-winning coffee roaster.

"This is what the coffee looks like before it's roasted," said Elliot Reinecke.

We met at his coffee roasting collective in San Marcos where there were bags and bags of coffee from far off places. As a kid, Elliot didn't know what he wanted to grow up and become.

"I couldn't even tell you, truthfully, said Elliot. But after college, Elliot started brewing coffee in a shed behind his home.

Somehow Elliot convinced his wife to spend $8,000 on a coffee roaster he spotted on e-Bay.

"She said 'Why are we buying this roaster' and I said 'If we can somehow sell some coffee to some friends and family we can eventually pay it back,'" said Elliot.

To do that, Elliot built his own coffee cart which lead to a second $60,000 roaster.  A third roaster followed.

Along with his roasting collective in San Marcos he owns Steady State Roasting, a coffee cafe in Carlsbad Village. Elliot supplies the cafe by traveling the world for the best beans.

He says most Americans don't realize coffee is a commodity that many farmers are pressured to sell for 90 cents per pound.

"The problem is a lot of the farmers, especially the ones that we buy from, it costs them between $2.50 to $5 per pound maybe more to produce one pound of coffee," he said.

Elliot believes if farmers are forced out of business what you and I pay for a morning cup of coffee could double which is why he meets farmers face to face and pays them what they ask.

When Elliot travels he speaks Spanish and Portuguese.

But his business practices are, he just won the coveted Good Foods Award. The guy's a perfect gentleman.

Even if he likes to slurp his coffee. Which he encouraged me to do as well. "Slurp... nice, you're a natural," he said.

Elliot wasn't born in a barn but he did start this business in a shed.

"Now I think I know what we want to do and I think we are doing it," he said.

What I call slurping, Elliot calls cupping. He offers free tastings to the public every Thursday at 1 p.m. at Steady State Roasting. Whether you are a true coffee aficionado or if it's just your first time, he passes no judgment. Each cupping has different coffees or roasts to try, so every week has a new surprise. For more information go to www.steadystateroasting.com.