Annika Noelle who plays Hope and Scott Clifton who plays Liam talked about the fate of their characters and what's in store for these two star-crossed lovers. 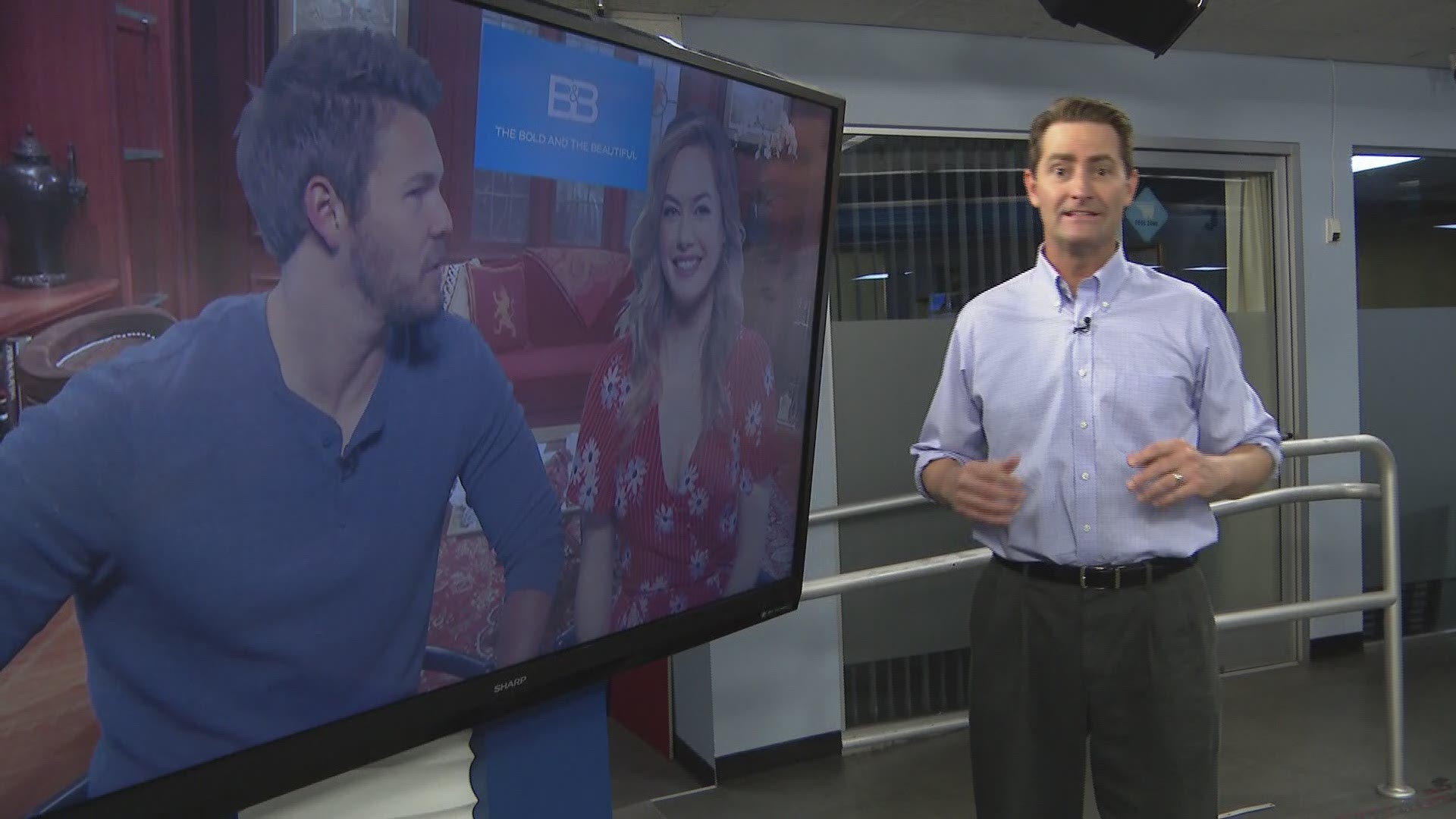 SAN DIEGO — It's been a hot summer of deception and lies on "The Bold and the Beautiful." I recently traveled to Los Angeles to meet the show's cast in the Zevely Zone. Now, we deliver a juicy follow-up.

For two hours, two of the biggest stars on "The Bold and the Beautiful" gave a satellite interview to some of the biggest TV markets in America. Here in San Diego, our newsroom superfans Kurt Boyd and Lou Weiner asked the tough questions.

I asked the two if they were ready as I powdered their noses with pancake make-up.

Annika Noelle who plays Hope and Scott Clifton who plays Liam were visible on a huge monitor in our newsroom. They were ready for Kurt and Lou's Q&A.

Scott and Annika talked about the fate of their characters, what's in store for these two star-crossed lovers and how the fallout from the truth about the identity of Liam and Steffy's baby finally being exposed will affect virtually every person in their orbit.

Until now, both Liam and Hope were under the impression their baby Beth had died during childbirth, but instead it seems, their healthy baby was taken at the hospital and sold into a black market adoption.

For the entire year, Hope's been crying about the baby she lost, but things are looking up: baby Beth is alive.

"It is the light at the end of the tunnel. Yes, I feel like I have been running a marathon. I see the finish line," said Scott and Annika.

"When Jeff went and interviewed you, he talked about us but we do exist," said Lou.

"We are the guys in Jeff's story. I am Kurt who you guys refer to as the 'baby hater' and this is Lou. He is a big 'Bold and the Beautiful' fan," said Kurt.

Lou quickly came to Kurt's defense: "Kurt does not hate babies by the way."

To which Kurt said, "I do not hate babies, for the record. I got a bit irritated about how long it was taking for you to find your baby but I don't hate your baby."

Kurt can be a bit cynical about the plot line but sweet Lou won Hope/Annika's heart.

"Hey Lou, we are in this together, OK? We are going to get through this and it's going to be alright. I promise," said Annika from the set last week.

"Guess what, Lou? All this time, all of the build up: it's happening this week so you better tune in," said Annika.

Scott and Annika then added, "It's a really big week the secret is finally coming out. [It's] pretty explosive. It's going to affect all parties involved in one way or another and depending on what kind of fan you are you are either going to be so happy or really mad at us."

What a soap opera! Sure enough, Kurt and Lou watched the very next day and something bold and beautiful happened.

"Oh my god, Louis. Do you have a Kleenex? I am about to cry. This six-month travesty is finally over and you know what? We can finally get back to work," said Kurt.